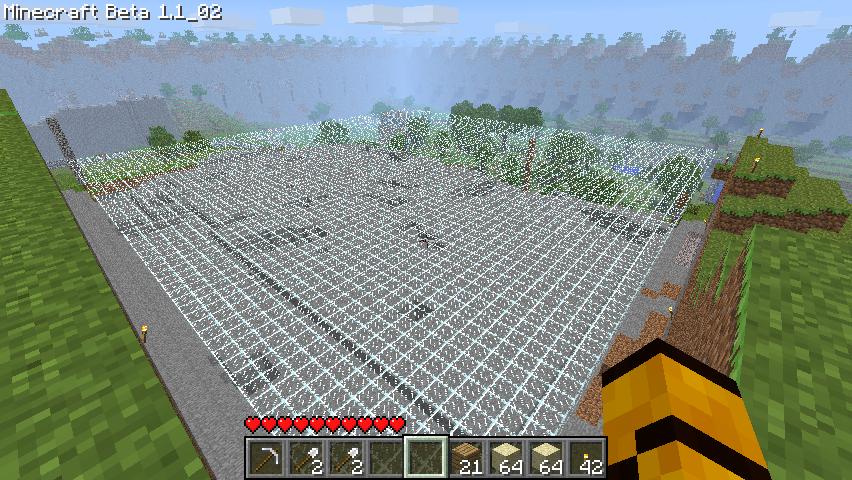 As much as I have enjoyed playing Minecraft so far, the honeymoon that we once shared is all but well and truly over. That doesn’t necessarily mean we’re doomed to a never-ending stream of lacklustre mining expeditions, though — read on, dear reader, to explore my Minecraft journey so far and see what turned me off.

At first, I didn’t get the point of Minecraft. “So you build stuff in an environment that’s totally made out of blocks? Cool story bro.” It just didn’t seem all that appealing. I mean, I get the whole 8-bit appeal and what Minecraft as a whole represents to indie gaming (as evidenced by Mojang going up big guns like BioWare in such showdowns like The Escapist’s March Mayhem among lots of other prestigious gaming awards that don’t quite come to mind now), but what really is the point of it?

It wasn’t until very early this year that I realised that yes, Minecraft is one of the better games  I had ever played. Some say this epic tale starts with seven friends bored with their existing repertoire of multiplayer games, wanting to try something new that all of them could play, some say that it was two of the seven introducing the others to something that they would go on to spend playing until the wee hours of the morning, forgetting things like meals or toilet breaks (that latter part may not be entirely true).

Hours passed. Days, even. Meals were definitely put off for hours at a time, or skipped altogether. Who needed sleep when you could play Minecraft?

All good things must come to an end, however, and this particular LAN party did as well. We went out separate ways, and that was the end of my first major encounter with Minecraft.

It wasn’t until I was back in my own room later that week that I realised there was so much more to Minecraft than the paltry-in-comparison structures I had built on our group Minecraft server. Like the OCAU server, for example — a server epic in proportion and scale. With all the prerequisites met and no real idea of what to expect, I plunged in and found none other than epic vaults, intricately detailed castles and mansions, and a still-under-construction railway system for much of the map.

Fast forward a few weeks and I’m working on my own project (probably about 60% complete at this stage).

Here’s where it starts to go downhill due to two factors. You see, Minecraft is updated periodically to add new features and to fix bugs. That’s great, but (most) severs run plugins and extensions that prevent griefing and other non-sanctioned shenanigans by patrons of the server. Certain items such as lava and flint are also restricted to help curb the amount of damage any one user could do. Such is the case with the OCAU server. Now, the issue lies with these plugins not maintaining compatibility with newer versions of Minecraft. The sever has two options: update and essentially lose plugin compatibility, or stay at a stable version and keep the existing plugins. OCAU went with the latter option, which meant that the Minecraft clients of people wanting to play also had to downgrade to the same version of Minecraft that the server was running. A huge pain in the posterior for all involved.

But what about the original multiplayer server? The one with friends? Well, that was still around. I had somewhat abandoned it in favour of the OCAU server, because it had it’s own issues, but the straw that broke the camel’s back was the political shitstorm (apologies for the language, no other expression fits quite as well) that happened shortly after my return. There was much controversy about whether to build a secure location for individual storage of stuff that was precious, such as diamonds or other rare materials. Much controversy is probably an understatement, actually. Ever since then (the server is still alive and well today) I’ve felt playing on the server isn’t as a friendly place as it used to be. Perhaps it’s just me, though, and perhaps no one else on the server feels the same way.

In summary: Minecraft is still awesome, don’t get me wrong. It’s a great game that is best enjoyed with friends and played in small groups, preferably where you can communicate with other players via voice. Going on epic mining/cave exploration/random digging trips with another mate is nothing short of a really good time and gives a good sense of camaraderie, and building epic structures has it’s appeals too.

At the end of the day, as good as Minecraft is, there’s really no denying that it’s a huge timesink. A killer of productivity. Add to that the fact that server politics and all that updating nonsense, and sometimes it feels like it just isn’t worth it anymore. I’m sorry I feel this way, but Minecraft — it isn’t you, it’s me.