Right, so I actually hate it when I leave my computer alone for a day. It pretty much gaurantees that I’m gonna have 1500+ RSS items to read the next time I’m on, which means a solid hour of looking through them, trying to find ones good enough to post up on here. In any case, I’ve somehow managed to find 16 that are worthy of your attention today, in between all the Uni stuff, and all that. So enjoy. Or else.

6 Dreams Jobs That Would Actually Suck
Yet another list from Cracked. Interestingly, it’s all on the one page, instead of the idiotic “12 items spread over 4 pages” deal that they usually do. Props to them.

Usability Analysis of Apple.Com
It’s not so much usability, as it is transparency. If a site is usable, then all those “features” of usability will also be transparent to the user – if some site is harping on about how “usable” it is, then it probably isn’t.

A Pic of Some Girl’s Tee
While some would consider this inappropriate, what’s so inappropriate about a girl with a T-Shirt that says she loves G9? I have a couple of mates that love the Logitech G9, as well. (Thanks, Digg). Bonus points if you thought the other meaning – then noticed the amount of tatts on her arms. Ugh.

A Sith Lord Timeline
As much as I hate to admit this, I’m not that huge a fan of the Sith. Maybe it’s the fact that they’re all evil, or maybe i’s because all of them seem to adorn strange headgear – either way, the Dark Side just doesn’t do it for me.

I Survived The Bush Administration
…and all I got was: (tick all that apply)
crippling national debt
diminished civil liberties
illegally wiretapped
my shoes stolen at the airport
cavity searched
invaded
imprisoned without charge
abducted, then tortured
an economy in crisis
…AND this lousy T-shirt. (Thanks, Digg.)

How-To: Watch Movies In Your Terminal Window
This comes to you courtesy of Stupid Geek Tricks. The quality is horrendous, I wouldn’t recommed it. Also note that this trick is for Linux users only.

The 30 Best Features of Windows 7
Most of these are actual valid features, unlike the “Why Windows  is better than Mac” article from the same people. Most of these features are also the reason that I’ll be running a Windows 7 gaming machine. Ooh, yeah.

iTunes App Sorting Concept
Apple – this would have worked from the beginning. Please, I’m sick of manually sorting apps on my iPhone, and it’s a major pain when you’ve got a couple of very full homescreens.

7 Ways To Make Your Laptop Battery Last Longer
Seriously? I expected “hacks”, not a list of common sense reasons.

Top 10 Halo 3 Kills, #15
An excellent montage of excellent Halo 3 kills. I had no idea some people could be so accurate with the sniper rifle!

The Kogan Agora, Android-phone.
Is it just me, or does that look like it’s made of incredibly cheap plastic? Fail.

Googly-Eyes Clock
If I could only figure out how to tell the time on them.

Space Invader Ice Cubes
Because you can, that’s why. And personally, why the hell not?

Why does this iBook have a BSOD?
Who knows. In any case, it’s a marketing fail. Everyone knows that iBooks can’t run Windows, therefore, no BSOD is possible.

Phew – that’s it. Apologies if my comments were getting a little rash as I approched the end – sometimes, you just have to click on the link to find out for yourself.

Long story short: My week this week consisted of a trip up to Devonport to stay at Rob’s place.

On Saturday, we went to the aXon Ube|2gasm LAN – a LAN party of epic proportions.

It was unfortunate that the NoSpoon clan got pwned in the CS:S tourney at aXon -we got really, really pwned. It was embarrassing.

Anyway, Rob will have photos up soonish – so I’ll just link him here: www.jawapro.com 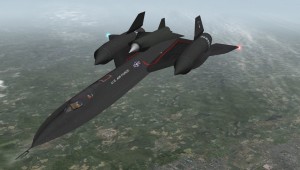