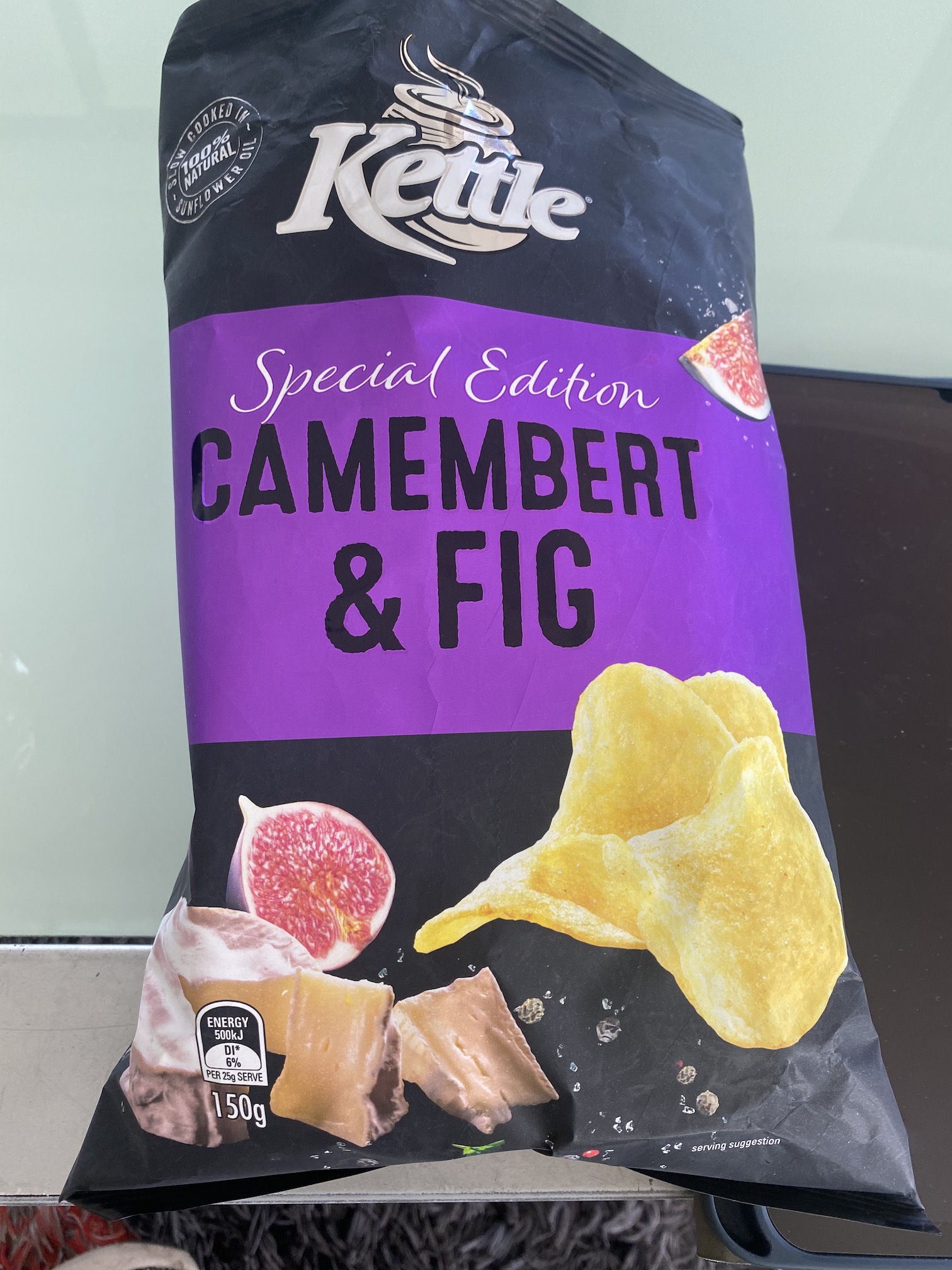 The last time were were at the Gold Coast, one of my travelling companions picked up a packet of Kettle chips. Camembert and fig flavoured, Kettle chips. I had a few, and they were surprisingly nice. I’ve never knowingly had camembert cheese before, so I can’t tell you whether they tasted like actual camembert, but they were definitely cheesy. All the while still having that satisfying crunch typically associated with Kettle chips.

I’m no foodie, as I’ve said before, but at the time I had no idea what flavour they were. I asked my friend, and he told me the flavour. Intrigued by the taste, and eager to taste it again, that kicked off a search for the chips when I was back in Brisbane. I must have visited over a dozen Coles, Coles Express, Woolies, and Woolies Metro stores in Brisbane over the course of a fortnight before finally giving up and declaring that it was simply not possible to purchase the blessed chips in Brisbane. From what I remember, they were even showing up as not available online.

Fast forward a couple of months, and we’re back at the Gold Coast, this time staying over the weekend as another kind of getaway. Out of sheer curiosity, I visit the same Coles where we bought the chips in the first place, and lo and behold, there they are. The chips that were seemingly impossible to obtain in Brisbane, just sitting on a shelf in a Coles on the Gold Coast. I wouldn’t have believed it unless I saw it with my own eyes. And, as luck would have it, they were even on special.

It wasn’t until much later that I learned the true pronunciation of camembert, much to the amusement of the friends I was talking to at the time. To their credit, they didn’t immediately ridicule me, not even after I mis-pronounced it twice.