It&apos;s common knowledge that OpenGL has faster draw calls than DirectX (see NVIDIA presentations like this one if you don’t want to take my word for it), and it has first access to new GPU features via vendor extensions. OpenGL gives you direct access to all new graphics features on all platforms, while DirectX only provides occasional snapshots of them on their newest versions of Windows. The tesselation technology that Microsoft is heavily promoting for DirectX 11 has been an OpenGL extension for three years. It has even been possible for years before that, using fast instancing and vertex-texture-fetch. I don’t know what new technologies will be exposed in the next couple years, I know they will be available first in OpenGL.

via Why you should use OpenGL and not DirectX – Wolfire Games Blog. 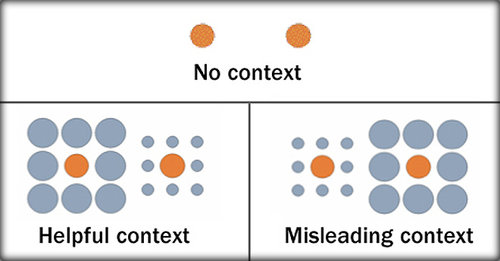 This unusual triumph of kids over grown-ups suggests that the brain’s capacity to consider the context of visual scenes, and not just focus on parts of scenes, develops slowly, say psychologist Martin Doherty of the University of Stirling in Scotland and his colleagues. Even at age 10, children lack adults’ attunement to visual context, Doherty’s team concludes in a paper published online November 12 in Developmental Science.

I’m a huge fan of Apple and almost everything they make because they have an incredibly effective design process and release strategy that facilitates the creation of consistently great products. Even when they screw up, the magnitude is usually far lower than with other software companies: I’d rather use Apple’s worst than Microsoft’s best.

App review isn’t inherently a flawed concept — the current system just has some problems. Apple has fixed many of the problems we’ve had so far, but this is the one glaring exception that, despite what may be happening behind the scenes, appears to the public as if it needs the most help and is receiving the least attention from Apple.

via Marco.org – Why don’t I leave iPhone development?.

I’ve heard this before – it’s not that the App Store review process is inherently flawed, it’s just that some parts are quirkier than others.

By and large, the App Store works – there’s no way you’d reach the audience you do with the App Store than if you just tried to do your own little marketing. The 30% cut that Apple take is a small price to pay for what is essentially, worldwide marketing…