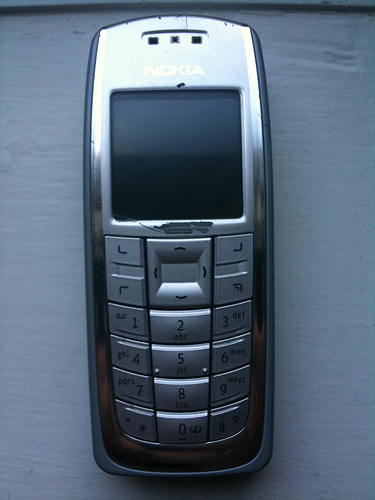 Two Years Ago Today, This Was Still My Phone

via Two Years Ago Today, This Was Still My Phone on Flickr – Photo Sharing!.

Okay, so I had the same phone as Mr Gruber himself? Heh.

That we had to wait two years for the iPhone’s text selection and pasteboard is a good example of one aspect of the Apple way: better nothing at all than something less than great. That’s not to say Apple never releases anything less than great, but they try not to.2 This is contrary to the philosophy of most other tech companies — and diametrically opposed to the philosophy of Microsoft. And it is very much what drives some people crazy about Apple — it’s simply incomprehensible to some people that it might be better to have no text selection/pasteboard implementation while waiting for a great one than to have a poor implementation in the interim.

via Daring Fireball: Copy and Paste.

I’d actually go so far as to say that Apple made the decision not to release copy and paste until now, iPhone haters be damned. If it’s worth doing, it’s worth doing well, and that applies to the iPhone just as it applies to any other mainstream consumer electronics device. And they do say that imitation is the sincerest form of flattery, eh Palm? 😉

Even with all of 3.0’s numerous improvements, it’s hard to think that this shouldn’t have been the OS that shipped with the device back in 07. People have commented that iPhone OS 3.0 should have been there from the start – but look where we’ve come! That, ladies and gentlemen, is progress in it’s finest form.

“Apple’s iTunes Plus files are DRM-free, but sharing the files on P2P networks may be an extremely bad idea. A report published by CNet highlights the fact that the account information and email address of the iTunes account holder is hidden inside each and every DRM-free download. I checked, and I found I couldn’t access the information using an ID3 tag editor, but using Notepad I found my email address stored inside the audio file itself.”

Late enough, Slashdot? This was “news” when iTunes Plus was released TWO YEARS AGO.

And no, John Gruber, I don’t remember a time when Slashdot carried cutting-edge, breaking news. Was there ever?

Here’s the story that’s mentioned in the Daring Fireball link, as well as the actual story on DF itself.