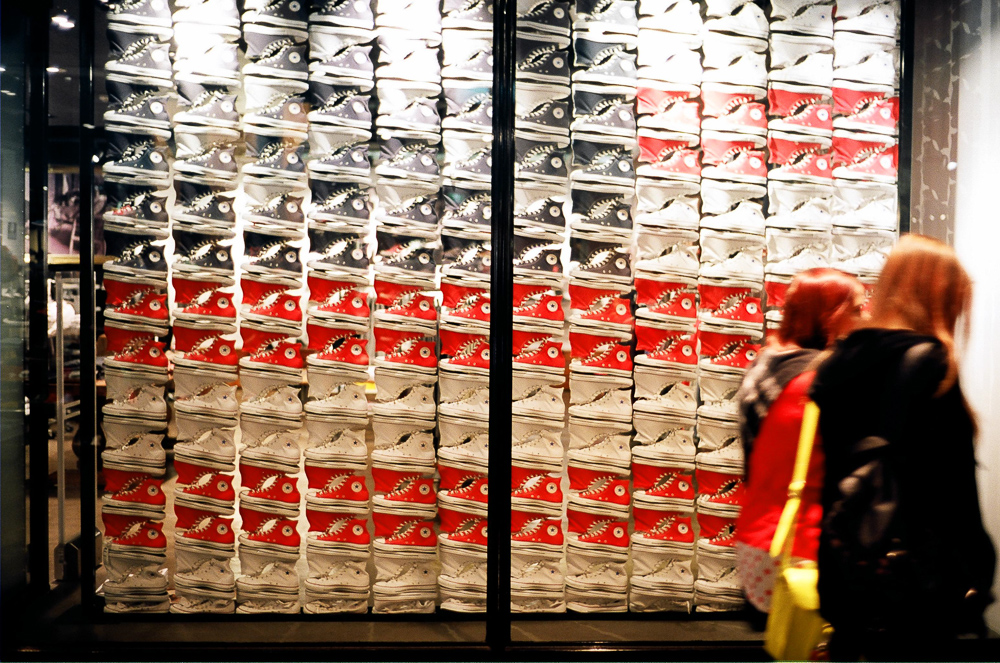 Wouldn’t it be great if you didn’t feel pressured to take photos all the time? Because digital is cheap, it means we have this idea that we have to capture everything. It’s terrible if you even have the smallest of compulsive tendencies, because you’re probably taking photos of the most random things possible in your never-ending quest to document anything and everything.

Paul Miller returned to the internet yesterday after a year of no internet, and a lot of what he talked about was how the internet has trained us to give us that instant hit. Click a link, get a webpage. Google something, become enlightened. Hit a keyboard shortcut, send a tweet. Of course, a lot of other stuff happens behind the scenes to make those things happen, but this instantaneous feedback loop that the internet provides is something we should be more cautious of, in my opinion. I mean, It’s probably why people get burnt out more than they used to — in fact, it’s probably why burn out is a even a thing. No-one got burnt out before the 20th century, and you know why? Because they didn’t have the internet. They didn’t have the internet to give them that instant information hit they so badly craved.

Film photography is kind of like that. Not like the world without the internet or anything, but a world where photography teaches you patience. You’re not crimping every shot to see if the lighting was right, to see if the focus was okay, or because you didn’t expose to the right. You’re not re-taking shots because you didn’t like the direction the wind was blowing, or because a car got in the way of that building. Well, maybe you are — but you’re not doing it over and over again, just so you can make sure at least one of your shots is useable. You’re not firing off bursts of shots just to make sure you get that one shot that you can actually use.

And when it does come time to finish off a roll of film, you’re waiting for the development process. If you develop your own film, I tip my hat to you; I don’t think I could without going insane waiting for all the various steps. I’d much rather just give it to someone else to handle, forget about it for a day or two, then come back and grab the processed film and the scans, which I can then just load into my computer.

No mess, no fuss.

It seems that a good 85% of my photography these days is film. In a world where digital SLRs can shoot crazy numbers of frames per second (seriously, have you heard the burst rate on the 1Dx?), it’s even crazier that at times, 36 frames is too many. Having to shoot random frames to finish off a roll of film that I’m itching to be developed isn’t exactly uncommon. I’m not sure whether this is poor planning on my part or just a reality of film photography, but I do it all the time.

I find it nothing short of weird that 36 frames is at the same time too many frames, and yet, not enough.

Too many frames because film teaches you this idea that every frame counts. You only have so many shots before you have to reload your camera with another roll of film, so you make every one count. But then you finish shooting whatever you’re taking photos of, and what happens? You’ve still got a handful of shots remaining on the roll. So what do you do? Do you shoot a few fun ones just to finish it off, or do you wait until you actually have something worth taking photos of? Because I’m impatient and have more rolls of film stockpiled than I know what to do with, I usually opt for the latter. Being able to see my eagerly-taken photos is also a plus.

But at the same time, 36 frames are not enough. It’s nothing compared to any recent-ish DSLR. My 60D, for example, can do 5.3fps quite happily — whereas I can probably manage perhaps one frame a second on my manually-advanced film rangefinder. Don’t get me wrong, I totally understand where a high burst rate comes in handy. Sports photography, for example, or if you’re an amateur like me and want to make sure that you’ll get at least one photo worth using, and the more shots you take, the larger chance that has of happening. And if you happen to capture more than one frame that is usable, well, what’s the big deal? Digital is cheap, remember?

Revolvers are described as six shooters. Film rangefinders, then, are thirty-six shooters.