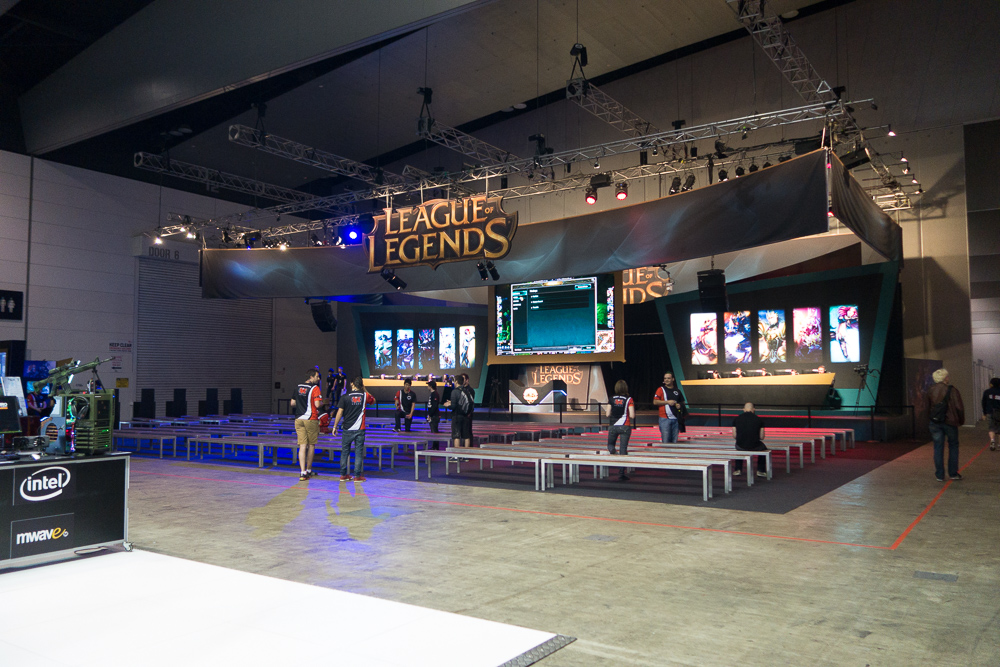 Riot was in attendance at PAX Australia this year, and they were back with an even bigger presence than last year. Throughout the weekend, they ran their Oceanic Regional Finals tournament as well as casual games between PAX attendees, and let me tell you, their area was packed all the time — unlike last year, this time they came prepared with seating as well as ample standing room for spectators.

They tell me League of Legends is similar to Dota in that it’s a massive online battle area or action real-time strategy game, whichever acronym you want to use. The only real differences I know between the two off the top of my head is that there’s no “denies” in League, and the laning setup is a little weird — I saw people being referred to by their lanes, as opposed to the roles they played during the game. People played “top” or “jungle” instead of “carry” or “support”, for example, but that’s about all I know about League. I like to think I have a fairly good understanding of Dota at this point, but taking a few minutes to sit down and watch a game being played, I had no idea what I was watching. Subjectively, it also looks worse than Dota does, but that’s neither here nor there.

But not only do I not get League on a gameplay or mechanics level, I don’t understand it on a popularity scale, either. I read articles saying League makes more money than Dota and Hearthstone combined, but then I’ve also heard it’s the most popular title in terms of player base. That seems wrong for all kinds of reasons, but I’ll list just one: the biggest Dota 2 tournament in the world, The International 4, had a total prize pool of $10.9 million, with the winners taking home over $5 million. That ludicrous sum of money made headlines in traditional sports, not just e-sports, and so for a game like League to come in and say they’re bigger than Dota is pretty crazy.

I mean, I guess the numbers are by total revenue and not prize pools for tournaments (two of which at the moment have prize pools of over $200,000), but still.

Just about the only thing that makes sense is the acronym formed by the title of the game: LoL.