For 50 years, residents of the French village of Pont-Saint-Esprit have tried to understand the “cursed bread” incident, a moment of terrifying mass insanity and hallucinations that left at least five dead and dozens in asylums. Now the mystery is solved: the CIA secretly spiked the bread from the bakery with enormous quantities of LSD as part of its cold war mind-control experiments, at least according to recently uncovered documents. 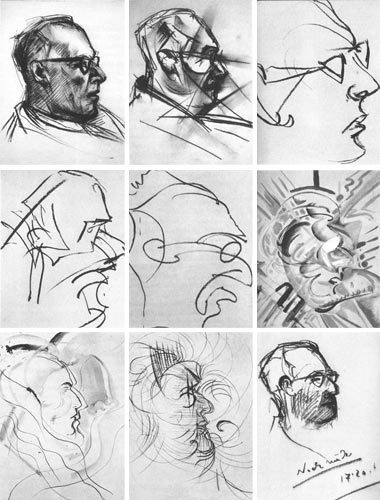 Acid Trip of the Day: Nine drawings by an unknown artist taking part in a government-sponsored LSD experiment in the late 1950s.

The subject was asked to draw a portrait of his attending doctor at various intervals throughout the experiment.