Let’s step back a tiny bit to recall with wonderment the idea that a single company decided to drive cars with custom cameras over every road they could access. Google is up to five million miles driven now. Each drive generates two kinds of really useful data for mapping. One is the actual tracks the cars have taken; these are proof-positive that certain routes can be taken. The other are all the photos. And what’s significant about the photographs in Street View is that Google can run algorithms that extract the traffic signs and can even paste them onto the deep map within their Atlas tool.

Google Street View wasn’t built to create maps like this, but the geo team quickly realized that computer vision could get them incredible data for ground truthing their maps. Not to detour too much, but what you see above is just the beginning of how Google is going to use Street View imagery. Think of them as the early web crawlers (remember those?) going out in the world, looking for the words on pages. That’s what Street View is doing. One of its first uses is finding street signs (and addresses) so that Google’s maps can better understand the logic of human transportation systems. But as computer vision and OCR improve, any word that is visible from a road will become a part of Google’s index of the physical world.

via How Google Builds Its Maps—and What It Means for the Future of Everything – Alexis C. Madrigal – The Atlantic.

A super-cool read on why Google’s Maps product might be the best thing on the web since Google itself (and why it’ll always be better than whatever Apple can come up with in this regard).

Google drove cars practically everywhere — on multiple continents, in different countries, states, territories — and took photos while they were doing it. That’s pretty mind-blowing in and of itself, but when you consider they can then use that information to enhance digital maps back in Mountain View? 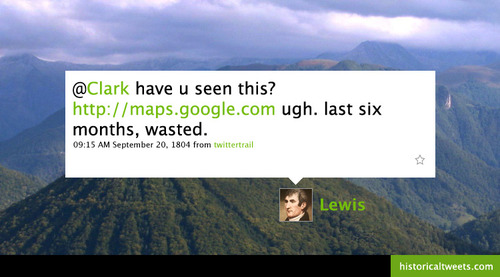