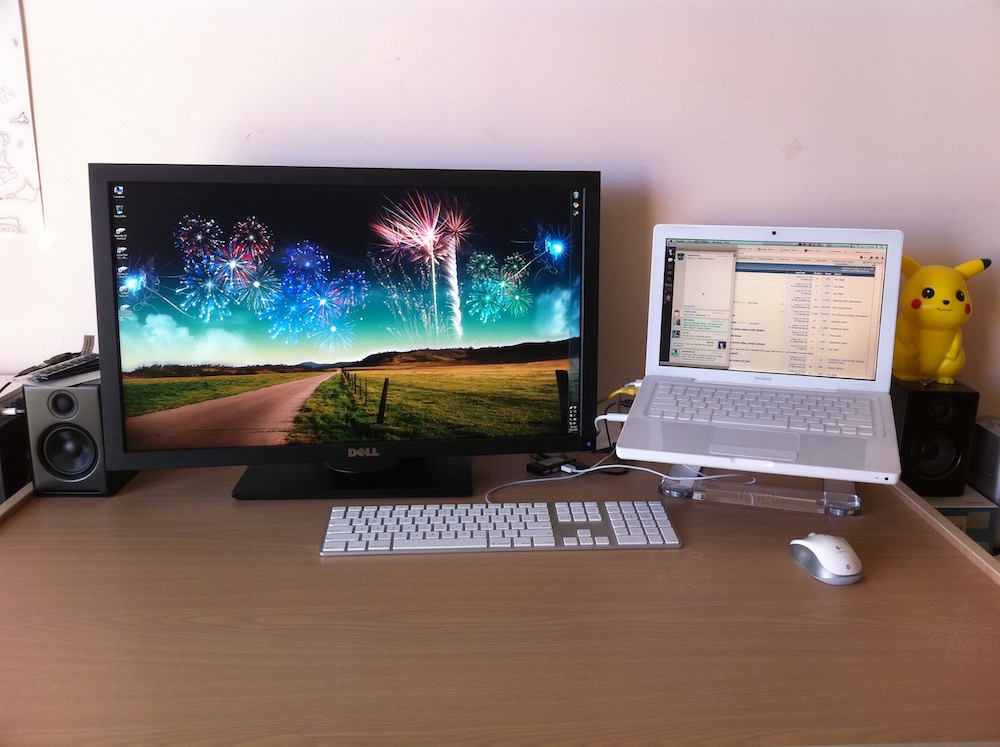 Simpler times. My setup from November 2010, featuring a Dell U2711 beside my white MacBook of the time.

If I’m honest, I was a little early to the 4K train. Had I known about the Retina-class displays that would be coming out not that long after I purchased my first, current, and only 4K display, I would probably have waited a year or two. That’s not saying I don’t love my Dell P2715Q — having a 4K, 60Hz, IPS display in late 2014 for under $1000 was a pretty sweet deal at the time — but had I known about the higher pixel density displays that were coming out, I might have waited. But predicting the future of technology is a fool’s game, and hindsight, as they say, is 20/20.

Retina-class displays are a mess. You can count the models you can currently buy new on one hand, and none of them come in under $1800. The introduction of Apple’s own Studio Display means there’s now exactly three models you can buy new today, making it an exclusive club indeed. LG’s UltraFine 5K, Apple’s own Pro Display XDR, the Apple Studio Display… and that’s it! There are a bunch of older models that you can’t find new today, but even at “peak Retina” a few years ago, there were never more than a handful of models available that came with roughly 220ppi. There are some that come close, like LG’s UltraFine 4K, but even then that costs over $1000 today, which would otherwise buy you a nice 4K high-frame rate IPS display (more on this in a sec).

Reviews indicate that the Studio Display is a fine display. While it costs similar to what a 27-inch, 5K iMac cost back in the day, with the latter having the price advantage of including a whole-ass computer, there’s still some value there for people firmly ensconced within the Apple ecosystem and want a quality display that’s not the Pro Display XDR and the eye-watering price that comes with it. The Studio Display comes with some innovative features that haven’t yet been seen in any display so far, thanks to the A13 SoC and whatever version of iOS its runs. Centre stage is cool, I’ve read that the speakers sound great, and perhaps most importantly, it probably won’t have the same quality and reliability issues that have plagued the UltraFine 5K, despite the latter being a much simpler display without the bells and whistles of the Studio Display. It turns out that if you want reliability, you strap an iPhone to the display and call it a day. Hey, if it works, it works.

But it’s not for me. A lot of people have been wondering if Apple would ever get back into the display game, and now they have, I’m not so sure that Apple would ever make a Retina-class display for me, someone that wants a quality panel without all the bells and whistles.

I’ve been thinking about upgrading my display for a while now. I’ve had a Dell P2715Q since late 2014, and it’s probably about time I started thinking about my next display. While my dream display — 4K or higher res, 120Hz or higher, and IPS HDR or OLED HDR, doesn’t exist yet, it’s getting close to that time I want something better.

I’d like a Retina-class display as much as the next guy. My primary computer is a Mac, and a 5K, 60Hz display could easily be suitable for both general computing and some gaming, just like my 4K 60Hz is currently. But my choices are either an UltraFine 5K, or Apple’s Studio Display, and neither of those can be had for under $1800. And plus, it just wouldn’t feel like that much of an upgrade for that kind of money. The only real thing they’re offering that my current Dell can’t is higher pixel density.

So what’s the alternative? Thankfully, 4K 144Hz HDR displays are becoming more and more common, and if you’re looking in the 27-inch sweet spot, there are quite a few options.

END_OF_DOCUMENT_TOKEN_TO_BE_REPLACED 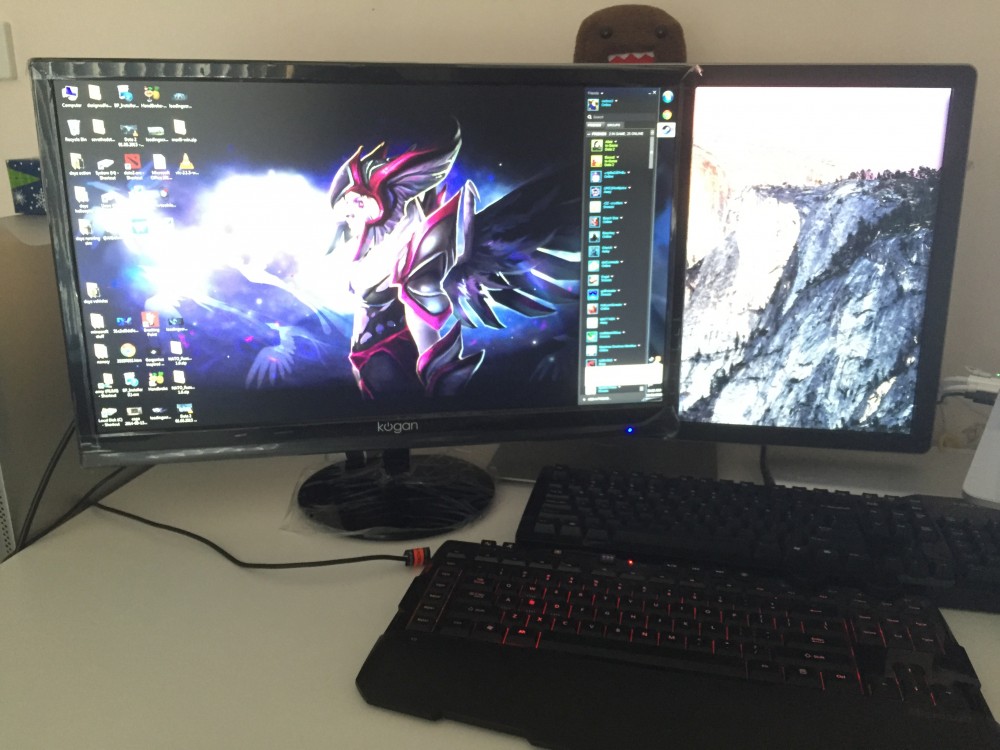