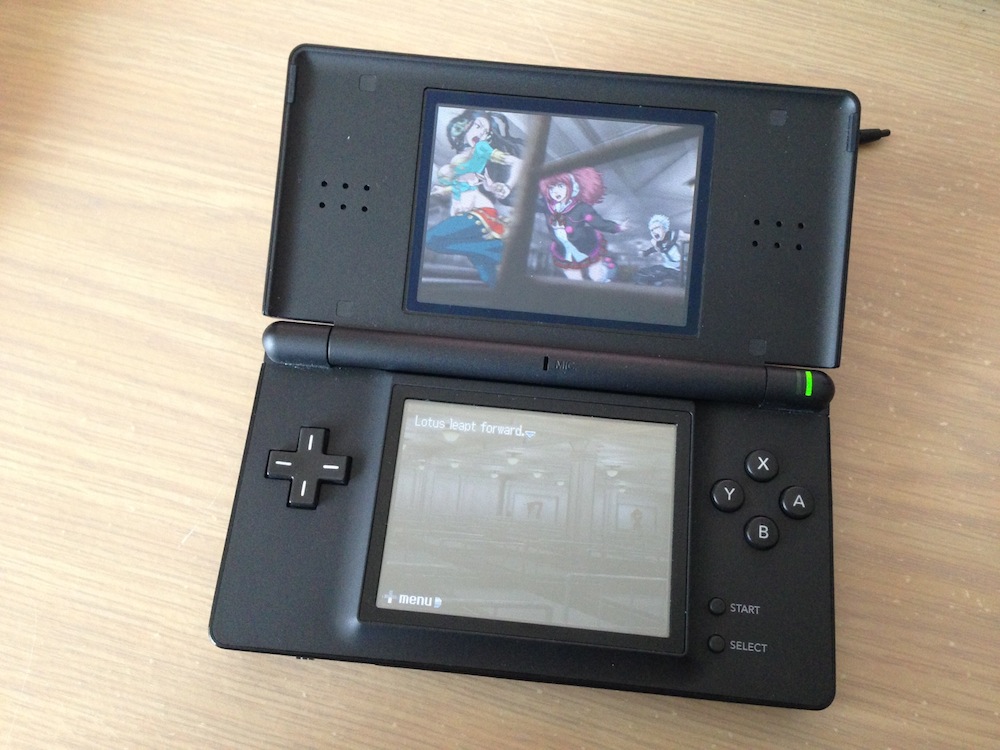 How do you write a review of the best game you’ve ever played?

Excuse me, that was a little melodramatic — but how do you write a review of one of the best games you’ve ever played?

How do you even begin to describe the combination of an incredible storyline, fantastic pacing, and solid gameplay, all mixed into what is easily one of my favourite games of all time?

999 is one of those things I wish I could forget. Not because it’s bad, no, exactly the opposite: it’s so good that I want to be able to experience it all over again. I want to play it again, but it just won’t have the same impact as it did the first time around.

But where are my manners? I haven’t even told you about the game, and here I am, already singing its praises like it’s the best game I’ve ever played.

So we’ll start at the start.

999: Nine Hours, Nine Persons, Nine Doors is a visual novel. It’s similar to games like Ghost Trick and more recently The Walking Dead in that the entire thing is completely story-driven. There’s parts where you actually play the game and make decisions that have some kind of impact on what happens, to be sure, but for the most part, you’re just along for the ride, wondering where it will take you.

999 doesn’t have any kind of spoken dialogue. It means the game comes of as rather text heavy, but that’s par for the course with these kinds of visual novels/interactive stories. The Walking Dead has endless cutscenes, and 999 has text. Lots and lots of text, seeing as that’s kind of the only way it can tell you what’s going on and how the story is progressing. It comes of as text-heavy at the best of times, but it works well — the text isn’t something that ever becomes overburdening at any point, is what I’m saying. The delivery of text is near-perfect, and you never feel like you’re being swamped with information.

When you’re not progressing the story through these semi-cutscenes (which can include the odd decision here or there), you’re playing the other part of the game. You see, gameplay in 999 can be broken into two parts: there’s the story-based cutscenes, if we can call them that, and then there’s the escape sequences. During these escape sequences you’re tasked with escaping from whatever room you’ve found yourself trapped in, and the sequences themselves play out a little like some kind of point-and-click adventure game. In most cases, you find objects, combine them with other objects, and then use them to escape the room — somehow. Sometimes your companions will give you hints on how to use the items you’ve collected, or hints on what you’re supposed to be doing to escape the room, but for the most part, you’re just left to explore rooms on your own.

Yes, you’re not the only one in this story. As the title might suggest, along for the ride are eight other individuals. There’s a few other characters that play minor roles, but for the most part, the eight characters and you are the only ones that really matter — when you meet the other characters for the first time, you’re not really sure who they are, what backgrounds they have, or why they’re with you. All you know is, something out of the ordinary is going on, and it’s up to you to find out what and why.

Actually, that’s not entirely true: the Nonary Game and associated rules are revealed pretty early into the piece by one of the so-called “bad guys”, and it soon becomes clear you’re just a pawn involved in some kind of game. A game where you have to find answers to questions such as: why were you chosen for the game? Why were the others chosen for the game? And perhaps the question with the most elusive answer of all: what is the purpose of the game?

The puzzles you’ll encounter as you play the game are fairly simplistic, for the most part. Usually you’ll be able to solve puzzles by combining objects, using objects with the environment and using some lateral thinking to work out how to escape out of the current room. No puzzle is impossible, although you might find yourself scratching your head on occasion when you just can’t figure out the answer. Random guessing will ocassionally reveal the answer, but some answers simply can’t be obtained by guessing every combination, and indeed, there are cases where doing so would take quite a lengthy time indeed.

Quite a few puzzles involve numbers and the concept of a “digital root”, as that’s one of the key concepts the Nonary Game is itself based around. The digital root is just the digits of any number added until only a single digit remains: for example, the digital root of 5, 7, and 3 would be: 5 + 7 + 3 = 15 = 1 + 5 = 6. Over the course of the game you’ll be using these digital roots to solve puzzles and progress though the Nonary Game; just try not to think about how the numbers do or don’t add up at any given time — there’s enough on your plate as it is without adding that kind of stress.

Solve the puzzles, make the right decisions, and maybe you’ll get to the end of the game.

But that’s just where it all begins.