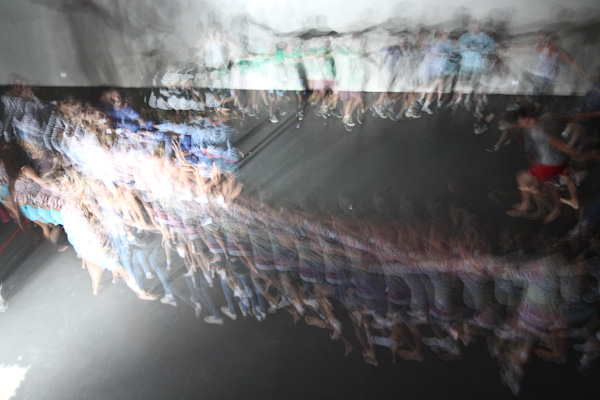 really bad photo, but I'd love to experiment with a strobe more

I don’t know whether I just need more time behind the lens, or whether I’m just pixel-peeping more than I should be, but so much of the time I’m unimpressed with my photography; street or otherwise.

Technically, photography is incredibly complex. So much depends on the three pillars of aperture, ISO, and shutter speed, and when you’re starting out (because, make no mistake, I am still very much an amateur) getting them right to suit the conditions is hard.

So much of the time it’s like the three pillars are the world’s most intricate balancing act. Say you’re shooting people in an area where there isn’t much light. You start off in Av, at f/2.8 with an ISO of 100 — the camera says you’ll need 1/8th of a second, which means camera shake then becomes a factor. Upping the ISO above 800/1000/1250 means you have a more respectable shutter speed of 1/30, maybe even 1/60, but even at those speeds a shot can still be ruined by subject motion. In this kind of situation, what can you really do without adding more light into the equation? More ISO means your photos are starting to be fairly grainy indeed, and you can’t open the aperture any more because you’re already at the limit of your lens (or you want the DOF because nailing focus is hard, etc). Photography in these kinds of situations is seriously challenging, and it’s times like these that make you think: “hey, this stuff isn’t just child’s play”.

Being a perfectionist is hard when you’re doing photography. I’d like to think my composition is good enough most of the time, and yet, when I’m looking at my photos in post at 100%, I’m sorely disappointed to see things aren’t as sharp as I wanted them to be, or that I’ve missed focus even though it looked okay on-camera.

I don’t even know why I crimp shots when I’m shooting — things on that back LCD look so much different than they do when I’m looking at the photos 100% on the computer, and even things that look okay on-camera can turn out to be extraordinarily average when viewed 1:1. In any case, crimping shots is a really bad habit that I’ll try to break.

It’s like Ira Glass said: I know I can do so much better. I know I can improve, it’s just that when so much of my shooting is extremely mediocre, it’s depressing as anything.

It’s somewhat ironic that the only place where I am improving is post-processing. I can now do simple stuff like split toning in Lightroom, and I can even do that Schindler’s List black/white/red effect in Photoshop (I think Sin City also used this effect), as well as selecting the black and white points of a photo in Ps.

To be fair, I don’t really have a good idea of why you would want to do those effects, or how to describe the effect, and for now, my understanding of it is limited to “it looks cool”. I disgust myself.

I guess most of this dissatisfaction with my own work stems from being very well versed in a particular subject area; computers are easy for me, and I understand them well enough to be able to explain most concepts to anyone. Don’t get me wrong, photography is fun, taking photos is fun; doing it well and with understanding is something that I’ll just have to work on.

But doesn’t that come hand in hand when learning something new? Everyone sucks to begin with; some people then quit, but others go onto future greatness.

At the moment I’d settle for consistently mediocre, but I think I’m getting there. Slowly. 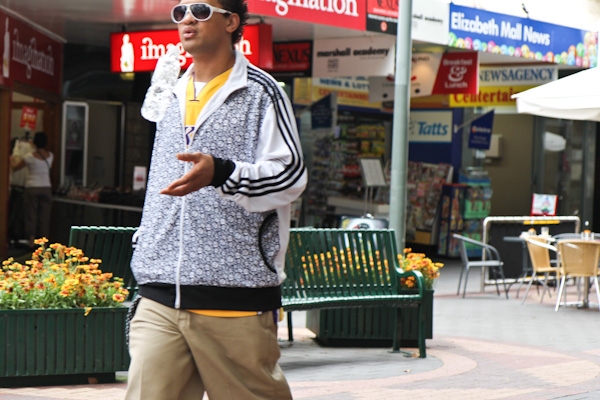 some dude flippin' a water bottle