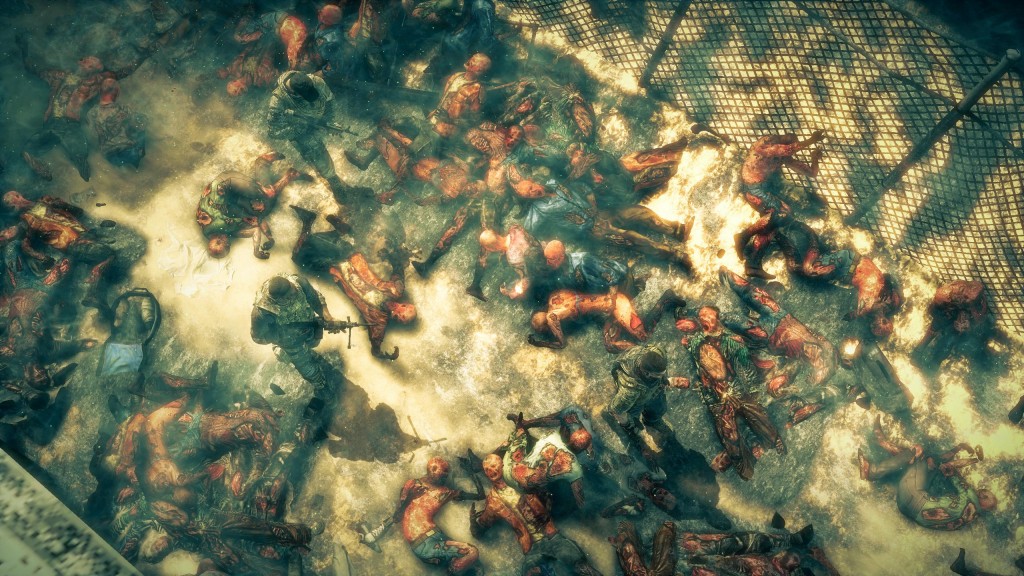 Spec Ops: The Line is a game unlike any other in recent memory. It asks a lot of you. It’s emotionally exhausting, and it’s the biggest eye-opener to war I’ve ever played.

More on that in a bit. For what it’s worth, there will be a few spoilers along the way. I have endeavoured to keep the spoilering to a minimum though, in order for you to enjoy the game in its entirely at a later date. Thank me later.

My expectations for Spec Ops started out as they usually do when a new shooter appears on my gaming radar. The usual “ooh, new shooter!” excitement accompanied by a Google-ing of a PC demo. I found none, but I did end up watching the trailer on my 360, only to be incredibly disappointed: there wasn’t anything appealing here, just what seemed like a massive grind through an extremely linear level structure, doing the typical shooter thing; i.e. shooting things. Disheartened, I moved on and promptly forgot about the initially promising shooter that turned out to be nothing I hadn’t already played before.

Fast forward to a few weeks later, when I’m going through my usual gaming feeds to see if there’s anything new. I come across the Destructoid review of Spec Ops, along with The Verge review of the same. I decide to read their reviews out of curiousity, to see if they came to the same conclusions as I did when I had simply watched the trailer.

What I read wasn’t just unexpected, it was flabbergasting. What The Verge and Destructoid described wasn’t the boring, cookie-cutter shooter I had seen in the trailer, but a masterfully put-together commentary on war and its effect on everyone involved.

And then I watched the Zero Punctuation review on a game that had piqued my interest for the second time around, and I realised something: I had to play this game.

As fortune would have it, Spec Ops was on sale on Steam during their Steam Summer Sale a few days after that, and that was that. I paid for, downloaded, and started to play the game.

It’s no secret that I love a game with a good storyline, and Spec Ops is perhaps one of the only PC games I’ve played this year that has delivered in spades.

The scene is this: Dubai is in turmoil after sandstorms have ravaged the once-beautiful city. The US has already sent the legendary Colonel John Konrad and his battalion, the Damned 33rd, to help with the evacuation, but something is wrong. In Spec Ops, you play the part of Captain Walker, a US Delta operator who is sent into Dubai with two of his buddies in order to find out what happened to Colonel Konrad and his band of merry men, the Damned 33rd.

Like many shooters of the same genre, Spec Ops stats out innocently enough. In the first half of the game, you’ll begin to hate the cover-based combat – it’s not too dissimilar from the system used in the Mass Effect series, and yet there’s a constant grating that means combat doesn’t feel fluid as it could. It’s not as intuitive as the Mass Effect system — sometimes when you want to run to cover, you can’t. You just run, and then stand next to the cover, all the while taking fire from multiple enemies. It feels every bit as awkward as it sounds, but it’s not a deal-breaker; you’ll get used to it soon enough.

Ammo is scarce in Dubai, so you have to make your shots count; head-shots, for example, are accompanied by a puff of red mist, and a slow-motion effect that lasts for a fraction of a second. Not enough to move the crosshair to another target, but enough for your adrenaline-fuelled self to plan your next move. In true third-person shooter style, you walk over ammo to collect it, and can pick up weapons from the fallen at your leisure. 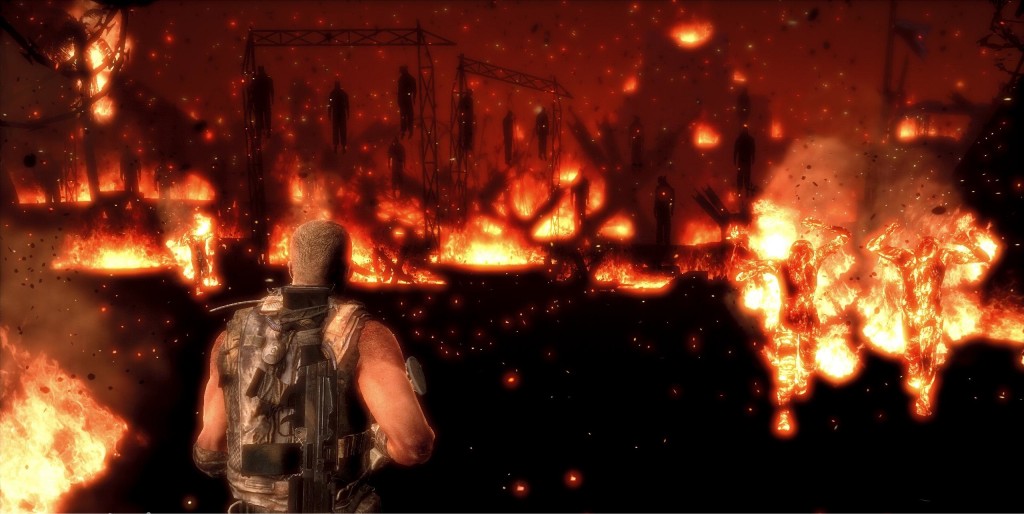 But it’s during the second half of the game where things start to get a little out of hand. It’s not so much a departure from the shooter norm than a complete, off-the-rails derailment that sends you spiralling into the abyss of questionable morals. The story progresses from simple “reconnaissance” to “search and rescue”, all the whilst spinning an intricate web of more questions than answers.

Suddenly, your two subordinates are fighting amongst themselves over a decision you made earlier in the piece. Suddenly you’re thrust into a truly unforgiving world, where horrific scenes are witnessed, where you have to make the choice between shooting a civilian who stole water or a soldier who murdered the unlawful civilian’s entire family as punishment. And, wait a second, why am I suddenly shooting US servicemen? Aren’t we supposed to be on the same side?

There’s various sub-plots in the overarching story of Spec Ops that only serve to drive home the realities of war. At one point, the game sees you team up with the CIA who apparently know what’s going on in Dubai and have a plan — but in the end, all your efforts to get some more answers only results in more questions, and perhaps even the realisation that something is very, very wrong here.

As the game progresses, it’s not just “search and rescue” anymore. It’s “escape”. It’s “revenge”. You’re forced to make terrible, terrible decisions – forget the lesser of two evils, and just choose what you can live with. You’ll die a lot, and the messages on the loading screen are chilling: “do you feel like a hero yet?”, “how many Americans have you killed today?”, and my personal favourite, “you are still a good person”.

Action or inaction will sometimes result in the same outcome anyway, so you might ask yourself: what is the point of Spec Ops? The point is to get you to realise that war itself isn’t just about killing. Make no mistake, Spec Ops doesn’t glorify war like other shooters might do: Spec Ops makes you realise that war is truly horrific. Bad things happen in war. Bad things happen to people who are involved in war, and sometimes, there’s just no coming back from that.

There’s not much more I can say about Spec Ops without spoiling it totally, but suffice to say Spec Ops has to be played. The only real sticking point about the game is it’s cover-based combat — something the Unreal engine isn’t really designed to do — but the gameplay mechanics pale in comparison to the real reason you’re here; I knew Spec Ops wasn’t going to be just another cover-based FPS, and I went in expecting a stellar storyline, great pacing, and believable characters.  Trust me when I say it’s worth it for the storyline alone.

What you get out of Spec Ops will depend on your resolve: some games aren’t just games you play sitting in front of a computer, but real experiences that make you feel like you’ve been there, and you’ve made those choices for yourself.

Spec Ops is a masterpiece of brilliance. It offers an experience like nothing else I’ve ever played, and as a narrative on the realities of war, Spec Ops is unparalleled. You should play this game.