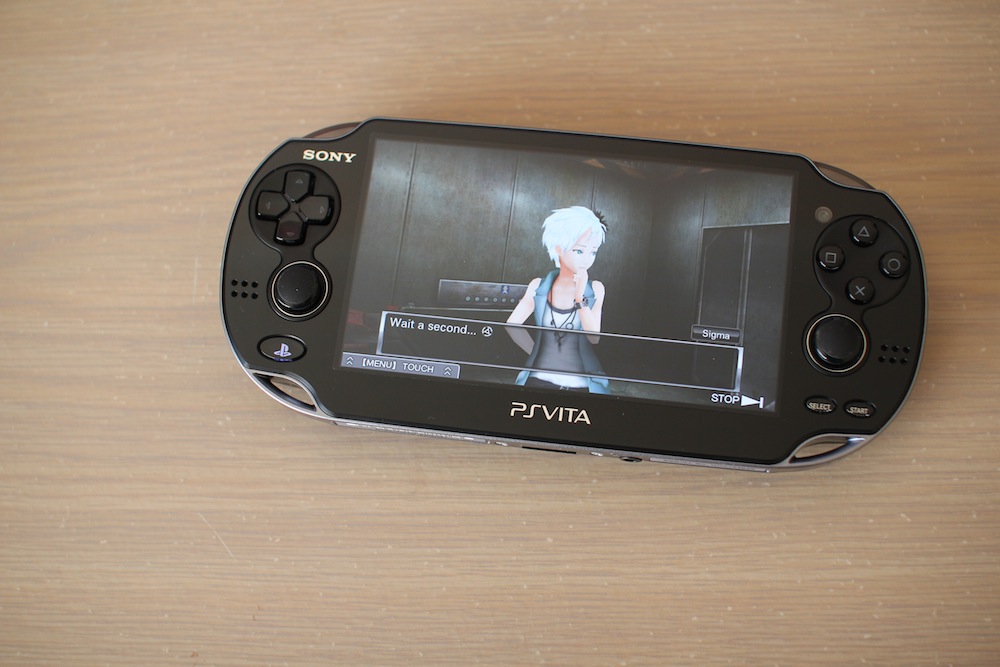 The first thing you have to know about Virtue’s Last Reward is that it’s the sequel to one of the best games I played this year, 999. This alone made it a must play for myself, seeing as I was this close to giving 999 the prestigious game of the year crown (stopped only by the fact it wasn’t released this year). 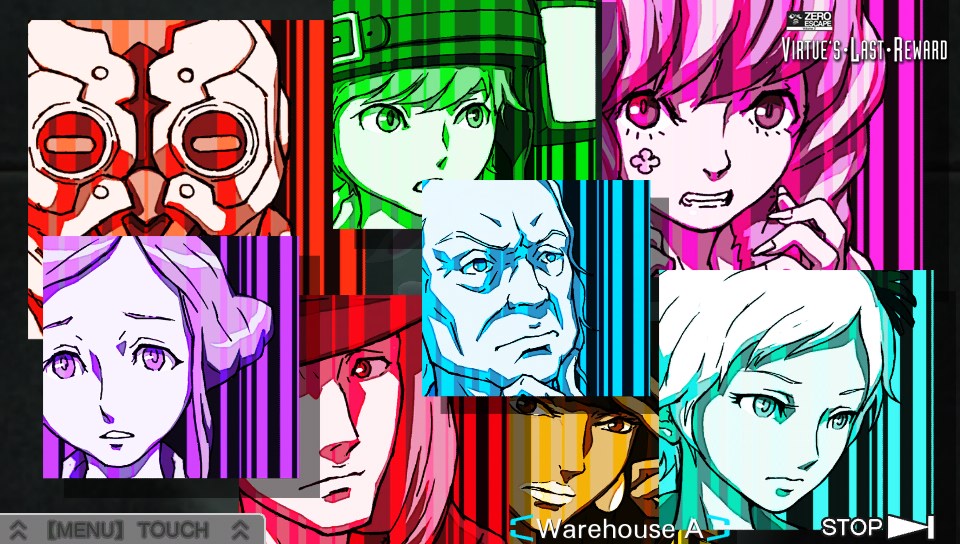 And that’s pretty much all you need to know about Virtue’s Last Reward; it’s a spiritual successor to one of the best games I’ve ever played, and it’s every bit as good as the original. Now, normally this is when I’d launch into my usual spiel of what the game is about, how you play the game, and just how damn good the game actually is (and why), and I’ll do that in just a second, but I also want to explore the characters themselves — there’s lots to say about each of the characters, and maybe it’ll mean a different review than you might normally read.

Virtue’s Last Reward is similar to the original 999. Very similar, in fact. They’re both story-driven games interspersed with puzzles/escape sequences, and they’re both better described as visual novels than typical games. They’re similar to The Walking Dead, in ways; there’s lots of dialogue, quite a number of cutscenes, and they’re both pretty light on actual gameplay.

But you shouldn’t shy away from either 999, Virtue’s Last Reward, or even The Walking Dead because of how story-driven they are. These three games are perhaps the most powerful games I’ve played, and all because of how damn good the stories they tell are — it’s like watching a movie, only because you have some part in how things play out, you feel all the more immersed. It’s an intense feeling you can’t get from reading a book, and it’s all the more real because you have some part in what happens.

Like you did in 999, you’ll make choices in Virtue’s Last Reward that affect the story. In fact, Virtue’s Last Reward introduces a new gameplay mechanic that means there are even more possibilities than there were in 999. The introduction of the Ambidex Edition of the Nonary Game means you’ll be making more choices than ever before. There are stages of the game where you’ll choose to “ally” or “betray” your partner — without giving too much away, it’s this alliance or betrayal that determines how the game plays out.

It’s also this same alliance and betrayal game mechanic that also means that Virtue’s Last Reward is a slightly different game. 999 featured multiple endings, and Virtue’s Last Reward does as well: but in 999, the endings felt much more final. Besides the icons on the save screen, you weren’t really given any indication of how you were progressing towards the multiple endings, all to get to the one true ending. 999 made you play through the game in its entirety every time you wanted a different ending — I lost count of how many times I played through the first escape sequence, or how many times the characters were introduced to each other. Fast-forwarding dialogue was a welcome addition, but there was still a lot of extraneous gameplay. 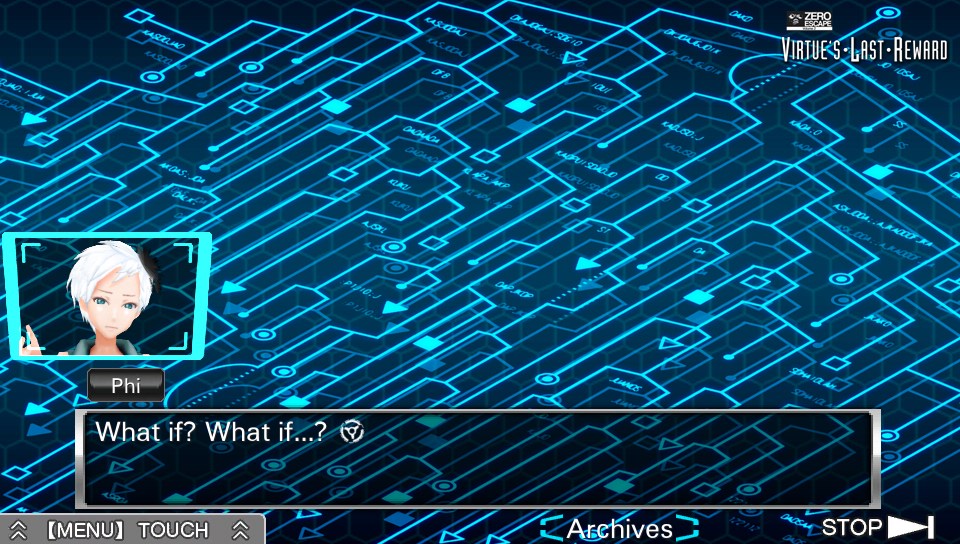 Virtue’s Last Reward is different in that you’re given a “map” from the start that outlines all the possible paths the game can take. You have no idea how things will actually play out, but this map and your newfound ability to jump between different paths means you’ll spend a lot less time playing through parts of the game you’ve already played, as you can just jump straight to the point where you made a choice, make a different choice to the one you already made, and play a different path. It might sound confusing at first, but it makes perfect sense when you’re playing the game.

And that’s one of the best things about Virtue’s Last Reward: there’s a lot of complexity buried within the game itself, but it shouldn’t take you long to see through it all and see the truth. I know that might sound a little ho-hum, but it’s true: you might not realise what’s going on as you go about your business and solve puzzles, but it’s all there. All you have to do is play the game, and join the dots.