A Star Wars themed, Ke$ha Tik Tok music video spoof! We&apos;ve also referenced a couple of other movies and have thrown in some Easter Eggs for the hard core Star Wars crowd.

a couple of years ago when i was living in shanghai i bought a revenge of the sith dvd off the street. it came with hilariously mangled subtitles that ranged from somewhat close to what the actors were saying to far, far away….

via winterson.com: episode iii, the backstroke of the west redux. 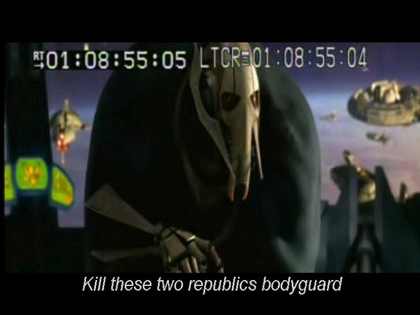 a quick pause in the caption commentary. for a while i couldn’t figure out how the captions got so mangled- i thought maybe it was done by computer, but in some cases like this one the captions make sense but have no relation to what is going on. general grevious is actually saying, “just as count dooku predicted”…

As usual, hit the link to read the full article, or just follow mine to see highlights…

END_OF_DOCUMENT_TOKEN_TO_BE_REPLACED 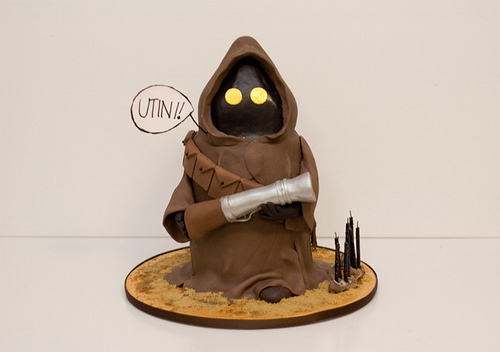 A cake for a huge Star Wars geek’s 40th. Rum and Raisin Chocolate cake, 3×6 inch cakes and 1×5 inch carved. All accents are gumpaste or fondant.

“utini!” is the only legible word said by the Jawa in Star Wars and everybody at the party knew exactly what it was.

Robotron meets Geometry Wars, Smiley’s Shooty Adventure is a frantic action shooter available for both Mac and Windows. Created by Caffeine Monster Software, you are in charge of a smiley face as you take on enemies coming from all directions, using your mouse to point the fire and keyboard to move the smiley, perfect for lunch breaks when the boss is not looking and small enough to hide away quick =]

Just downloaded the demo. I’ll let you know how it goes… 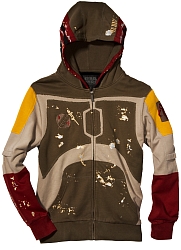 Star Wars toys that never made it.

Bioware released the first cinematic trailer for their Star Wars: The Old Republic MMO, and it’s so awesome you might just forget that Jar-Jar Binks ever existed. Bounty hunters, Jedis, lightsabers, blasters, dramatic orchestral soundtracks, and gravelly Sith voices making threatening statements — if it’s from a long time ago and a galaxy far away (and incredibly awesome), you’ll find it in this trailer.

via This is the Star Wars: The Old Republic trailer you’re looking for.

I’m not into MMOs as a general rule, but gee – this looks mighty tempting.

Be patient while the video loads – it’s so worth it. 🙂

Running a big organization with lots of employees is never an easy task. Even the Evil Warlords have to take care of syndicate demands, pension plans, team buildings and training programs.