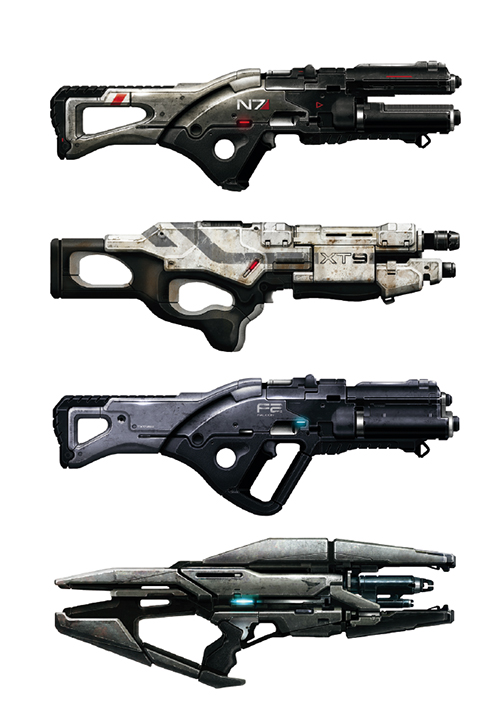 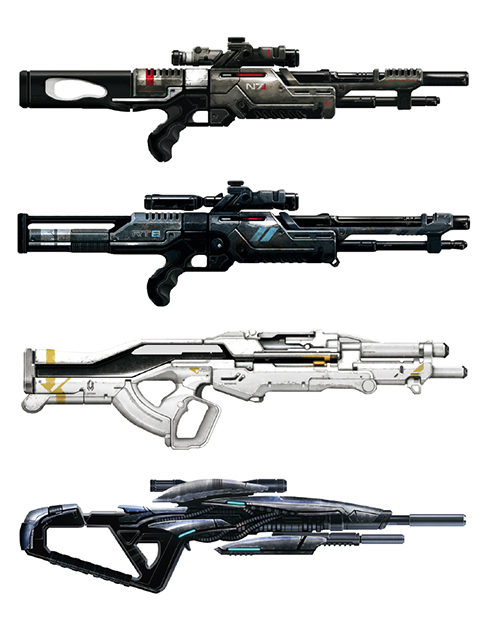 Top to bottom, left to right:

N7 Valkyrie — the two-round burst is more annoying than helpful, in my opinion

M-37 Falcon — the only mini-grenade firing weapon worth using is the Striker Assault Rifle, this just seems like a worse weapon by comparison

Phaeston — a decent alternative to the Cerberus Harrier, if you haven’t unlocked that

M-90 Indra — haven’t actually unlocked this weapon yet, although from memory it wasn’t too bad in single player

M-13 Raptor — a fast-firing sniper rifle that’s probably closer to an assault rifle, but I think I’ve only seen it used successfully in one game

Javelin — the small delay between pressing the mouse and the Javelin means you constantly have to follow your target with the mouse, which takes a bit of getting used to, otherwise, it’s actually the sniper rifle that does the most damage. The scope is a little unorthodox.

Scorpion — sticky grenades might seem like a good idea, but they rarely are. Doubly so if you can’t aim

Arc Pistol — one of my favourites, able to be either shot as-is or charged up and shot. I use it whenever I’m using a biotic character, although I know people that favour the Scorpion as a secondary for characters that don’t have to consider cooldowns

M-358 Talon — a pistol that fires like a shotgun? Since when did that seem like a good idea? I haven’t used this in combat though, so I can’t tell you how it fares in-game