So some of you may know that I was sick last Tuesday (23rd September) – I missed a day because I had slept really wrongly the night before and managed to stuff my neck real bad.

Well, I’ve decided to educate you. I refer you to the following diagram: 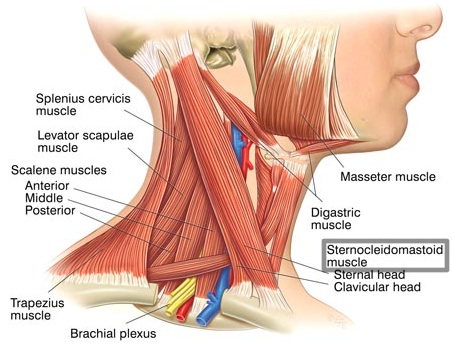 Anyway, I’m sure you all know someone who is a constant pain in the neck.

I’ve now experienced that pain, and I doubt anyone could annoy me that much – if you can annoy me to the point where performing basic tasks such as walking becomes a real pain in the neck (haha, pun fully intended), then you’ve done a good job.

Pain in the form of physical isn’t too bad – normally, I’m pretty okay with it.

I went ice-skating with friends on Saturday (congrats, Adam), and I fell over. No probs, I was a little wet, but not hurt. Righto, so I continue on skating – until oops, not 10 seconds later this guy (Ayden dM) just slams into me, totally taking me out. I fall harder this time, and am a little more wet, but oh well, stuff happens. Right – so I get up and continue skating – when I look at my palm, and there’s blood all over it! Whoa!

It was just a little cut in the end (didn’t take off skin, just cut it a little) but it was bleeding profusely. I got all bandaged up, and that was that… Missed my vein by a couple of centimetres, though. Had a bandage which made me look emo (for cutting myself), lol.

Anyways, pain is your body’s way of telling you that something isn’t right – and when that pain manifests itself as emotional pain, it means you’re in an emotional situation where something just isn’t right – so make it (right)!

That is all. Comments below.