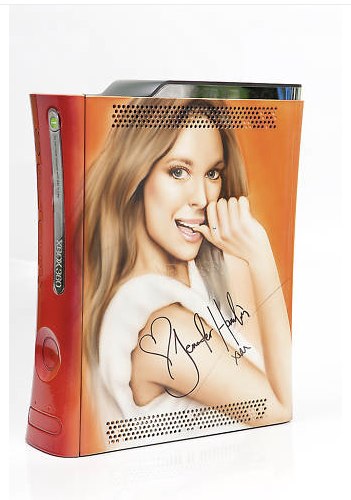 Aren’t you glad you didn’t buy this Jennifer Hawkins Airbrushed and Signed Xbox 360 Console for the princely sum of AU $1,053?

Why yes, yes you are.

It all went to charity, though – so I suppose it was for a good cause 🙂