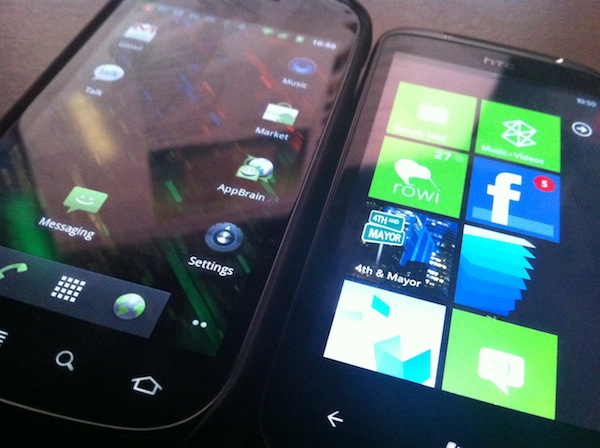 When I went to Melbourne a few months ago I was faced with a bit of a dilemma. One of the most enjoyable dilemmas I’ve had to face, but a dilemma nonetheless.

You see, it was right around the time I was experimenting with various smartphone platforms, and it just so happened that I had all four smartphones at that time — the Dell Venue Pro, the HTC 7 Mozart, a Samsung Nexus S, and of course, my trusty iPhone 4.

The only problem was that I didn’t know which phone to take. Like I said, a pretty enjoyable dilemma.

On one hand, I needed something that would serve me well. Something that I was already familiar with — and that meant my iPhone 4, capable of pretty much anything I wanted to throw at it.

On the other hand, there wouldn’t be a better test case for how well Android would hold up in an unfamiliar city, in unfamiliar surroundings, where a few seconds could make all the difference in the world.

I was pretty sure I wasn’t going to take the any of the WP7 phones — as this was pre-Mango, I didn’t think they were quite at the level I wanted them to be for every-day use.

For the record, I ended up bringing both my iPhone 4 and my Nexus S. I used the Nexus S as my primary phone, but my iPhone 4 was always waiting for me in my other pocket, or in my bag.

And you know what? The Nexus S wasn’t too bad, with perhaps one issue: the GPS was incredibly, incredibly slow to get a solid lock. I mean, you don’t appreciate just how fast the GPS lock is on iOS until you’ve experienced the same thing on Android. Now, I’m fully prepared to admit it might have been my particular phone and software combination — but then I ask myself, if this is the experience that Google mandates, I can only hope that other manufacturer and software combinations are much, much better.

Once it got a lock it was fine, though. The 3D navigation stuff was particularly impressive, even on foot.