I took a circular polariser out today for a spin to see what all the fuss is about. I’ll save you the trouble of reading something long-winded, if you’re so inclined: useful, but I don’t think I’ll shoot with it everyday.

It was kinda funny, actually — this was my first time out with a polariser, and I had really no idea what it could do. I must have looked like some crazy dude on multiple occasions, looking through the viewfinder and rotating this thing on the end of my lens like a fool, pointing it towards the sky or towards a window to see the effect that it has.

And what an effect. 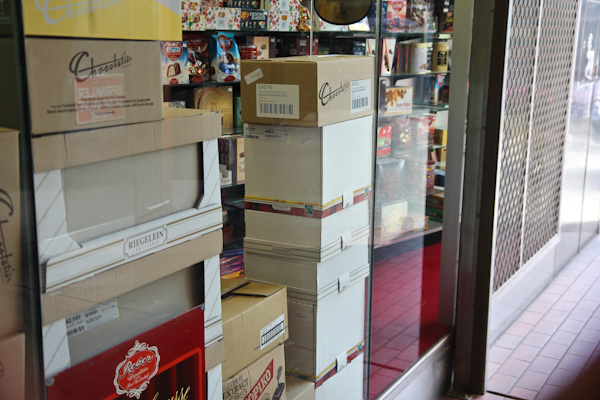 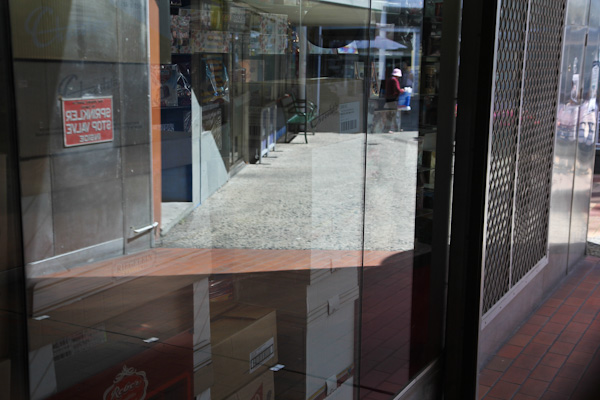 The difference is pretty clear — with the polariser, you almost entirely eliminate reflections on windows. It’s also supposed to make the sky more blue, but I couldn’t get that to happen an extreme amount. 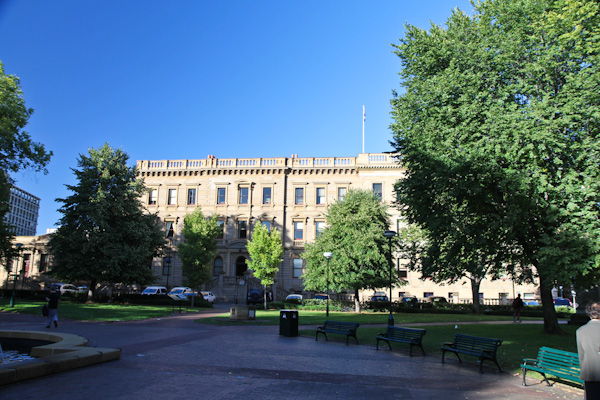 building and sky with polariser 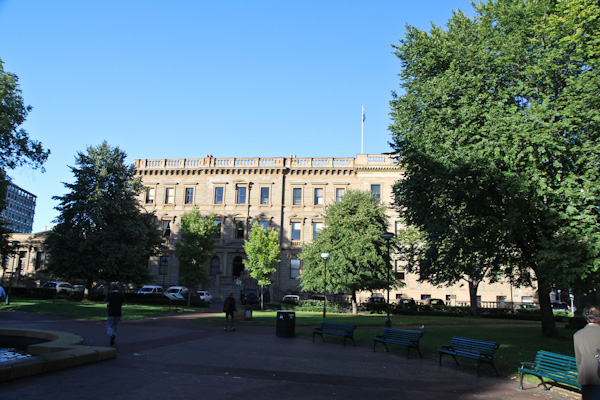 building and sky without polariser

Nice and all, but I don’t think I’ll be shooting with it all the time, at least not to start off with. Takes too much time to compose, for one — compose the shot, spin the polariser, spin the polariser some more, take the shot — by which time your subject has either long gone or the moment has passed. Still, I can definitely see where it will be useful for landscapes and the like.

Also: if you look closely you can see a tiny bit of pretty extreme vignetting in the corners of those shots. It’s not bad, and can mostly be corrected in post, but it’s still there.

Anyway, yes. So sometimes you go out shooting, right. Week 1 of the Uni semester is great for this because you don’t have tutes to attend, and can spend most of the day wandering around taking photos, right. You take a walk, and sometimes, you only take a handful of photos. But almost every one of those photos are great. I don’t even know what it is, maybe you spend more time composing, more time thinking about the shot, more time actually taking shots you want to keep rather than just shots you would like but don’t turn out very good…

And then, other days you go out shooting, take hundreds of shots, and end up with a single shot you actually like. Maybe it’s because you’re thinking more about how the circular polariser affects the shot, maybe it’s because you’re not even thinking about shots you want and just shooting to see what kind of an effect the polariser has. And the kicker, the kicker is that the one shot you do like was the most balls-y, most not-even-thinking-of-the-polariser shot of the whole hour or however long you were out shooting for.

That one shot where you saw someone sitting on a ledge, minding their own business.

The one shot where you got right up in some guy’s business, aimed the camera at him, put the viewfinder up to your eye — and by that time he’s definitely noticed you, but there’s no time to back out now — you half-depress the shutter to focus, you compose the shot —  the guy is smiling, realising what you’re doing by now (as if it wasn’t already obvious) — and you take the shot.

By the time you finish the shot, the guy has a huge grin on his face. He’s laughing, even. You thank him, and keep walking.

Best photo of the day. That one, single moment where it all comes together.

And it completely blows your mind that it was so easy! I mean, all this time you’ve been telling yourself that people are just going to flip out when they see someone taking their photo, that they’ll rant and rave about some crazy privacy, make a huge scene and kick up a massive stink. It’s the one thing that’s been holding you back from the kinds of street you’ve been wanting to take, and all you needed was some guy on a ledge to smile as you were taking the shot and not flip out completely.