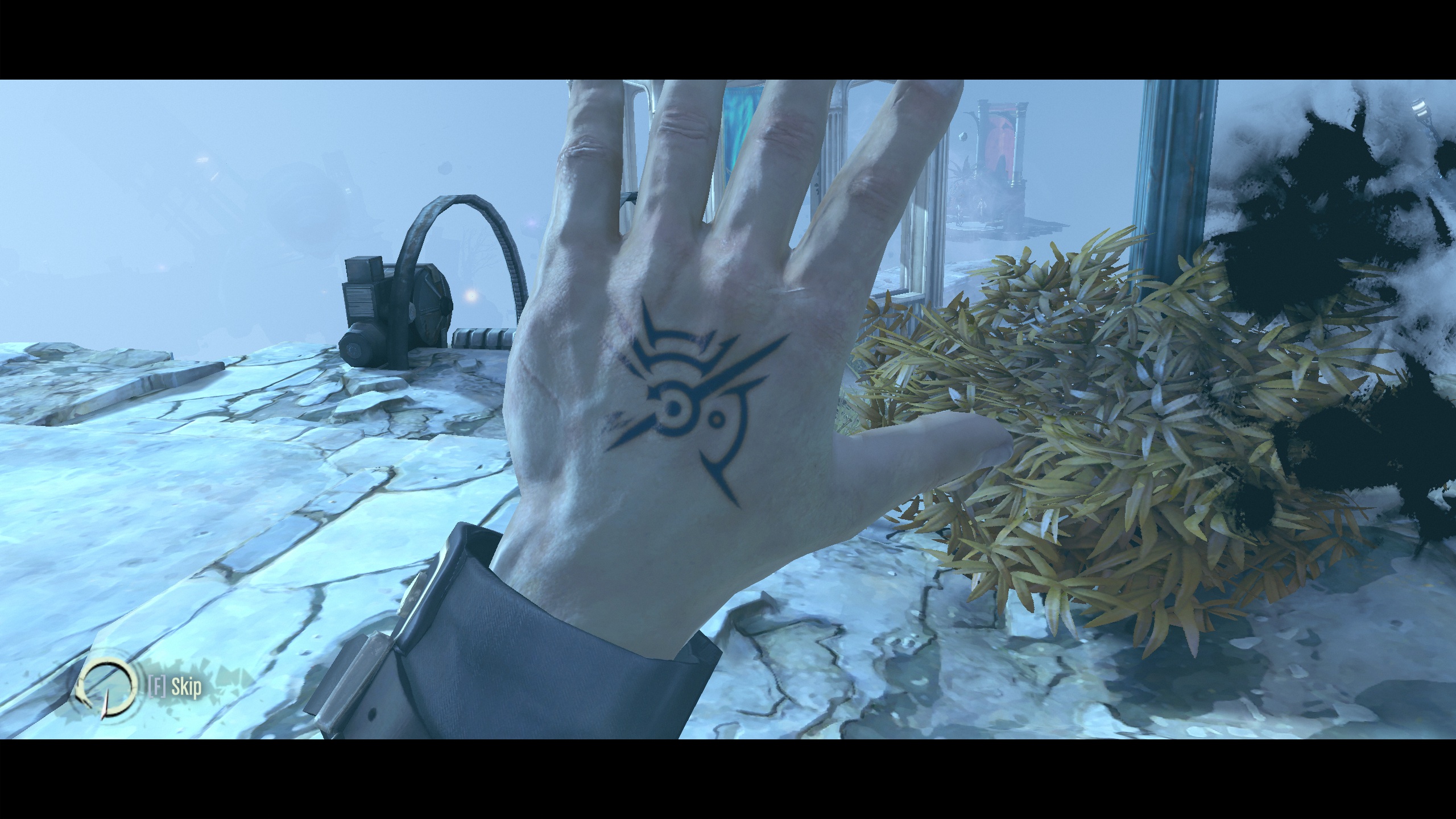 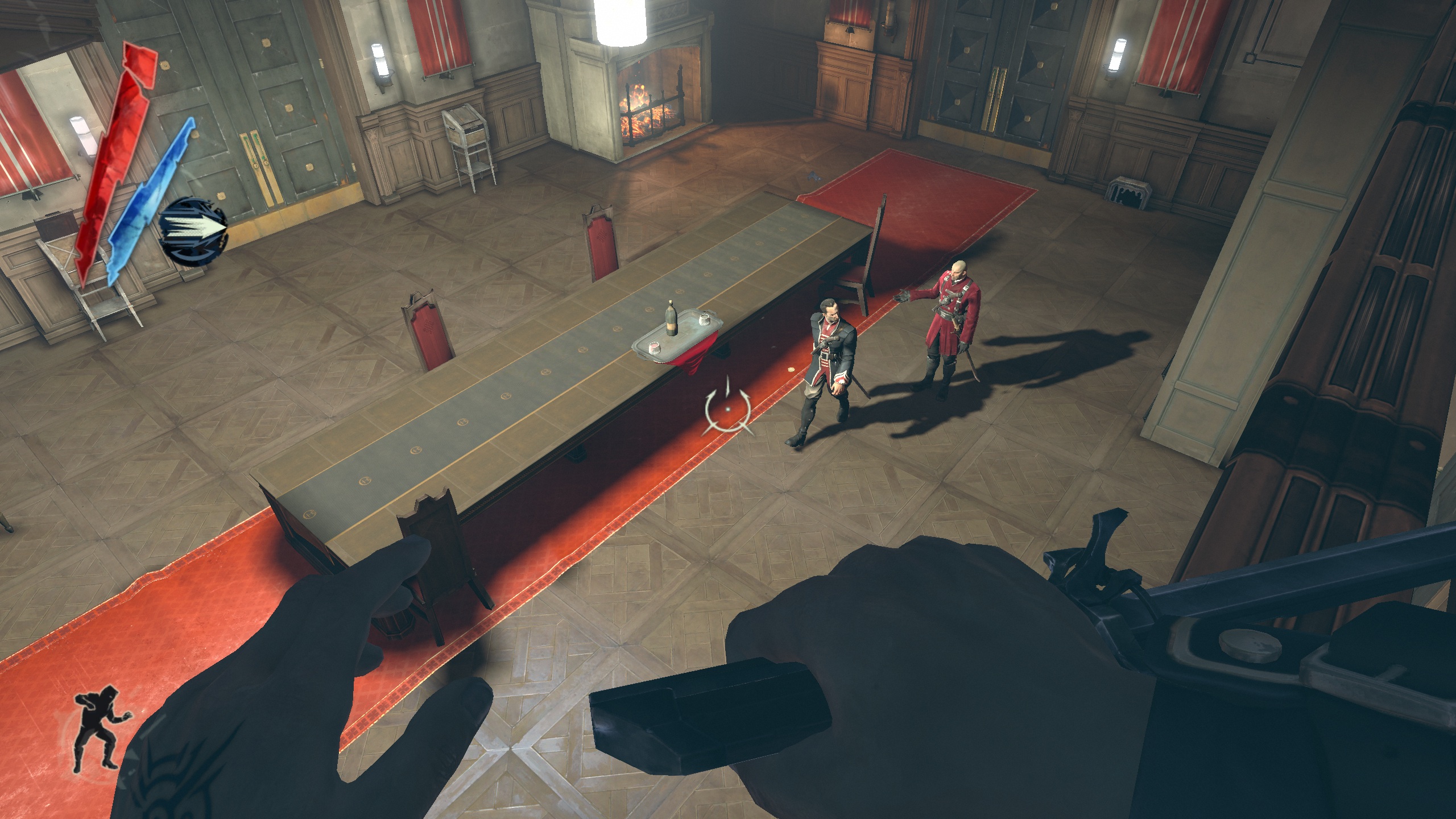 The stealth aspect is particularly interesting. It’s been a while since I last played a good stealth game, and I think the last title that did this the whole “stealth combined with multiple access routes” was Deus Ex: Human Revolution. That game had similar choices when approaching objectives, meaning that you could either walk in and blow stuff up, or you could take the stealthy route, silently taking out guards and managing to do the most amount of damage without any alarms being rung. And say what you will about the Splinter Cell series turning to crap after whatever the last title was, but Splinter Cell Conviction was enjoyable because it employed stealth in a way that worked well: its excellent use of colour (or more specifically, the lack thereof) to tell you when you were hidden from enemies was a brilliant, brilliant move. 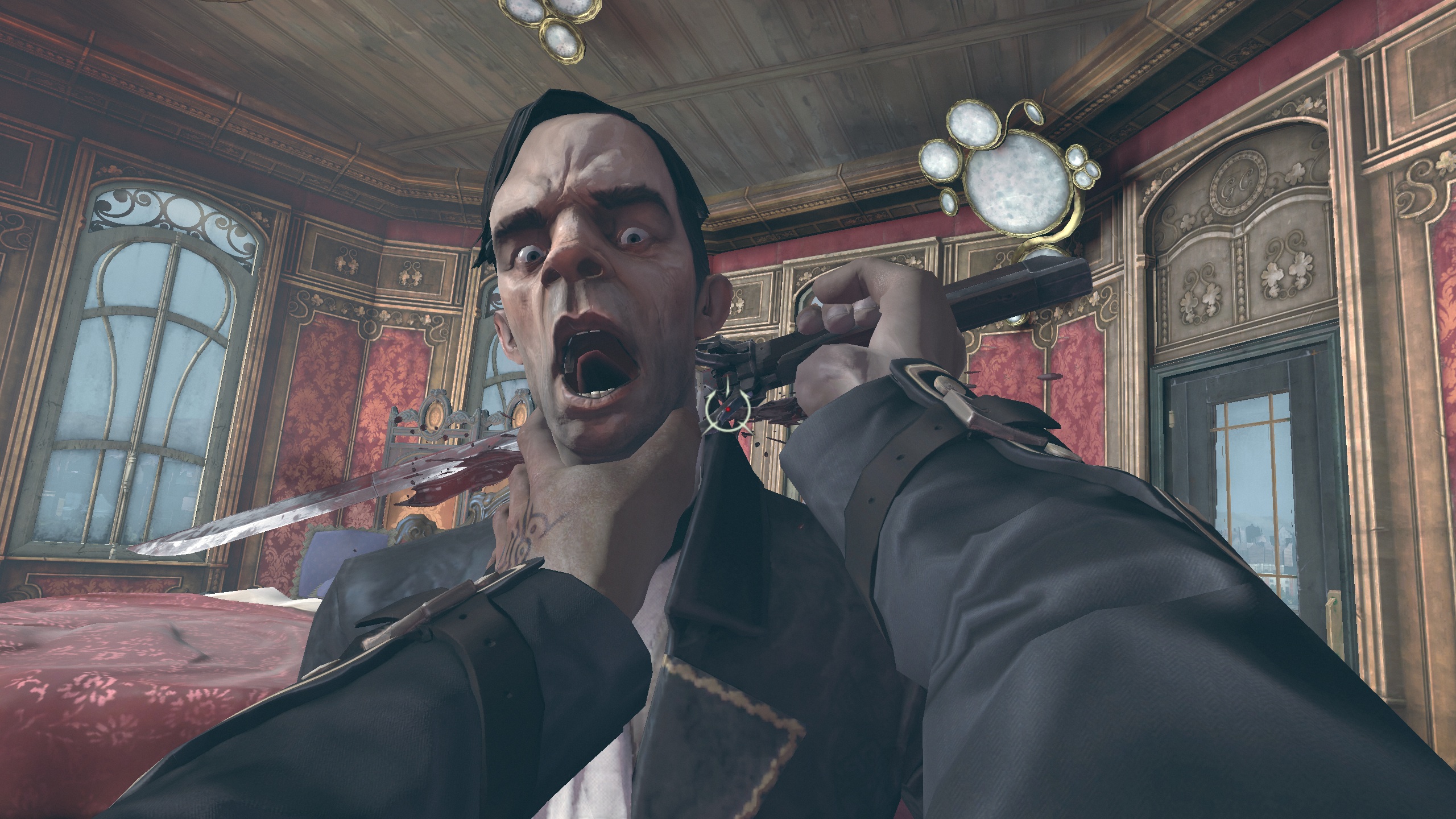 If the stealth wasn’t enough, Dishonored also combines that with a new set of supernatural powers and enhancements. Your bread and butter power is blink, or the ability to teleport short to medium distances. Blink means you can move very quickly between various targets, taking people down in quick succession, but you can also use it as an access method too, blinking up to rooftops or to the nearest ledge. You also can get other powers, such as the ability see through walls, slow time, the ability to summon rats, a whirlwind that knocks over enemies, and more. Additionally, you can upgrade each of these abilities to another level, which means you can teleport even longer distances, stop time completely, and even possess humans.

Bear in mind though, that during some of the later levels these special abilities will cease to be merely game-enhancing and become totally game-breaking. Fully upgraded, they can make the game laughably easy (especially if you’re doing a kill-everything-that-moves playthrough) — you can literally walk into a room filled with enemies, stop time, and let off enough shots with your pistol/crossbow to take out everyone without anyone noticing and without leaving a trace. Incedibly good fun, to be sure, but like I said, a little game-breaking.

On top of these sometimes-overpowered supernatural powers, you can also find bone charms throughout levels — these equippable bone charms give you little perks, such as the ability to move faster whilst carrying unconscious bodies, or the ability to regenerate health/mana by drinking water from taps, or a better choke-hold that practically halves the time needed to put someone to sleep using your bare hands. Sure you can only equip a few at a time, and you need to find the right bone charms to begin with, but all it takes is a few good bone charms to make gameplay laughably easy. For example, if you have the health/mana restoration bone charm activated means any faucets you run into whilst exploring are an unlimited source of health/mana, rendering the potions all but useless outside of battle. 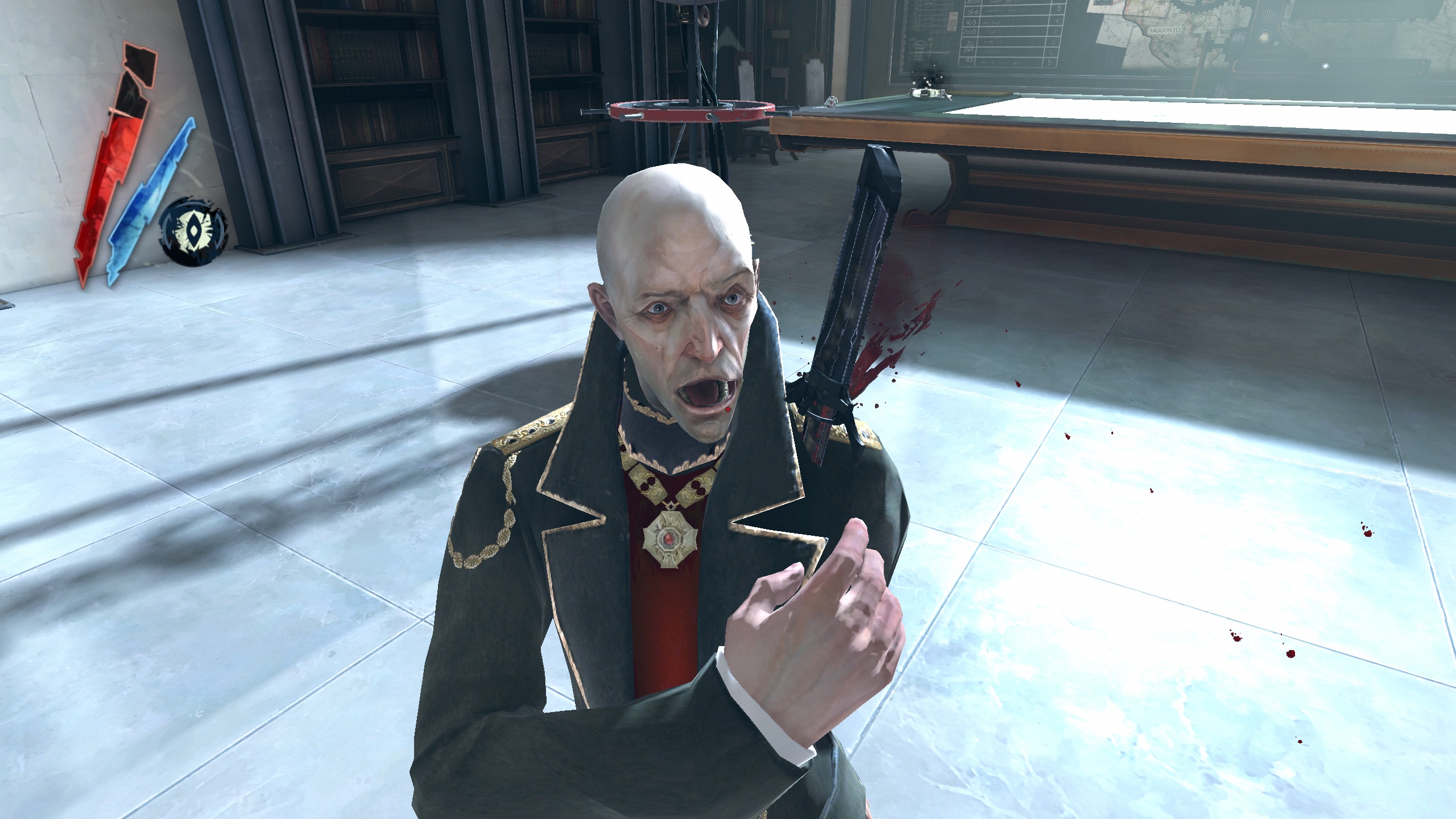 The game is broken up into nine different missions, with the story flowing nicely through each. You’ll go back to your home base between missions to sleep in your bed, stock up on supplies, and talk to a few NPCs now and then — it breaks the flow a little, but not enough to complain about. Each mission has a distinct objective, whether it be the assassination/incapacitation of a key target, as well as few side missions that you might have to discover exploration or even the Mass Effect-style eavesdropping. For completionists, there’s even an end-of-mission report that tells you how many coins you collected, how many runes (the power-upgrading currency of choice) and bone charms you found, how many Sokolov paintings you collected, guards/civilians killed/incapacitated, and whether you killed anyone or set off any alarms.

Like Yahtzee, my first play-through of Dishonored was a stealthy, no-killing affair. Sneaking on rooftops, through sewers, and using every kind of stealthy trick in the book. It’s a shame you can’t upgrade the amount of sleep darts you can carry, because ten is usually not enough to get your work done without alerting others to your presence. No-killing comes with the subtle advantage of being able to assign rune upgrades to some of the more creative powers such as stopping time completely, as well as being able to upgrade the teleport and vision abilities to the max. In my mind, non-lethal takedowns and stealth go hand in hand — you can have stealth without no-killing, but you can’t really do no-kills without stealth as you tend to get discovered pretty quickly, leading to bloodshed (theirs and yours).

After finishing the game without killing anyone (although I think I racked up an unintentional kill somewhere along the line), I put my sleep darts away and pulled out my sword… and the game came completely into its own.

Don’t get me wrong, I’m not secretly some kind of sadistic psychopath or anything (really, I’m not!), but killing people when they weren’t aware of my presence became something of a game for me during that second playthrough. There’s this one power that turns people to ash if you kill them when they’re unaware of your presence. It means you don’t have to worry about bodies being discovered, and killing people in this method is extremely good fun — walking up behind someone, slitting their throat, and watching their body turning to ash and disappearing is satisfying on a level I didn’t know existed. 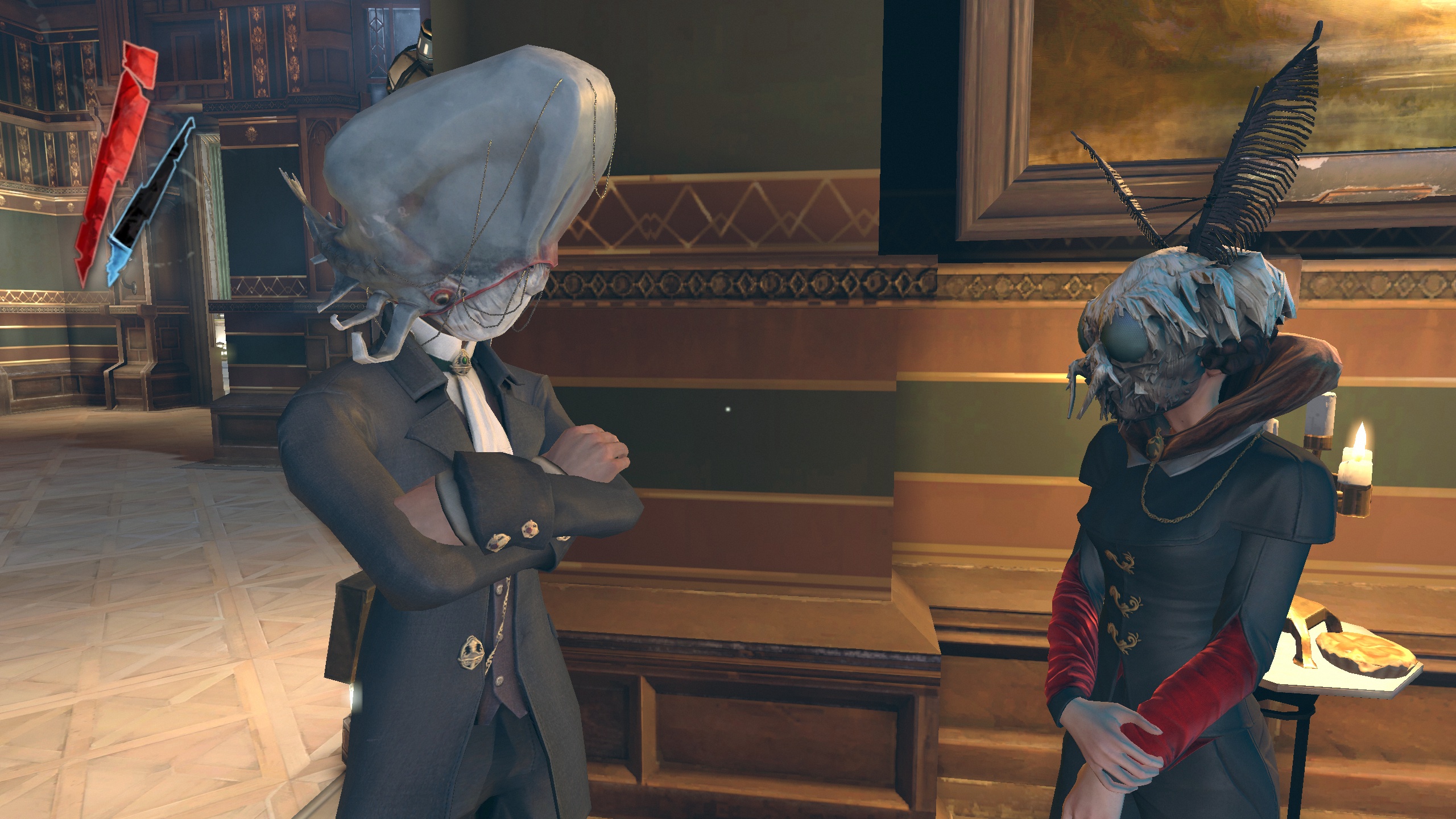 All this, combined with a story that manages to tie all the killings and dumping of bodies together means that Dishonored gets the nod for my game of the year.

It’s not something I’m giving out lightly. This year has seen some pretty impressive games, from the culmination of the Mass Effect series, to a mod for a military simulator that I ended up spending over 400 hours in. We’ve seen the rise of the visual novel, some great tell-a-story shooters, and even ones that made us think about the horrors of war. We’ve played a truly agreeable RPG, tasted bitter disappointment, and even though I really, really, enjoyed 999, it wasn’t released this year.

So this year’s game of the year goes to Dishonored. It’s a game I’ve truly enjoyed playing — it might be mediocre in a few aspects and laughably easy once you’ve acquired and upgraded a few powers, but that doesn’t diminish the amount of fun you can have choking maids unconscious in the kitchen, or dropping onto an unsuspecting guard from the rafters.

It’s just good, clean (okay, so maybe not all that clean) fun — and isn’t that what games are all about?