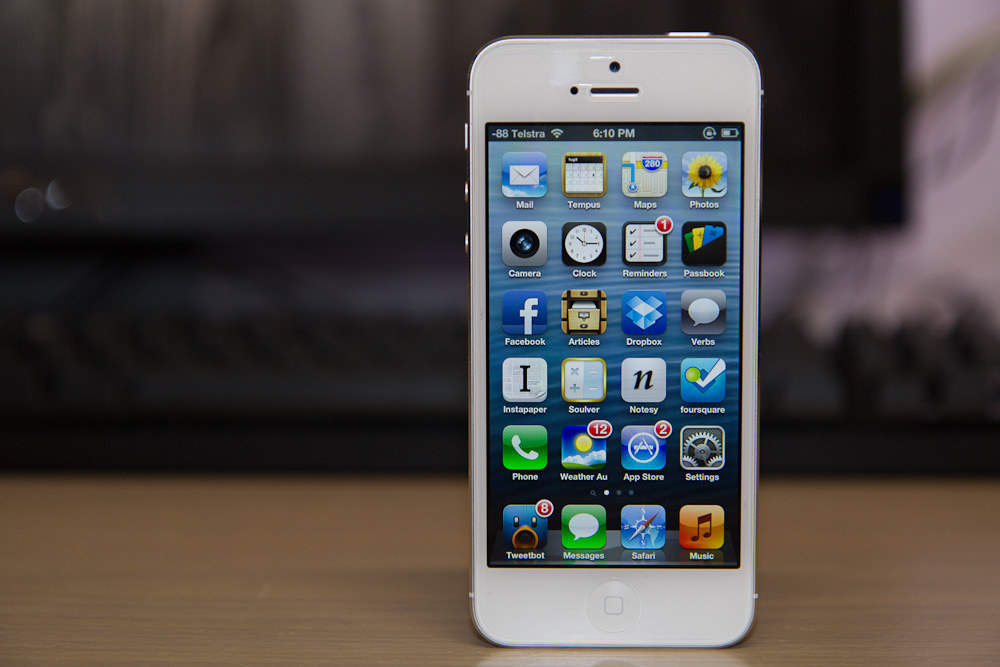 A few weeks before the iPhone 5 was even announced, before all the rumours, part leaks, before all of that, I wondered what I was going to do with my old iPhone 4.

See, I’m on the “good” iPhone cycle: my first iPhone was the 3G, then the 4, and now, the 5. I skipped the first iPhone due to it not being available in Australia, skipped the 3GS due to still being on a contract, and skipped the 4S for the same reason.

For many, this two-year contract cycle is nothing new, the natural progression of things if you’re not a compulsive upgrader, and/or don’t have the funds to buy a new iPhone every year.

In any case, as I pondered what I was going to do with my old iPhone, it dawned on me: why not sell it off and use another phone I had lying around? As I dwelled on this, it began to make more and more sense; by selling the two-year-old iPhone 4 off, I’d get a few dollars more than I would have if I sold it off after the release of the iPhone 5.

Question my committal if you want, but as a test, I pulled out my trusty old Nexus S to see how I’d fare using Android for a few weeks. Jelly Bean had just just been released, you see, and now was as good a time as any to test the latest and greatest Android release, on hardware around the same age as my iPhone 4.

This was my first mistake.

It’s not that I hate Android. Really, it’s not. It’s just that, for me personally, Android doesn’t quite gel as much as iOS does. Things are less fluid. Third party app quality just isn’t there.

But like any curious and “bored with iOS” technology enthusiast, I forged on.

This was my second mistake. For two weeks, it was nothing but constant grating. Me constantly fighting the OS on what I wanted to do versus what it allowed me to do. I’d imagine my experiences with Android during the few weeks of pain would have been an approximation of an abusive relationship of some kind.

Sure, it was stable enough. I only saw a few crashes here and there, mostly from apps labelled as beta in the Play Store. Sure, there were apps available for all the popular things I used on iOS: Twitter, Instagram, Instapaper, and even a Dropbox-syncing, Markdown-supporting, plain text editor. 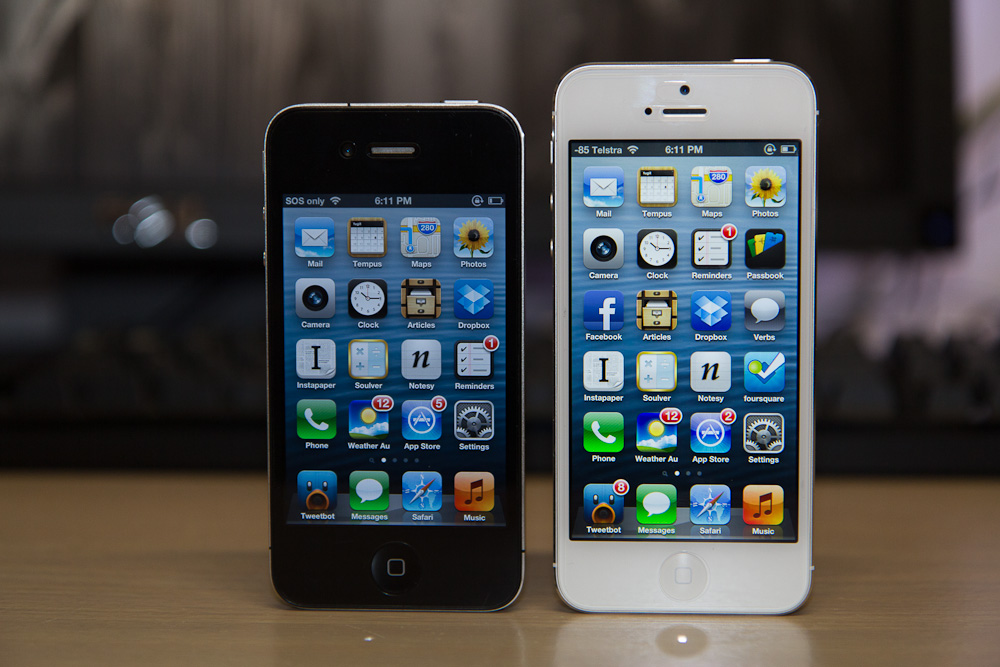 But the thing is, it’s been a year since I last looked at Android, and I found myself going back to the same apps I used last time around, simply because no better alternatives exist. Actually, that’s not entirely true: there’s now and official Instapaper client for Android. Other than that, the Android app landscape is blacker than black. Where are all the good quality apps?

Suffice to say, my Android experience, Jelly Bean and all, was pretty bad. Two weeks later (I had originally planned to stick it out for at least a couple of months, until the iPhone 5 was out), I was crawling back to my iPhone 4 and begging it to take me back.

In some ways, Android reminds me of the desktop Linux experience. It has its advantages, but probably won’t ever reach mass popularity with non-technology-minded people due to inherent issues with the ecosystem and how things work. Unless its locked down and given a stern talking-to, developers won’t be attracted to it anytime soon. And that means it will stagnate.

But enough about Android and mediocre software experiences combined with stellar hardware specs packaged in the cheapest plastic you’ve ever felt. I’ve since sold off my Nexus S and have acquired the iPhone 5.

Thinner. Lighter. Faster. All these verbs are true of the iPhone 5, but I still want to talk about three main aspects which make it all worth it. 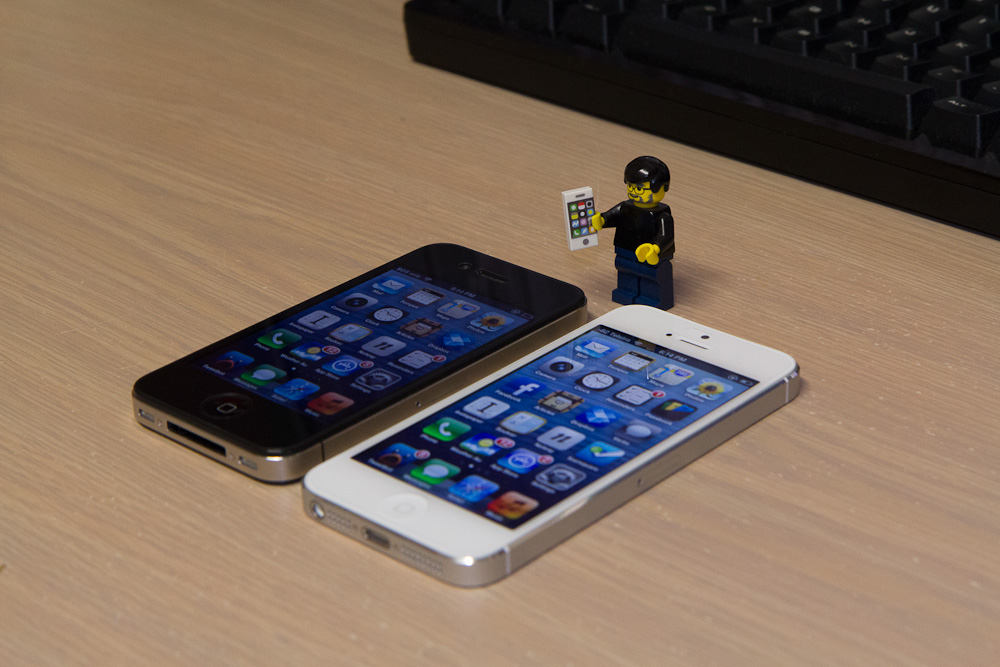 It’s larger, but only in one direction: taller. You don’t realise how much difference that makes unless you actually start using it: it’s only been a few days, and already my iPhone 4 feels cramped by comparison. The bezels on all four sides is slightly thinner, and because of that, the display looks larger than it actually is. There’s some kind of crazy Apple reality-distortion-field business going on here, and I like it. I like it a lot. I used to think the iPhone 4 was a perfect fit in the hand, but now, now I think the 5 is.

Apple has also changed the auto-brightness algorithms. When you wake the display, it’s not immediately eye-searingly bright and then adjusted for the current ambient-light level after you unlock it like the 4 is: instead, the lockscreen is now just as bright as the adjusted brightness level is. Changing the brightness of the display is also done much more smoothly — but this has resulted in quite dynamic changes over time, such as the time I was on the bus and the sun was constantly going behind clouds. The iPhone’s display would go bright, then dark, then bright again. More testing is needed in this area to see whether this was a one-off, but for the most part, the automatic brightness is now a lot more Mac-like; gradual brightness changes.

The display is also much more warmer than the 4/4S display. Not something you’ll notice unless you have them side by side, but it’s definitely noticeable when you do. Colours look amazing on the iPhone 5 display, and the green bubbles in Messages are especially vibrant without being over-saturated.

Everything looks better with the iPhone 5 display. App icons, apps themselves.

I had a lot of good things to say about the design of the iPhone 4, the now iconic aluminium-band sandwiched between two panes of glass. But the iPhone 5 is both thinner and lighter than its predecessor. As it turns out, aluminium is is both thinner and lighter than glass, even if it is a lot less scratch-resistant. I’m not saying the iPhone 4 is a brick or anything, but comparing the two, it’s easy to notice that the weight of the 5 is now more comfortable than the 4 was.

All my previous iPhones have been black; for the iPhone 5, I decided to go with white simply because it looks really, really nice. White may be for girls, but it looks amazing.

I just hope I’ll be able to keep it clean — any dust you have on the front is super-noticeable due to the way everything casts a shadow on the white background. A scree protector on my black iPhone was invisible, but it’s a little less so on the white iPhone.

Interestingly, the home button has more travel than it did in the 4.  I’m pretty sure the home button of my iPhone 4 isn’t busted, but that thing barely indents inwards, moving perhaps a millimetre when pressed. The iPhone 5 home button feels more solid; there’s a more noticeable click when pressing it, and it also depresses about one and a half times the depth of the iPhone 4.

When iOS 4 came out for the iPhone 3G, it was a piece of crap. Things slowed to a crawl. I’ve since upgraded my iPhone 4 to iOS 6, and besides that whole maps thing, I haven’t noticed slowdowns at all. Maybe in a few games here and there, but that’s to be expected.

With the iPhone 5, there’s none of that. It’s crazy fast. Apps load information as fast as your Wi-Fi or LTE allows, and there’s no waiting for apps to load. Some games still show loading screens here and there, but like I said above — that’s par for the course, really.

Speaking of LTE, here’s a speed test from Telstra in Hobart with an average network connection. For the record, the download speed on LTE is almost three times as fast as the ADSL2+ link I have at home, and that upload speed blows my broadband uploads out of the water.

There’s heaps of other details that are great about the iPhone 5, and even a few that aren’t so great. But this “review” is long enough already.

In summary: the iPhone 5 is the thinnest, fastest, lightest iPhone to date. Forget people that say “it’s exactly the same” as the old iPhone, because it’s not. It may run the same apps, and it may look more or less the same, but as always, it’s about the little details. The switch from a glass to an aluminium back. The chamfer on the edges, polished to a mirror-like finish. The new home button action. Apple avoids the temptation of jetpack design, and that means better products, year-on-year. You may perceive this iterative product cycle as boring, but this is what Apple do, and no-one in the world is better than them at it.

John Moltz: Eventually Apple will just make phones out of unicorn horn and the dewy moisture that collects between Scarlett Johansson’s breasts when she does hot yoga. (Technically, any yoga done by Scarlett Johansson is “hot yoga” but I’m specifically talking about Bikram in this case.)

Until such time, there’s the iPhone 5.