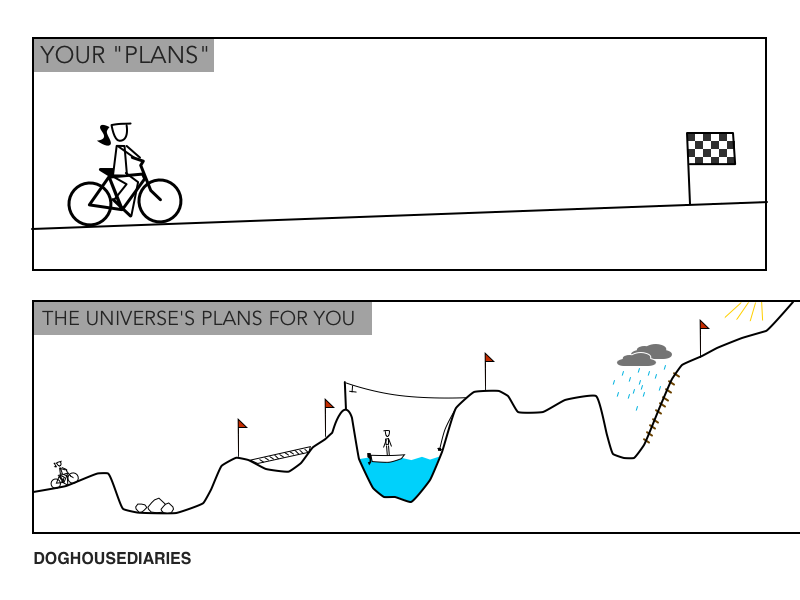 The fashionable thing to do after you graduate, I’m told, is to get a job and start paying off your HECS fees. Either that, or go back for more education, either in the form of an Honours/Masters degree or a PhD in the field of your choice.

But apparently I must have missed that particular memo (or more likely, fallen asleep during that particular lecture), because thus far, I’m still as unemployed as I was when I started my degree.

Part of the problem lies in the fact I’m still very unsure about what kind of job I want, and is compounded by the fact that a Computing degree doesn’t necessarily mean I should get a degree doing something with computers, although in this day and age that’s more or less inevitable. I’m fairly sure I don’t want a full-time “programming” job, as I’ve never really liked programming. I’m not really interested in graphic design, 3D modelling, or web development, even though a large part of my degree was doing web stuff.

I remember when I was getting close to graduation the first or second time, and a colleague was asking me about what kind of job I was going to end up with after I graduated. I replied with not a little melancholy that I’d probably end up doing websites for clients, which would lead to my eventual suicide due to how depressing that life would be. I don’t really know what it is, by web development has never really appealed to me. I can get by hacking my own WordPress theme and fiddling with the occasional bit of PHP, but building websites for others is an unimaginable level of hell.

It should have been the precursor to my post on time a month or so ago, but I didn’t get around to writing a thing on the kind of job I want. Like the vast majority of people, I could probably just get some 9-5 job doing some horrible drudgery, only to come home and have a few hours to myself before going back for more the following day, but that’s no way to live. A better alternative would be to find something I find interesting, something stimulating, something that won’t leave me wanting to kill myself when 5:30 rolls around. The reality is, I probably wouldn’t mind a typical 9-5 job, it would just have to be something I enjoyed doing. Which is kind of why my current situation works pretty well, which leads on nicely to the next part.

The eagle-eyed among you would have noted my use of the word colleague earlier, a strange term to use when one is unemployed. But maybe for my particular situation, unemployed isn’t exactly the right term. I have and have had a job since 2007, just one that isn’t full time. I mostly work on the weekend, with a few days during the week here and there. The current arrangement I have works pretty well, actually. I get plenty of time to myself to do whatever I want — sleep until noon, get up, play some DotA 2, eat, play some more DotA — and because my daily expenses are pretty low, I can even save a little money on the side.

Did I tell you about that time I applied for money from the government to assist my Uni studies, but because I had been at Uni for too long, they wanted me to start proving I was looking for work? And that entailed a mandatory visit to an employment agency to help me get started, which felt really wrong? Not because looking for work is something I detest, but because that visit to the employment agency felt like I was using resources would could have been better used helping the less able and less fortunate to find work. My Centerlink payments stopped soon after that, because I felt like there were people that were more deserving of the government’s assistance than I. No, this isn’t some kind of high-horse that I’m sitting on, just a recognition of the fact that as far things go, I’m pretty lucky. And besides, I found my current job on my own when I was still in high school, so I didn’t really need the help of an employment agency to find work1.

And what about that time I was almost suckered into a pyramid scheme? Now that’s a truly enthralling tale for another time.

With very little idea of what kind of job I want, you could say the job hunt is proceeding as expected.

That’s not to say I haven’t been looking for a suitable full-time job. There was even a job I applied for, way back in July. Unlike other jobs, I kind of wanted this one: I thought I was a pretty strong candidate as it suited my previous experience to a T, the pay was great, and it would have meant moving out of my parents’ house and becoming independent. But even though I thought I was a pretty good candidate, HR apparently didn’t think so. My interpretation of the feedback I received essentially boiled down to “HR is more concerned with protecting themselves and their managers than finding the best candidate for the job” — that may be reading between the lines slightly, but that one job application made me so angry about the entire process that I haven’t bothered looking for or applying for anything else since.

Perhaps I wanted that job more than I let myself think I did, but either way, I’m enjoying being semi-unemployed. The right job will come along eventually, and until then, there’s plenty of other heroes to get good at in DotA.