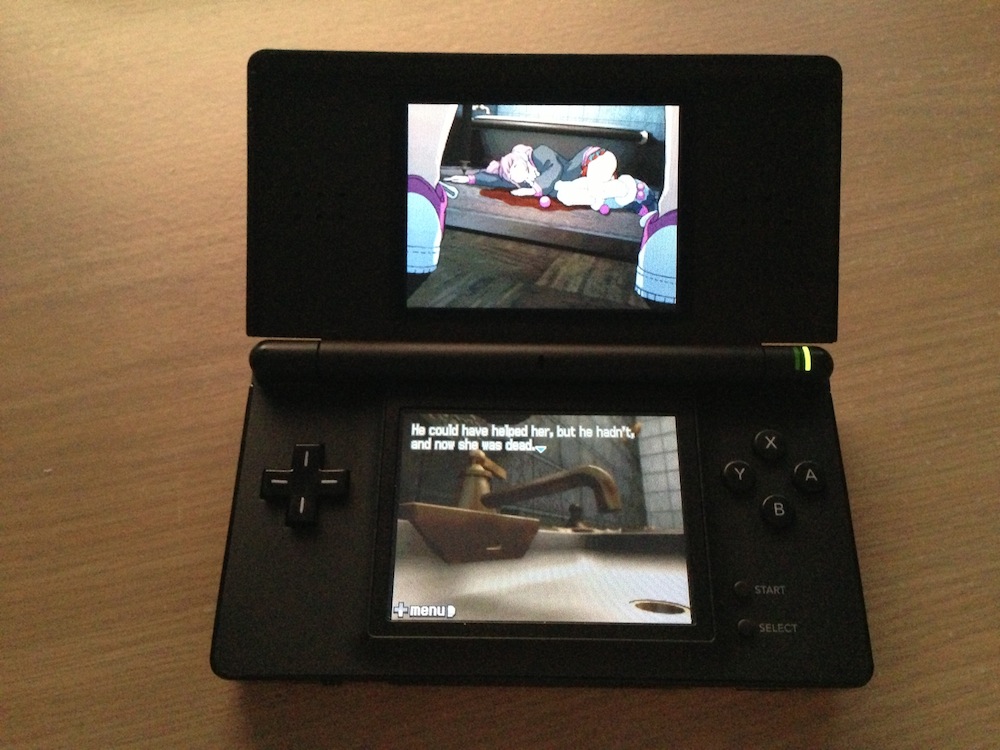 Alternative title: “that’s not what she said!”

I’ve been thinking about buying a 3DS XL for Fire Emblem Awakening, but Nintendo’s decision to region lock their hardware is making it harder than it should be.

In an ideal world, I’d be able to walk in to any good gaming retailer in Australia, pick up a 3DS, and be on my merry way. And in theory, I can totally do that — provided I’m happy with missing out on a massive (okay, decent) selection of games.

Thanks to a combination of region locked 3DS hardware, strange decisions by publishers, and the very nature of a Japan-centric games company, if I buy an Australian 3DS it means I might not ever get to play titles that are released in the US. That’s crazy.

To be fair, this has always been an issue for Nintendo. I completely understand when games are released for the Japanese market that aren’t available in other regions, as much as I want to play the latest Phoenix Wright or Professor Layton title at the same time Japanese folks get to. I get that titles need to be localised for non-Asian markets, voices need to be re-done, etc. But when titles suffer lengthy delays or aren’t released for other markets outside the US, then that’s when I start to take notice and get angry. Fire Emblem, for example, was released in the US back in February. Europe and Australia, however, didn’t get it until late April — why? What possible reason could the publishers have to delay a title that was already localised for English markets an entire two months after the US release?

No possible reason that makes any kind of sense.

I already own a PS Vita, and for the record, Sony does a lot better on the region locking front for the simple reason that the console and its games aren’t region locked. At all. The US and Australian PlayStation Stores are different regions as you might expect, but I’m no stranger to that — the iTunes Store is exactly the same. If you buy a Vita, you can set it up with the US PSN store pretty easily, and your console will buy and download games no problems. Switching between the two stores can be done, but doing so frequently isn’t practical as it involves a device reset every time. In the year or so I’ve owned a Vita, I’ve never wanted to switch to the Australian PSN, and I can’t see this changing anytime sooner — the game selection on the US PSN is far superior to the titles offered on the Australian PSN, games are released earlier, and they’re usually cheaper, too.

If I want to access a larger selection of games and games released months earlier (and, not to mention, cheaper), then it seems the obvious solution is to import a 3DS XL from the US, right?

Nintendo, in their infinite wisdom, also region-lock their games. A US Vita can play Australian-bought games just fine, but a US 3DS will only be able to play games bought from the US. No problem, I can just download them directly from the eShop and call it a day, right? Wrong — I don’t know whether it’s a publisher thing or just a Nintendo one, but for some crazy, insane reason, about half of 3DS titles sold at retail can’t be bought from the eShop. Again, don’t ask me why, because I just don’t know.

In contrast, the PSN offers a much wider selection of games than are offered at retail: not only Vita-exclusive titles, but also PSP ones, PS One classics, “minis”, and the best thing about it is that every title released at retail is available for direct download on the PSN. Like it should be.

So if I do buy a 3DS from the US, here’s how it stands. I won’t be able to buy local titles. No big loss, but it does kill off that instant-gratification factor that comes with buying from a brick-and-mortar. Any game I do want to buy which can’t be bought from the eShop (about half of all the titles available), I’ll have to import from the US — although given the lead times for Australian games so far, any delays in getting the game due to shipping will still mean I get the game before it’s released locally.

My point in all this is that it shouldn’t be this hard. The Vita and its games aren’t region locked in any way, and that’s a massive plus in my book. Anything else is making it harder than it really should be.

Now, if only Amazon had the colour 3DS XL that I want in stock, and if only they would ship it to Australia. But that’s a tale for another time.