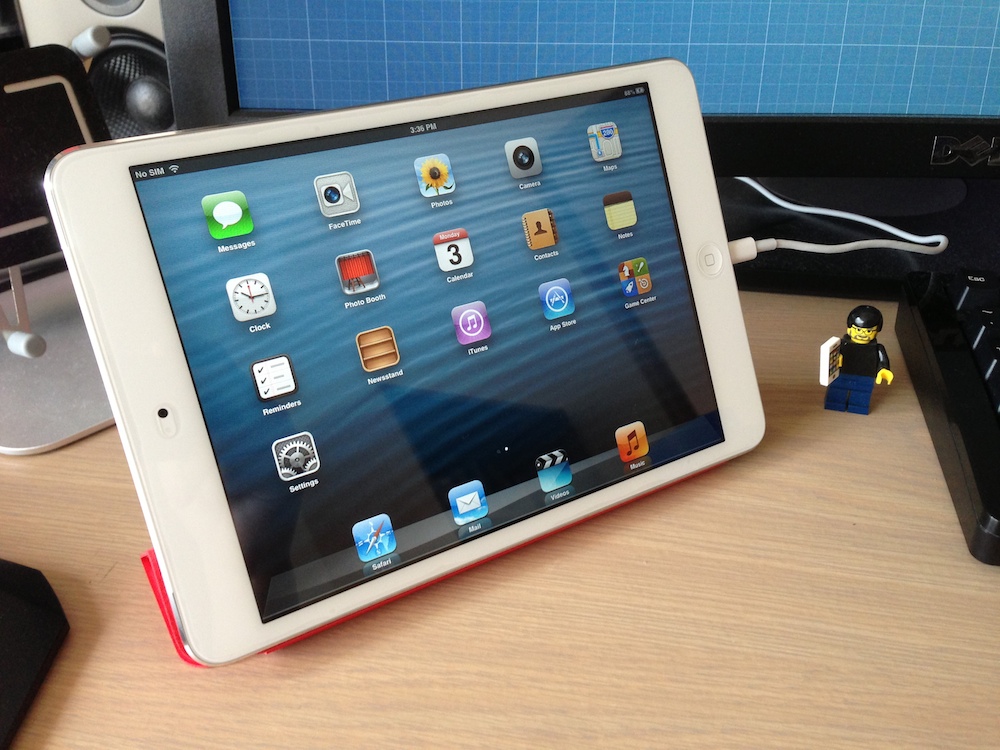 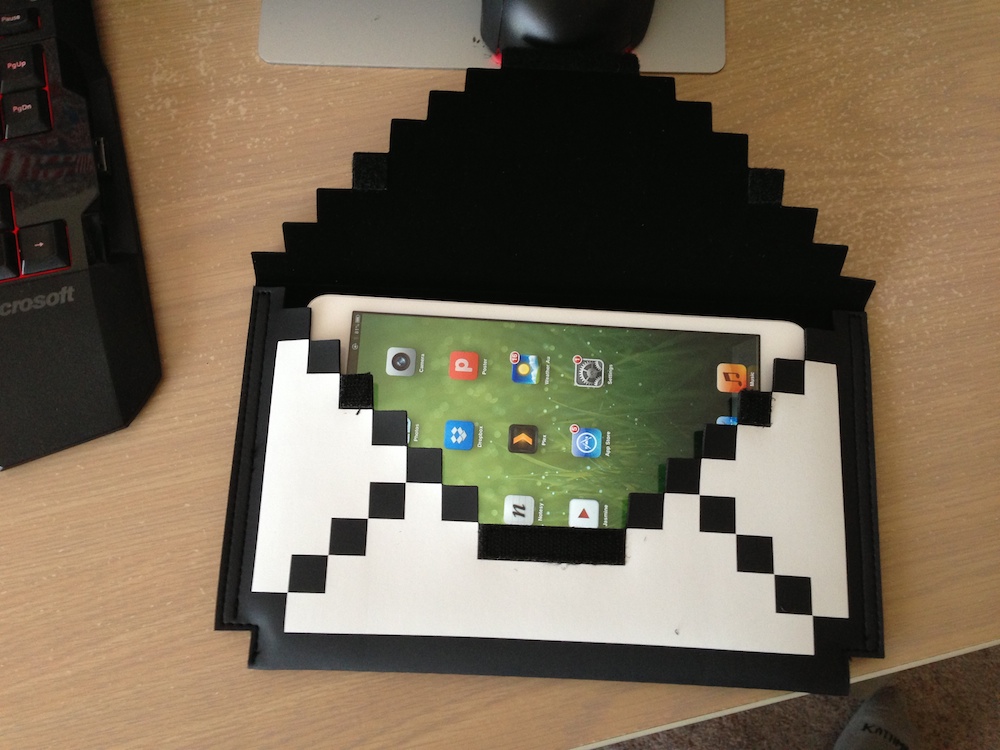 I was in Melbourne earlier this year for PAX Australia, and just before I left, I debated whether to take my MacBook Pro, both the MacBook Pro and iPad mini, or just the iPad mini. I knew I’d be doing “work” at PAX, but wasn’t sure if I wanted to lug around a fully-fledged computer that I might or might not use. In the end, I decided to bring just the iPad mini, and I’m pretty glad I did. It was the perfect size and weight, and even when I was back in the hotel at nights, I didn’t really miss my MacBook Pro – and I certainly didn’t miss the extra size and weight. I travelled pretty light during the expo itself, with only a Crumpler Five Million Dollar Home to my name and every tech gadget I could fit in there — 3DS XL, iPad mini, Sony RX 100 II, and a few other bits and pieces.

It was pretty telling that of the four people on our “gaming on the Mac” panel, none of us had Macs with us. Instead, all of us had opted for the iPad mini — three with Product(RED) Smart Cover, me without. (I was rocking a SmartSuit for iPad mini from The Joy Factory, as recommended by The Wirecutter).

I can pretty safely say for web browsing and keeping up with Twitter/Facebook, there is no better tablet than the iPad mini. Even more so now that the updated model has a much faster processor and a display with a much higher pixel density, even those features are completely superfluous for simple web browsing and looking at nice pictures of cats on the internet.

This whole time I’ve said the iPad mini hasn’t replaced my computer, and in truth, it hasn’t. But that doesn’t mean it couldn’t. With the addition of a separate keyboard (I use the Apple wireless keyboard, although I would strongly consider the backlit Logitech Bluetooth Easy-Switch Keyboard), the iPad mini becomes a productivity monster. It’s amazing the difference a separate keyboard makes: now you’re typing out emails with the same ferocity that you do on your Mac, now you’re copying and pasting stuff all over the web, and now you can use symbols without having to switch between three different on-screen keyboards. If you want to get work done with your iPad mini, or need to do any kind of serious text input, then an external keyboard is the only way to go; I can highly recommend the Incase Origami Workstation, if you have the Apple Wireless keyboard. I’m generally not a fan of cases that have the keyboard built-in, because they add unnecessary bulk to every time you’re not using the iPad with the keyboard, which, depending on your use, might be none of the time, or it might be the majority of the time.

I hear your questions. “If you’re using an iPad with a keyboard, wouldn’t you be better off with something like a MacBook Air?”, you ask. And I answer: yeah, maybe you would. The decision between a MacBook Air and an iPad (mini or otherwise) is something people ask me about all the time, and yeah, that 11-inch MacBook Air is pretty tempting. I guess it comes down to whether you need an actual computer or not — there’s heaps the iPad can’t do when it comes to managing files. Getting files onto it is awkward at best. But were the iPad excels is the touch-optimised interface and third party app experience; there’s a plethora of great apps out there for it. So if the decision is between a MacBook Air and an iPad of any kind, ask yourself: are you looking to replace a computer with it? If so, get the MacBook Air. It’s the best Mac Apple currently offers for the majority of customers. But if you already own a computer and just want something to use on the couch, out and about, maybe even when you’re travelling (the iPad is super-popular for those looking to go overseas, for some reason), then get an iPad. The size and weight will make it worth it, trust me.

Truth be told, I don’t use my own iPad mini often enough. But I know why: when I’m at home, I’m on my MacBook Pro, hooked up to my external monitor, mechanical keyboard, and wireless mouse. And when I’m out and about, I’m on my iPhone — the iPad’s smaller, more portable, widescreen iPod with touch controls, revolutionary mobile phone, and breakthrough internet communicator, cousin. There’s just no room for an iPad mini in between all that, despite how thin and how light the iPad mini is.

I’ve often considered selling my iPad mini and getting a MacBook Air. My MacBook Pro rarely leaves my desk these days, and I’d love a portable Mac. But then I realise what a pain having two Macs would be, and look fondly upon my iPad mini once again.