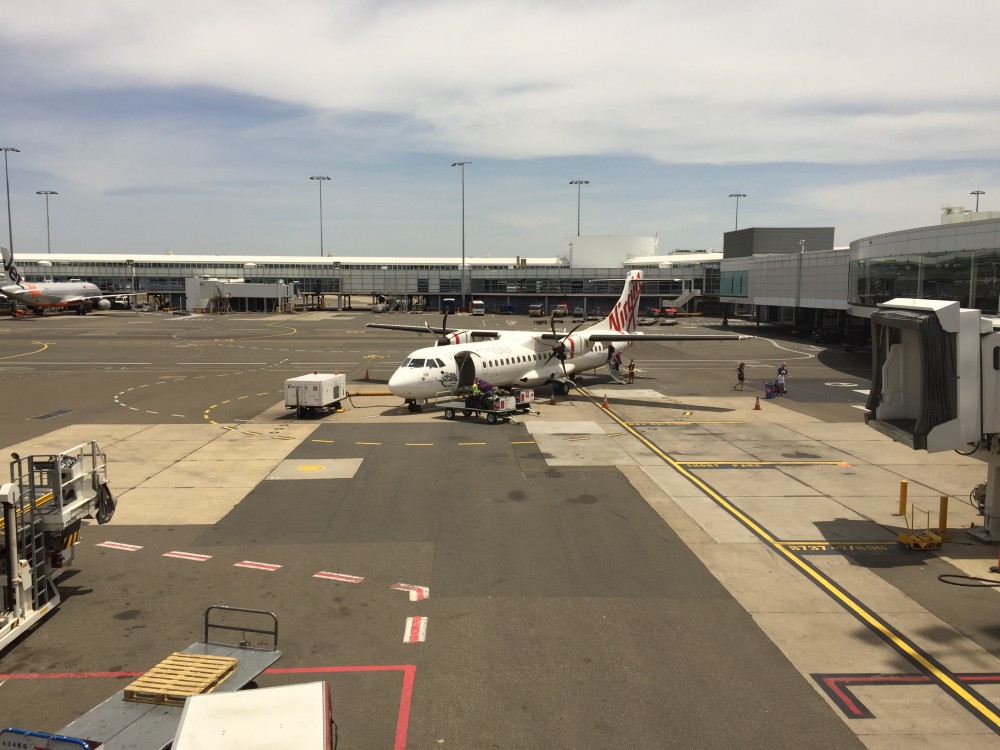 Oh man, we’ve reached that point where I just write about random shots from my camera roll? Seeing as I’m 6 days behind, yes, yes we have.

During my recent trip to Canberra I flew on three different aircraft on the four flights I took. I don’t have the exact numbers, but I’d guess that most domestic flights I’ve been on in Australia have been serviced by some Boeing 737 variant. This time was a little different: while the flights to and from Hobart were on 737s, the rest weren’t.

The flight was on a smaller Embraer E90, a tiny little jet with only two seats per side. I’m pretty sure I’ve been on one before, but I don’t recall them being ever so tiny — the overhead lockers in particular were downright minuscule, not even enough to fit my medium-sized backpack. It was also interesting to note how the seat allocations simply skipped a letter in every aisle. It was seats A and C on one side, and D and F on the other for reasons unbeknownst to me, although if I had to guess it’d probably some Virgin system limitation. Other than that, pretty similar to any other aircraft, if a little cosier.

The real surprise came when I flew in a ATR aircraft (turboprops and all) for the Canberra to Sydney leg. The particular one I flew on was VH-FVP, and I’d never been on one before. There was a bunch of schoolkids on my flight who had just finished a camping trip of some kind (also going back to Tasmania, interestingly enough, although they were flying back to Launceston), and I was somewhat apprehensive at the size of the thing.

The flight itself wasn’t too bad, except for the fact you can feel variations in altitude more readily than you can in an 737 or 747. You notice every bump and difference in air pressure, and dropping a few feet is really kind of harrowing. You also don’t appear to fly as high, staying below the clouds for the most part (land was perceptible out the window for pretty much the entire flight).

Overall, while I wouldn’t want to be travelling on a turboprop aircraft all the time, they probably have a certain advantage for shorter flights.