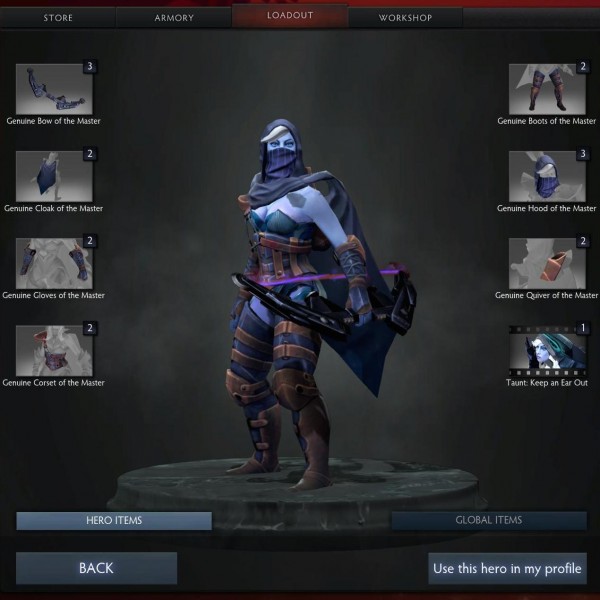 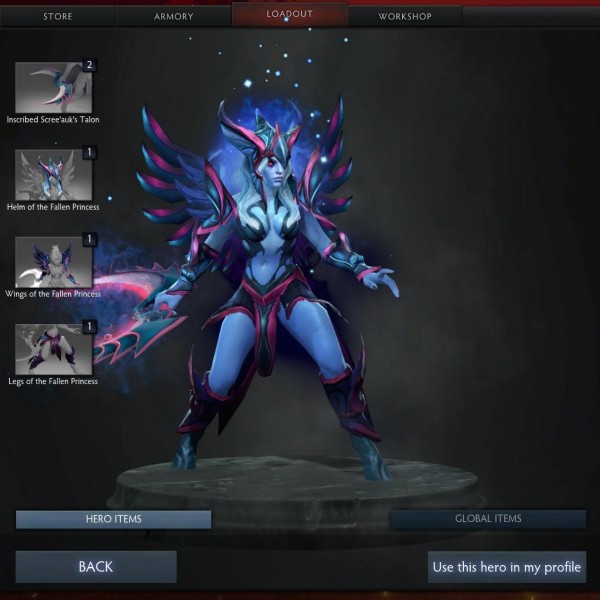 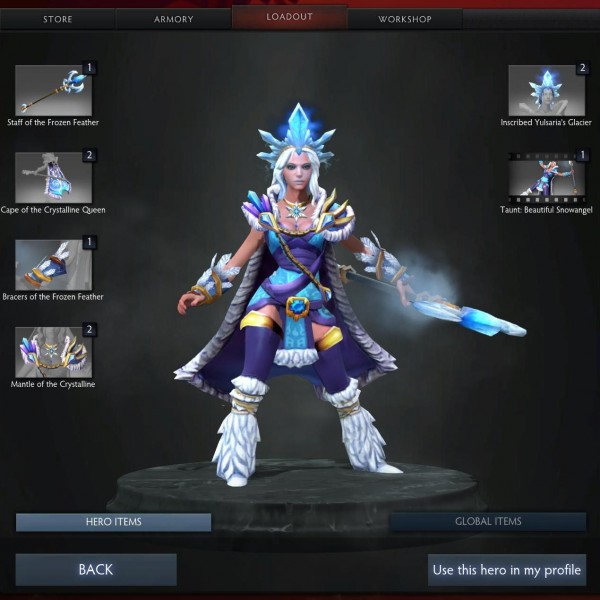 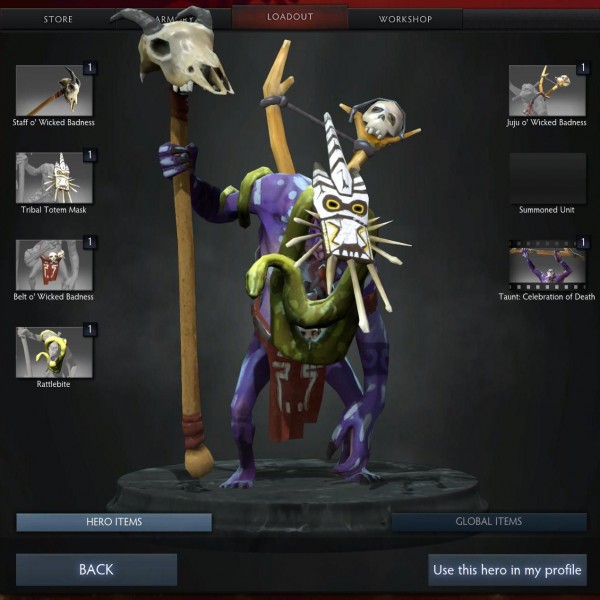 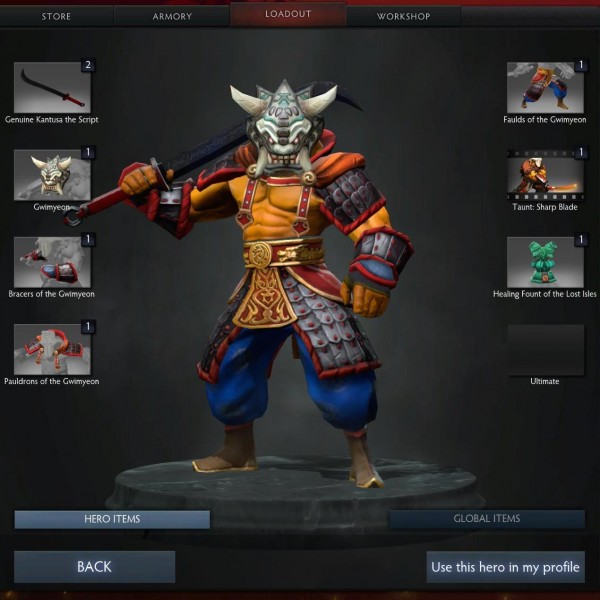 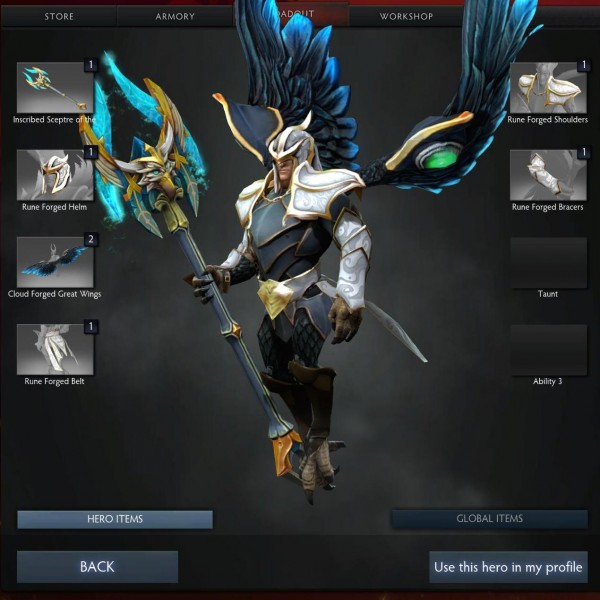 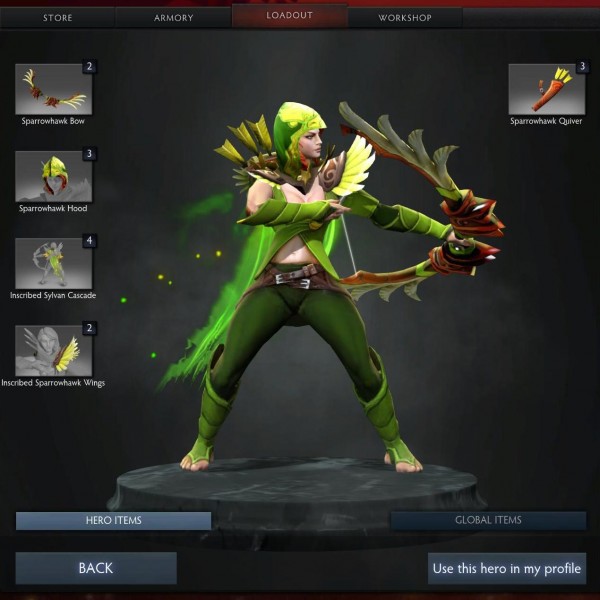 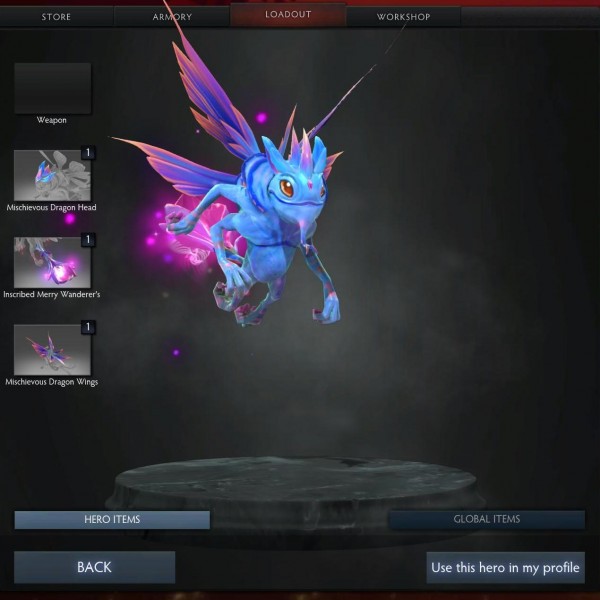 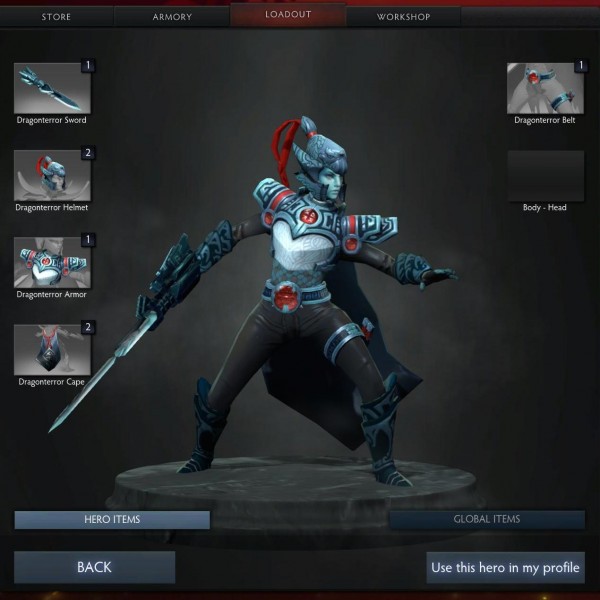 Sometimes it’s not about individual items, either — Windranger’s Flight of the Sparrowhawk set, for example, only grants custom animations when worn with other items in the set. I found myself shelling out that set too, even though I’m not the biggest fan of Windranger as a hero.

Vengeful Spirit has always been a favourite of mine (I picked up a Vengeful Spirit mousepad during the same trip to Malaysia), so I just had to have Scree’auk’s Talon, which would go on to become my first immortal rarity item. And when Valve released the Treasure of Dire/Radiant arms, I opened ten of the damn things hoping for Vengeful Spirit’s Vestments of the Fallen Princess set. Of course, I didn’t get it from any of the chests I opened, so I gave up and found the set on the Steam Community Market. It was pretty expensive, to be honest, but I can tell you out of all the loading screens I have, I only use the Vestments of the Fallen Princess loading screen. It’s just so pretty, you know? 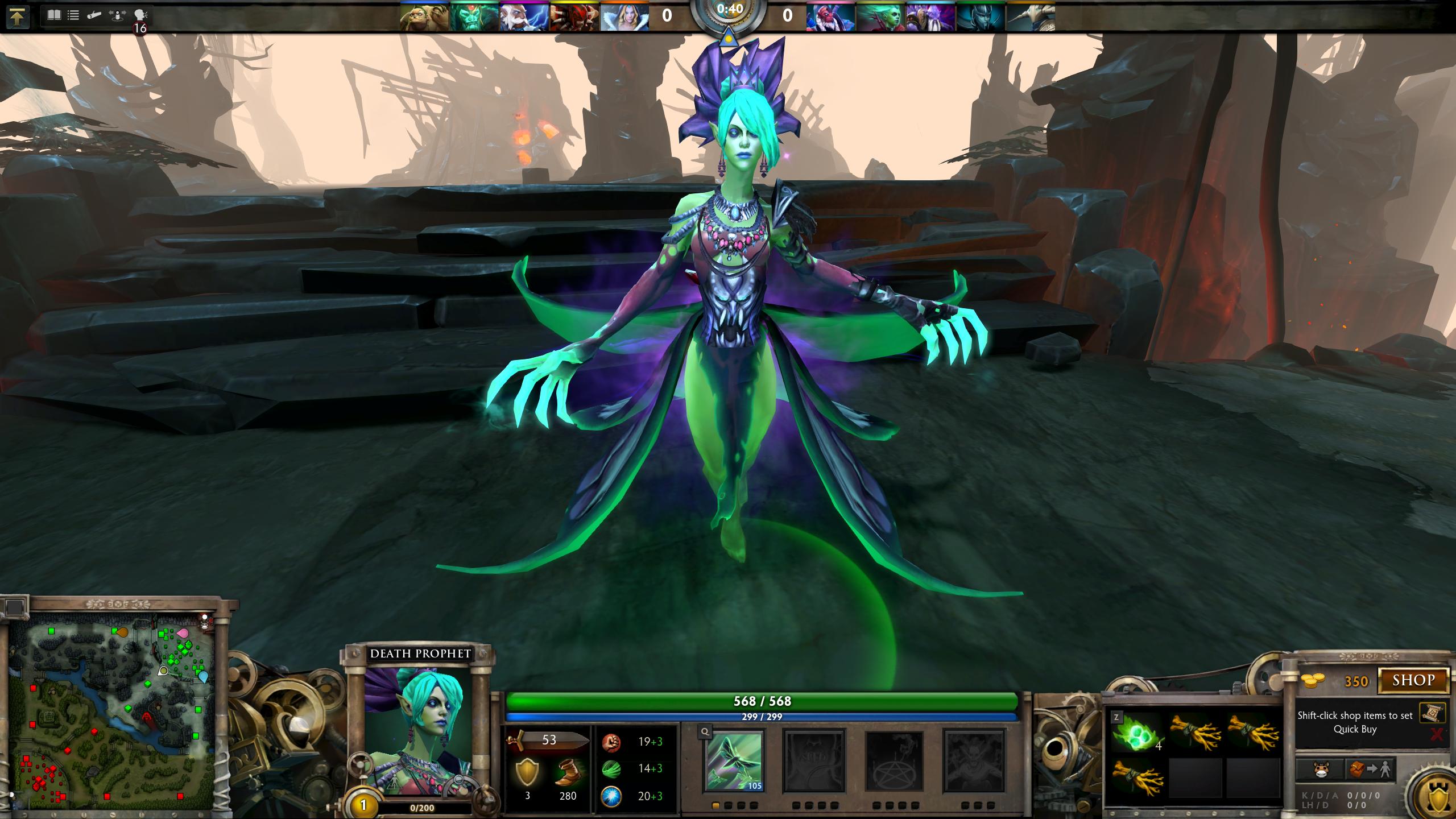 I’m don’t usually go on Reddit, but I’ve been checking out /r/Dota2fashionadvice to see what other cool items other people have. My Death Prophet set is directly ripped off from there, and I checked out what would look good on Crystal Maiden before settling on my current look. Thanks to the Free to Play Collector’s Pack I have sets for Sven, Pudge, and Chaos Knight, and thanks to the number of chests I’ve been opening lately in attempt to get items I actually want, I have a bunch of sets for a few other heroes, too.

I had no idea how addicting collecting items actually was until I started. Not necessarily because I have to have everything — it’s not Pokémon, after all — and not even items for every hero, just the ones I actually like and play.

Because you’ve made it this far, a few tips if you’re also looking to grab items for your favourite heroes. Stuff that nobody told me, but I wish they had: