Every time I go back to Malaysia, my relatives all give me money in the form of red packets. It’s called tradition, and although Chinese New Year was over by the time we arrived this year, I still managed to get a few — some because they hadn’t seen me for a year, some just because.

And every year, I have this internal struggle with myself whether to spend the money or not. On the one hand there’s nothing I can buy in Malaysia that I can’t get online or back home in Australia, plus I usually save money rather than spend it. On the other side of the coin, I might as well spend it seeing as converting it back to Australian dollars means I lose out.

I didn’t intend to buy anything too epic this year. A new pair of Nikes, maybe, but that was about it. But little did I know the things Malaysia’s shopping malls had in store. In no particular order… 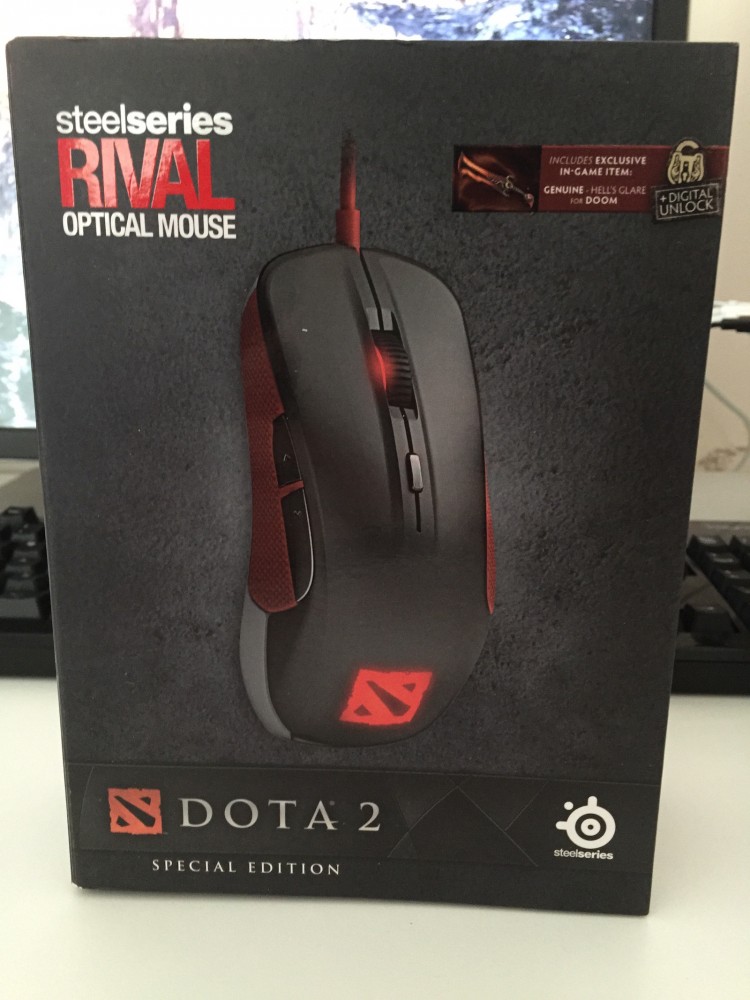 Found one of these at the same mall I picked up the SteelSeries Kana, last year. Wanted the SteelSeries Siberia as well, but the package would have been interesting to fit in my luggage. 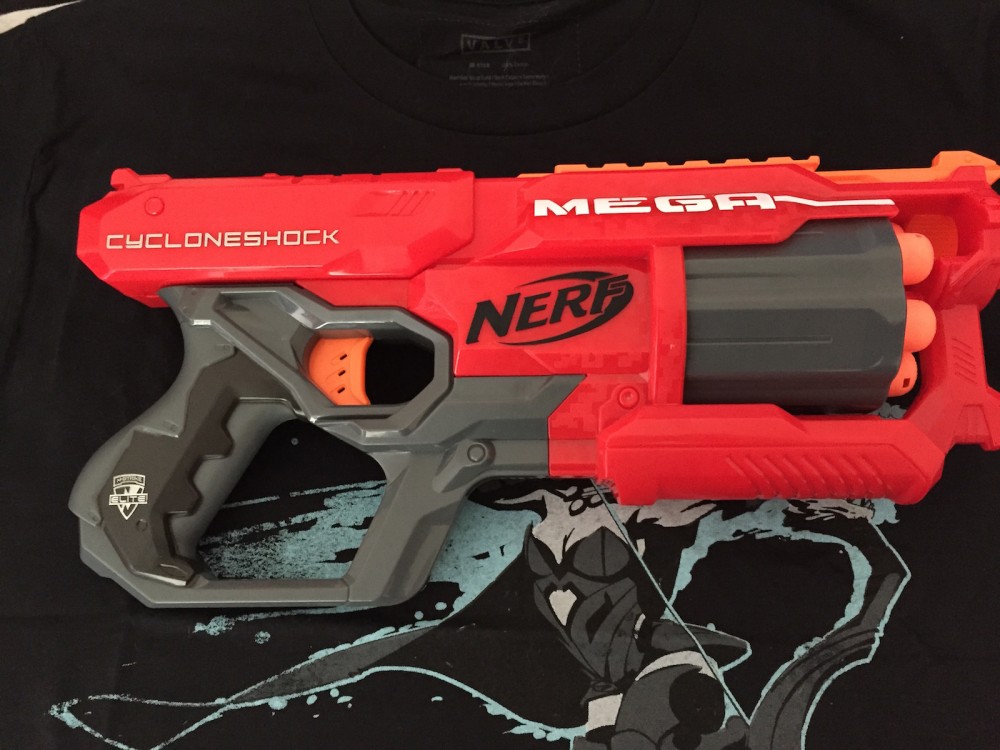 At the same mall where I picked up the Rival was a Toys R Us. In the spirit of adding to my Nerf collection, I grabbed this Nerf Cycloneshock — I’ve been impressed by Mega darts before, and this seemed like the natural progression.

Later on we went to KL’s Mega Mall, and in a little electronics corner, one of the shops had a couple of t-shirts hanging up on the wall. I didn’t think much of it at first, but because the store seemed to be one of those that had promo material for other “special editions” of games (The Order 1866 seemed to be the flavour of the week), I decided to take a closer look. I’m super glad I did, otherwise I might not have picked up these awesome Dota 2 tees. As far as I can tell, they’re the same ones that were available on the Valve Store, but in actual sizes other than XL and XXL. At first I assumed the guy didn’t have the size that I wanted, but as soon as he said he had medium, I went from buying one of them to four. And the tees even came with the in-game item, just like they would have if you purchased from Valve’s online store. Super stoked. The little shop also had Chaos Knight, Axe, Juggernaut, and Brewmaster tees, but they didn’t have the Axe version in Medium (but they did have the Dota 2 track jacket, as well as the radiant and dire tees. I should have picked up more, but I didn’t have enough cash on me. 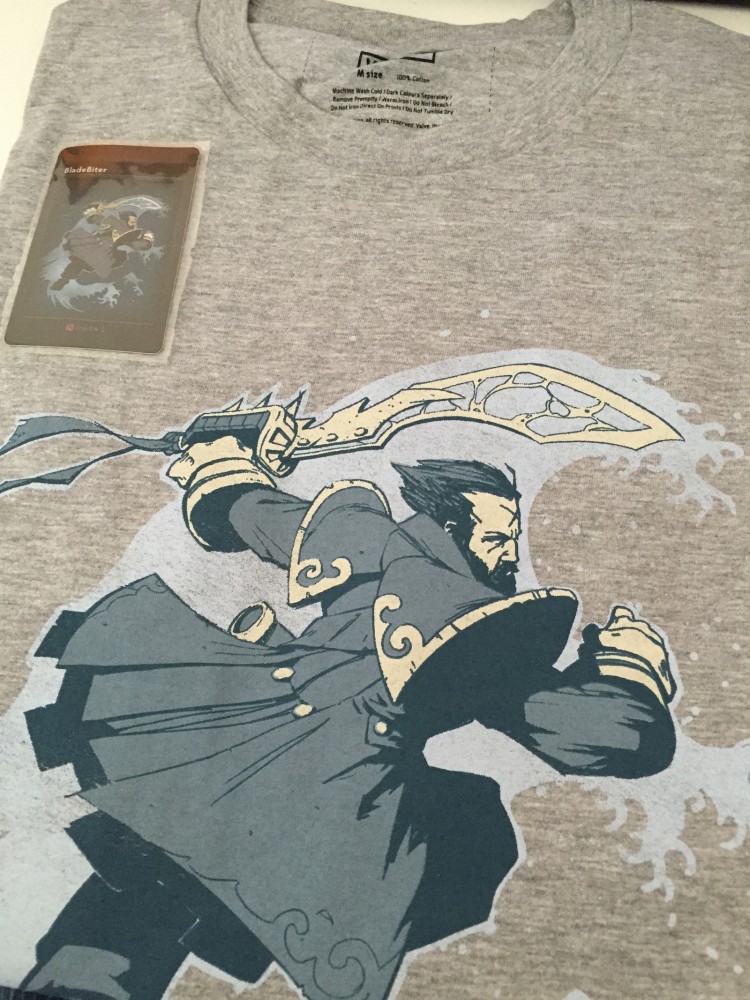 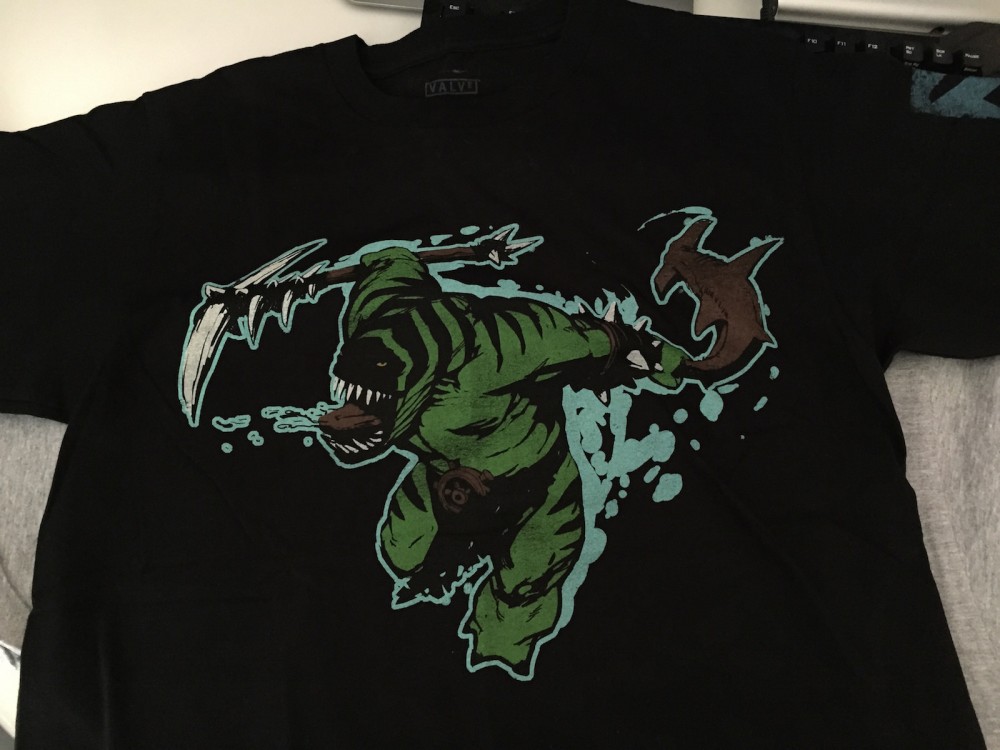 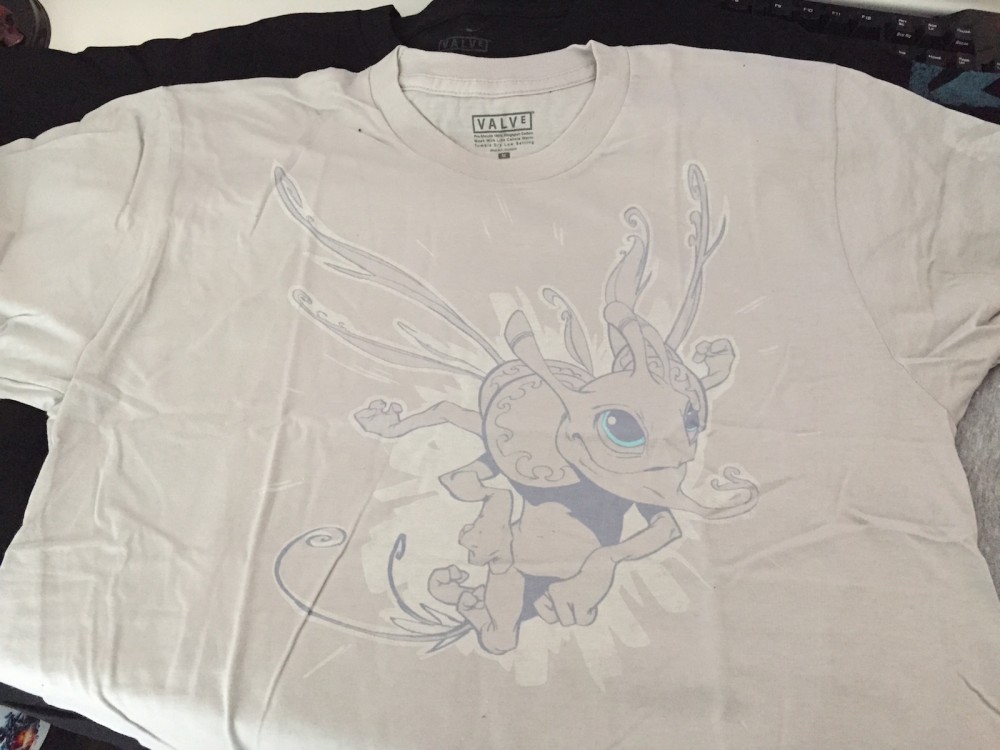 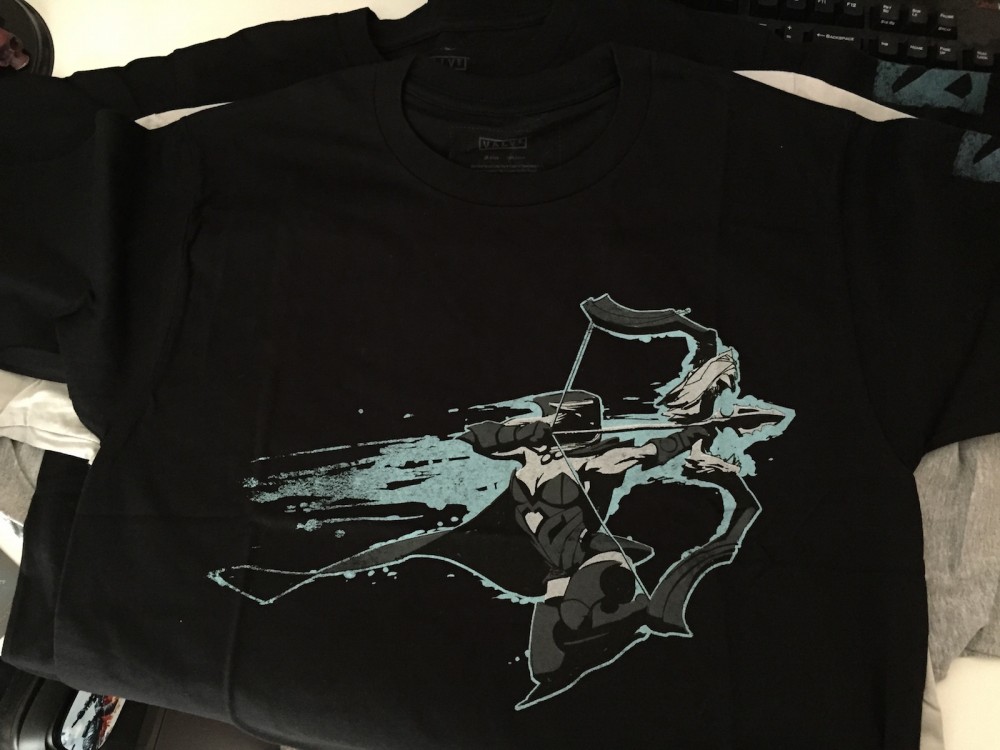 At another little mall in my father’s home town, I looked for Korean drama because I am actually a girl. There was some, but I wasn’t sure what to get — I asked my sister about Emergency Couple seeing as it starred someone I knew from another show, and she said it was OK. I found the Persona 4 animation, so I picked that up too. 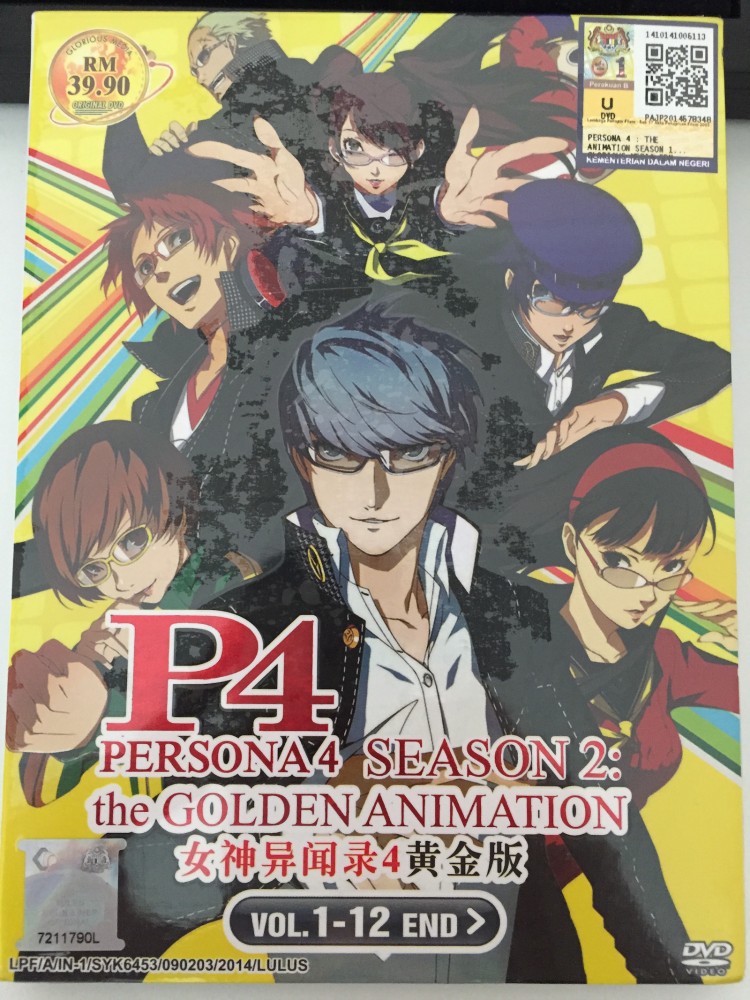 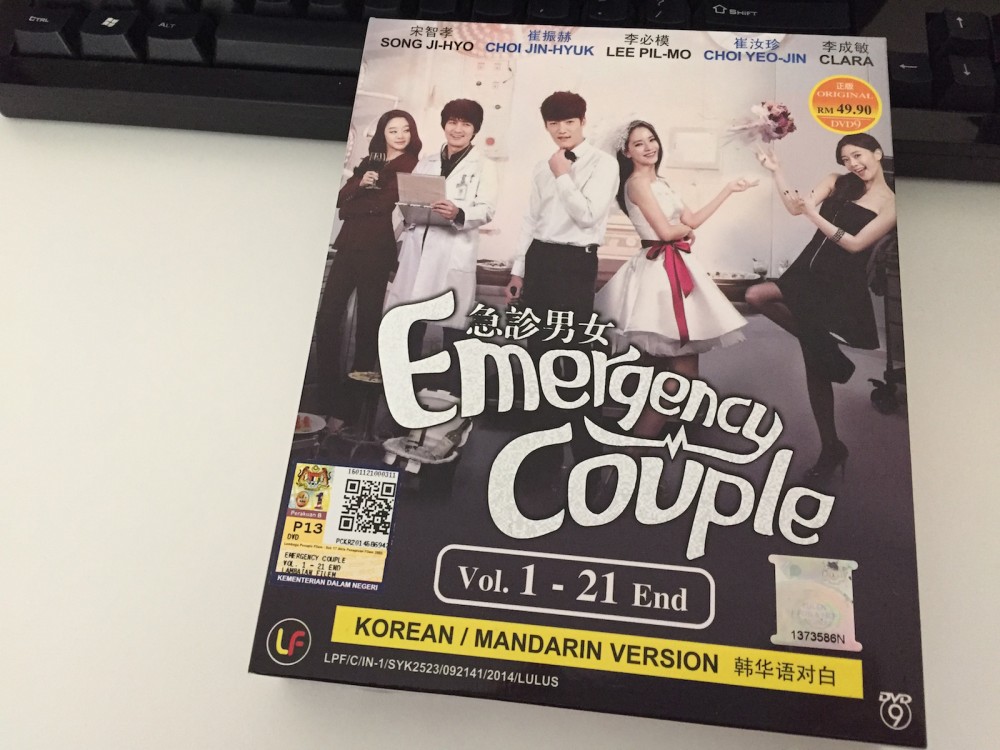 Last but not least, on the last day we were in Malaysia, we went to an out-of-the-way mall in KL called Sunway Pyramid. The Sunway Lagoon water park is right next door, as as much as I wanted to go ride rollercoasters, none of my cousins wanted to. So I tagged along with the shopping experience, and while I was initially disappointed at the electronics and gaming stores for not stocking anything Dota-related, I found myself in a strange arcade filled with smaller speciality stores (instead of the larger fashion outlets — my sister may have been having a ball, but I was less than amused).

Anyway, it was down one walkway that I stumbled into a comic store. Figuring that would be better than nothing, I stepped in to have a bit of a look — and was pleasantly surprised at the number of figurines adorning the walls. I’ve been wanting a Bravely Default or some other cute Final Fantasy figurine for ages now, despite never having played the game, but all the stores I had visited so far only had “popular” stuff: Slam Dunk, Hatsune Miku, Dragon Ball Z, or any one of the R-rated comics with half-naked women in compromising positions.

Then I saw it.

The Tharja model from Fire Emblem. The same one featured on Tiny Cartridge almost two years ago. The one and the same that’s frequently on Amazon for over US $80, plus shipping.

I bought it on the spot, and it’s now my most prized possession. It instantly justified my frantic running through the mall, searching for a store that I was interested in, it justified driving the 40-minutes to get to the mall in the first place, it justified my entire trip.

The only problem was how to get it back home, but that was for future Benny to figure out. 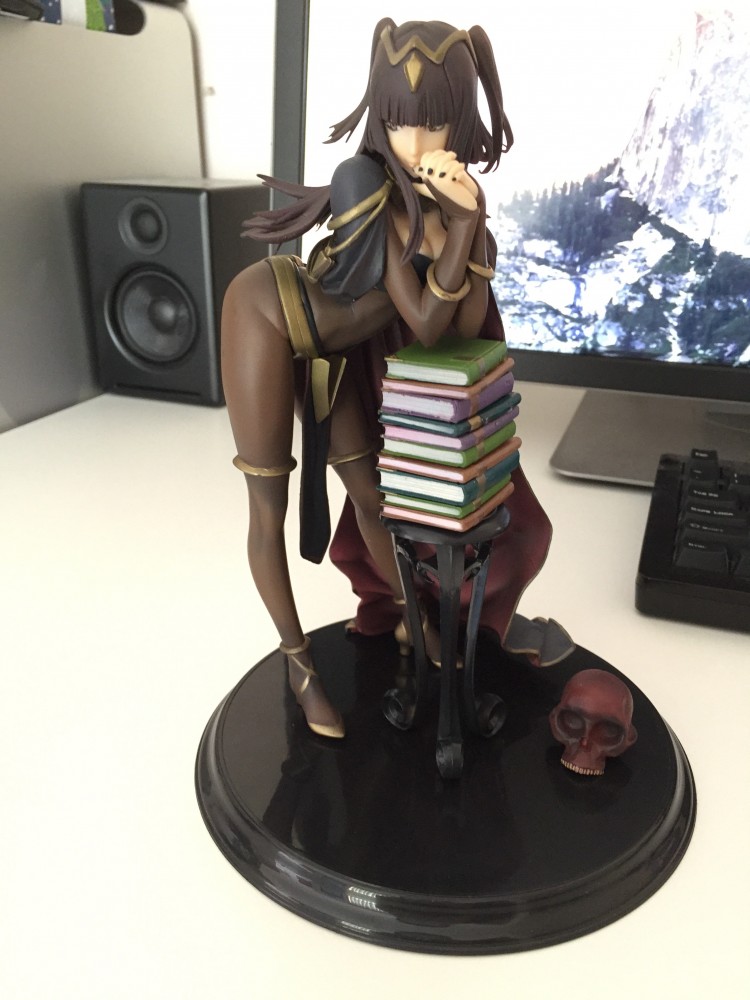