I’ve never been one to call computer hardware sexy or anything, but this is pretty nice, aesthetics-wise1.

Results in a pretty nice performance upgrade over my previous graphics card, a GTX 480, too: 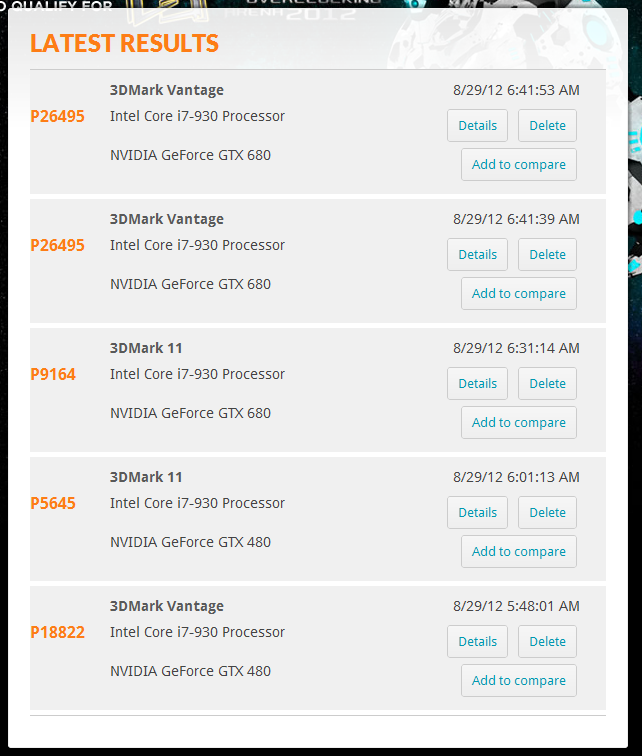 What if the NES could unleash it’s full color palette unconditionally? Would that have changed its longevity? Would it have staved off the 16-bit generation? We’ll never definitively know, but it’s an interesting idea to ponder.

This is the color palette for the original Nintendo Entertainment System. It technically had 64 colors in it, but nine of them are black and there are also two shades of gray that look almost identical to some other colors…So let’s play it safe and say that it had a palette of 54 colors.

via The NES That Never Was… – Dueling Analogs Article.

What would happen if the NES was able to use more than just the 4-colour sprites it was limited to, with one of those being transparent? Logos are everywhere. Because of this, only a few can rise among the noise — and often it’s the more unique logos that are most memorable. Sometimes to be unique, you’ve also got to be weird. In this post, we showcase twenty lovably strange logos that work.

via 20 Weird Logos That Work (and Why They Do) – VECTORTUTS.

The geometric layout of the Seven and Six logo creates a groovy looking mark that also acts as the graphical alternative of the brand name. Using the numeric figures and the ampersand reinforce the complete worded variations.

Love the design. Wish I could be that designer-y.