The last time we talked about backpacks, I was discussing how content I was with the Incase Campus. Despite not being particularly flashy, or having any really unique selling point, I enjoyed how light it was when empty. It was this combination of being super light and super compact when empty that allowed me to carry it everywhere, just in case I found something I wanted to carry home.

I don’t remember buying the Campus online, but I do remember how I stuck it in my wardrobe and kind of forgot about it, until I re-discovered it a few years later and decided to take it with me when I moved to Brisbane. I remember taking it overseas, to the US and The International 2015, and having it serve as my all-purpose, all-rounder backpack — capable of holding all my groceries during my weekly shop, everyday essentials, and whatever else I wanted to carry around.

I ended up putting it through the wash, which turned out to be the beginning of the end as a tear developed at the top near the zip. Due to its placement near the zippers which only exacerbated the fraying of fabric that followed, within a few short months the tear was big enough that zipping up my backup was, more or less, an exercise in futility.

I began looking for a replacement.

I had heard about the OnePlus Travel Backpack from The Verge, who said at the time that it was the best OnePlus product of the year — a scathing comment for a smartphone manufacturer that had just released the OnePlus 5. But the Travel Backpack looked the goods, and provided it was as functional as they said it was, combined with the same understated, yet minimal and modern look that made it not too dissimilar from my Incase Campus, it would make the ideal replacement.

But by the time I decided to buy the OnePlus Travel Backpack, sometime in early 2018, OnePlus themselves were no longer selling it. I was initially disappointed, dismayed at the prospect of having to spend another few months looking for another great backpack, until one day I decided to take my chances and take a look on AliExpress. After all, if there’s one thing Chinese manufacturers are good at, it’s producing decent knockoffs of real products, and I thought I had pretty good chances of them copying a Chinese-designed backpack.

I ended up finding and buying the OnePlus Travel Backpack on AliExpress. Although I’ll probably never know how close it is to the real thing, if it’s a fake, it seems to be a near-perfect copy, as far as I can tell. Everything carries OnePlus branding, including internal labels and zip pull tabs, right down to the removable tags you get on products. Plus, it seems to have all the same features as the OnePlus website says it should.

And as far as being an actual backpack goes, the OnePlus Travel Backpack is not bad. It’s heavier than the Incase Campus, but the trade-off is increased durability and slightly more protection for whatever I’m putting inside. I packed it full of stuff for a three-day weekend trip to Sydney, and it carried all of my stuff without kicking up a fuss, and was comfortable enough on my back for the better part of a day, so I guess it passes the basic backpack litmus test.

But it was the extra weight of the Travel Backpack that made me realise I couldn’t use it as my new go-everywhere, do-everything, backpack. The specs say it’s about 1.1KG, which isn’t much, but that makes it about four times heavier than the positively featherweight Incase Campus. I didn’t like the way it was always sticking out from my back, regardless of the contents — unlike the Incase Campus, additional structural support meant that it doesn’t collapse down to a more compact form factor when empty.

I got very close to picking up a super-lightweight something-or-rather from Crumpler made out of what I thought had to be the thinnest material known to man, and probably could have been happy with that. I wanted a backpack that I had looked at a while ago from a local company, but it, too, had been discontinued. I lusted after the GR1 (again), balked at the price (again), and decided I could find something cheaper and lighter.

Incase had another sale recently, and I decided to have another look. If I found the now-discontinued Campus the first time, they had to have something similar, right?

As it turns out, the Incase Compass is pretty similar to the Campus I had originally, at a price I was prepared to pay. The material is a bit thicker, and there’s slightly more padding all over, meaning that it doesn’t get as compact as the Campus did when both are fully empty, but it gets pretty close.

I really like the "chunkier zip style" of the Compass, although I’m not a huge fan of the faux-leather pull tabs. There’s now internal organisation pockets in the front-bottom zipped area, the front-top zipped area is larger, and there’s a new small pocket at the top that I’m not completely sold on – due to its location, when you open up the main bag compartment it’s the first thing you see, just hanging there. The pocket itself has a bunch of faux-fur padding, so maybe it will come in handy for delicates.

Overall, I’m very happy I finally found a great backpack replacement. Now all I need is somewhere overseas to take it… 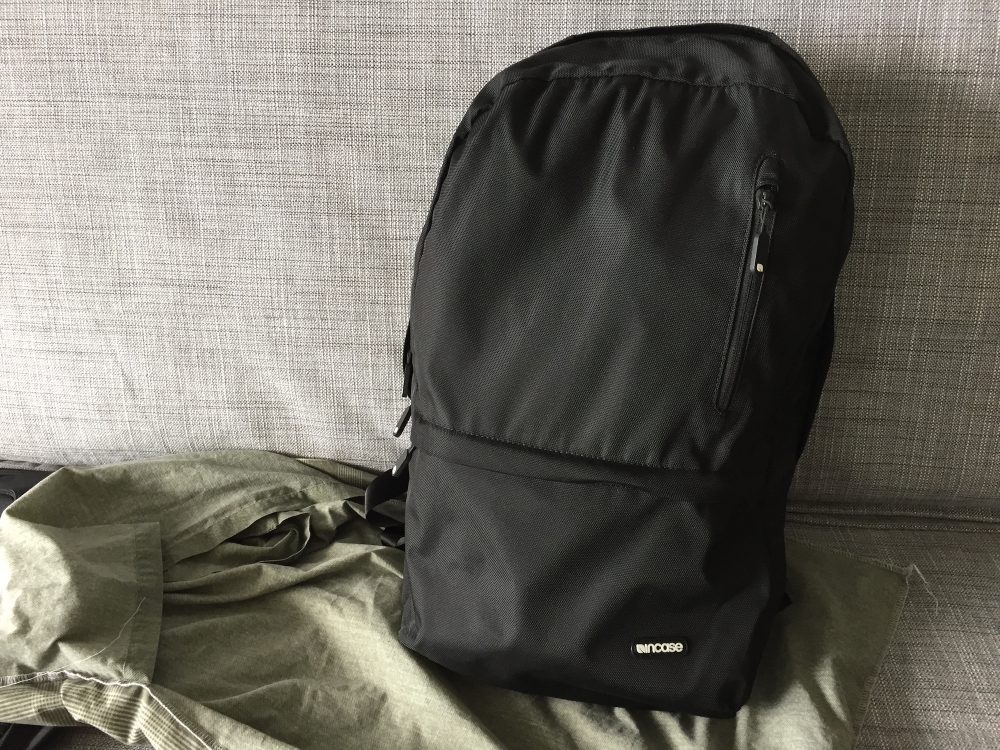 END_OF_DOCUMENT_TOKEN_TO_BE_REPLACED

via Experiment No. 1: Rocket Launch on Vimeo.