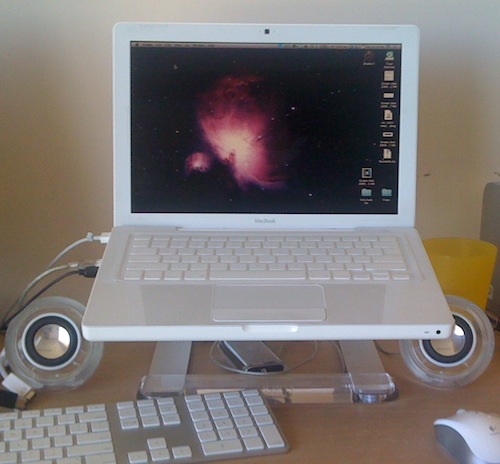 Oh, sectumsempra. That is the name I gave to you on that fateful day, right after pondering something that would be appropriate for such a machine of your… nature. I remember how we met — you were there, dressed all in white, and I was there, dressed in blue and black. I remember how badly I wanted one just like you, perhaps even one of your slightly younger sisters…

I remember tossing and turning late at night over the decision that I would come to realise as completely trivial in the grand scheme of things. You were slightly slower, but that didn’t matter. If anything, I would describe you as having matured well. The only thing your sisters really had going for them was a higher upkeep and that youthfulness that so many strive to achieve but few actually do.

The rest, as they say, is history.

We’ve had a decent bit of time together, you and I. You survived not one, but two massively tiring overseas trips (honeymoons, if you like), and you kept me entertained for untol hours like only a MacBook of your calibre could.  Try as you might you always seemed to struggle with anything more graphically intense than counter strike 1.6, and even Minecraft maxed out your fans within seconds, but I never held that against you.

Being the responsible owner that I am, I decided to instead concentrate on what you did best, which was pretty much everything else. You flaws were few and far between — even when I cheated with one of your super-fast, super-sleek cousins, not for a second did I think of abandoning you, even when I discovered you slowed down considerably wen plugged into an external monitor of decent resolution. For all your flaws, old MacBook, there’s still a lot to love about you.

You’ve had a lot of upgrades, ye olde MacBook. First a big new hard drive, but it wasn’t long until I had to max your RAM (and even then you almost always wanted more). Now that you’ve got an ever larger, faster hard drive I can say with some confidence I’ve spent more on you than what you were really worth, but you know what? It was all worth it. For all the good times and all the bad, it was all worth it.

We’ve been through a lot, you and I. A few handfuls of iMovie projects, close to 10,000 photos, 7000 songs, and countless other files here and there. People mocked you for your mediocre stamina, but you held your own where it counted. You were mine, and that made you special.

Farewell, ye olde MacBook. You will be missed.