Alternate title: all these o’s directly followed by r’s with no u in-between getting all up in my grill, yo 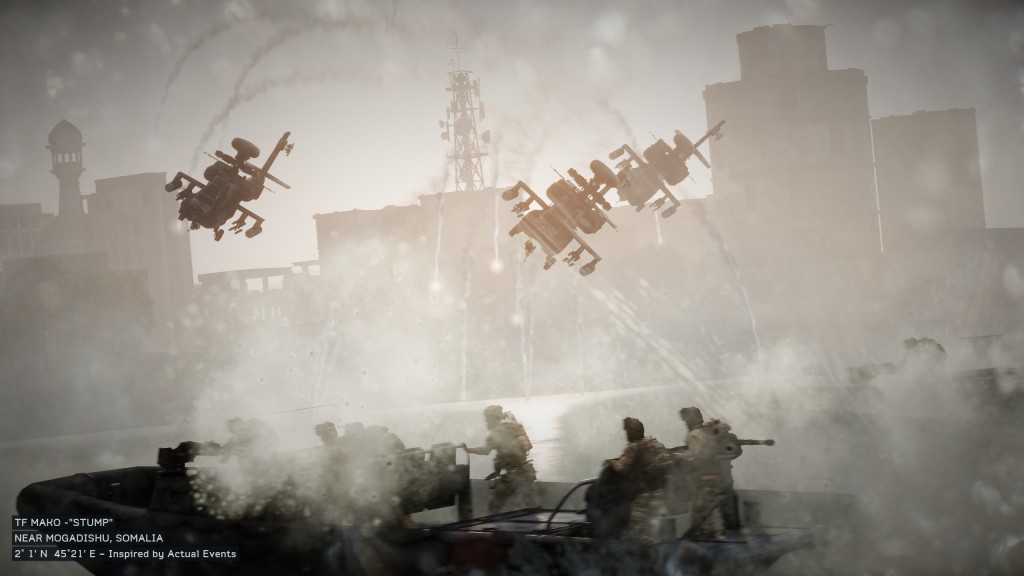 I ended up pre-ordering Medal of Honor: Warfighter after enjoying the previous game so much, and, as it so happened, ended up playing this year’s Medal of Honor title during this year’s Uni study period (the second one). Warfighter isn’t the first game in recent times that’s been almost universally panned (see also: Resident Evil 6), and at first, I couldn’t figure out why. I mean, Warfighter is as much a game as any of these other titles; it has a plot, which is played out via interactive gameplay and the occasional cut-scene. Isn’t that what a game is? And yet, Warfighter was receiving scores which suggested it was nothing more than exceptionally mediocre — nothing spectacular in terms of breakthrough gameplay, storyline or pacing, but just… average.

Warfighter is the story of Preacher, a Tier One operator who’s been through hell and back. He’s been through the thick of it in the past, but in Warfighter, Preacher starts out as someone who’s just on the sidelines. You learn that Tom — Preacher — has taken a leave of absence from his usual duties in order to fix his marriage, and meanwhile, something big is happening elsewhere in the world. By playing over some of Preacher’s previous missions, you learn that some of these things might be connected. Then, suddenly, boom — a train blows up in Madrid, the very train and platform where you’re supposed to be meeting your wife and kid. You wake up in hospital, where your former CO tells you your wife and kid are safe, that they missed their train. But that’s not all: things are going down, and others you used to know are there trying to clean up the mess, find the culprits, and get to the source.

What follows is your story of how you’re assigned to an entirely new Task Force, Task Force Blackbird, in order to find out who the source of these attacks is. First you’re looking for P.E.T.N., the explosive compound that you encountered during your very first mission in Warfighter, then you’re looking for where it came from, tracing the source all back to a certain Sheik, and then even further still, to a mysterious Cleric. 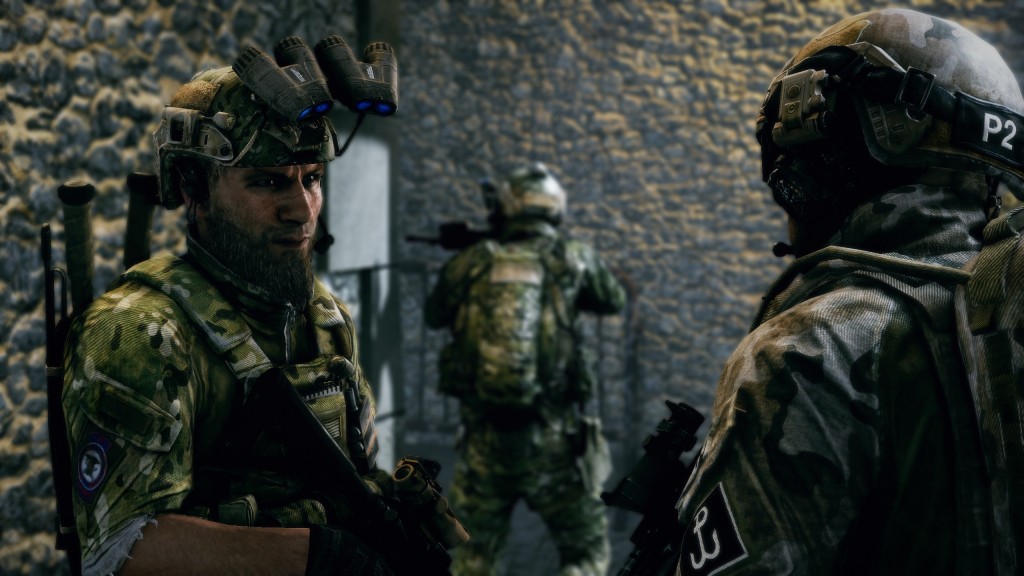 Along the way, you’ll eliminate enemies from a helo in the sky, breach through numerous doors in a variety of different ways, participate in a co-ordinated sniper strike on targets in a hostage scenario, and, perhaps my favourite of all, drive like a madman through the streets of Dubai, either in pursuit of a target, or in an attempt to evade pursuing forces.

Don’t get me wrong, Warfighter is just about as linear as they come. You play through the missions in the order as dictated by the developers. There’s no decisions to be made here, only enemies begging for a bullet in their skull. At the heart of it, maybe that’s the issue here: Warfighter is a game with a single-player campaign that doesn’t let you make decisions, that doesn’t put you in control. You don’t get to decide whether people live or die, you don’t get to call the shots. 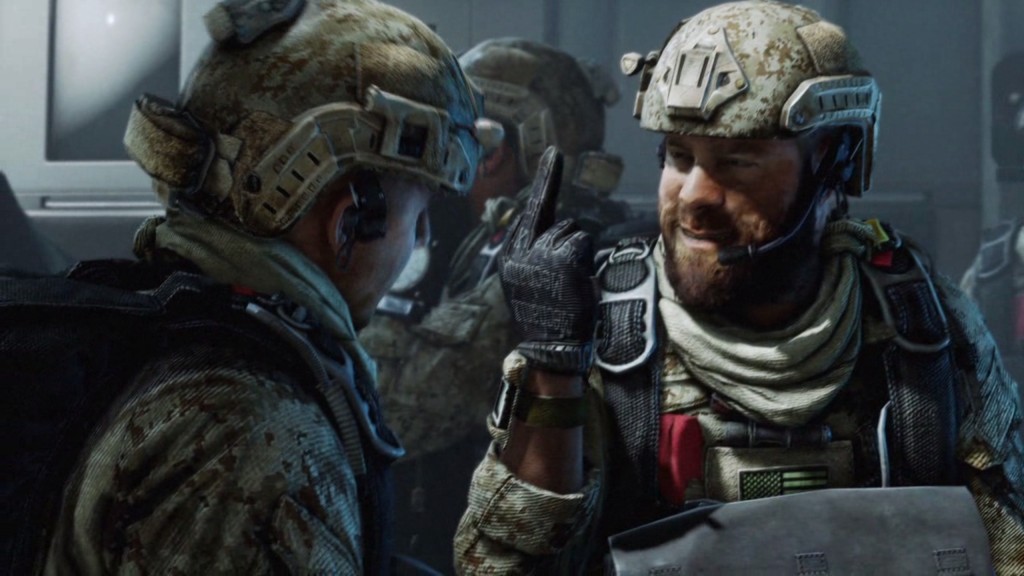 “If I die, give this to my wife. She’s already got everything else.”

But, I mean, isn’t that kind of the point? If you’re expecting to make decisions in a game that’s all about what the developers want to show you, aren’t you expecting too much? Single player campaigns in first person shooters are all about telling a story, and if you’re not coming along for the ride — beautiful scenery, on-rails shooting galleries, and all — then you’re playing the wrong game. Because if the developers of the game wanted you to make decisions, if they wanted  you to be in control, wouldn’t they have put those kinds of elements into the game to begin with?

Honestly, this isn’t the first time we’ve seen this kind of game. Warfighter features un-skippable cut-scenes, and you know what other game does? The Walking Dead. Like Warfighter, The Walking Dead features un-skippable cut-scenes, of which there are many. And even though The Walking Dead is perhaps a game where you’ll make some seriously hard decisions, it’s also a game that features the illusion of choice. But again, why is any of this surprising, when it should be the complete opposite? Games that tell narratives (however poor said narrative might be) via their single-player campaigns aren’t exactly new, just ask any of the Call of Duty series, the Battlefields, or the somewhat newcomers, the Medal of Honor games (2010 game onwards, that is). 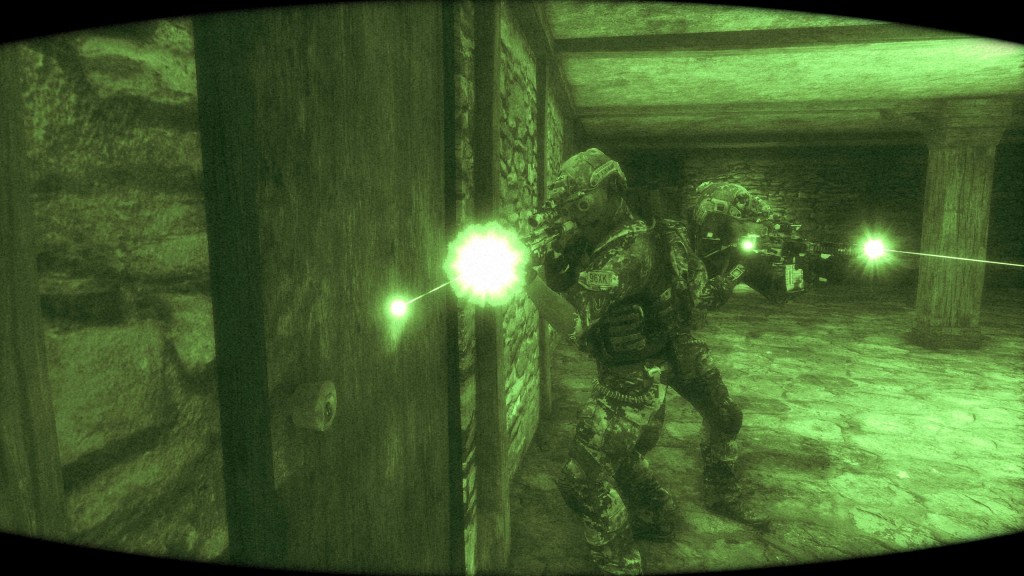 If it’s different you want, then it’s different you’ll get: Spec Ops: The Line is another game that I’ve written about recently, and that shares a lot in common with Warfighter. Spec Ops and Warfighter are both games that, on the surface, look extremely similar. They both set the scene for war, explaining to those who haven’t been in the mix what war is like. They’re both games that feature linear gameplay, fighting enemy after enemy, corridor after corridor. But where Spec Ops takes things to their extreme by evolving the protagonists into something resembling nothing like themselves, Warfighter takes the well-worn path. Warfighter forces you to take the shot, Spec Ops laughs at you for not doing so. By comparison with Warfighter, it’s easy to see why Spec Ops has been so widely praised. 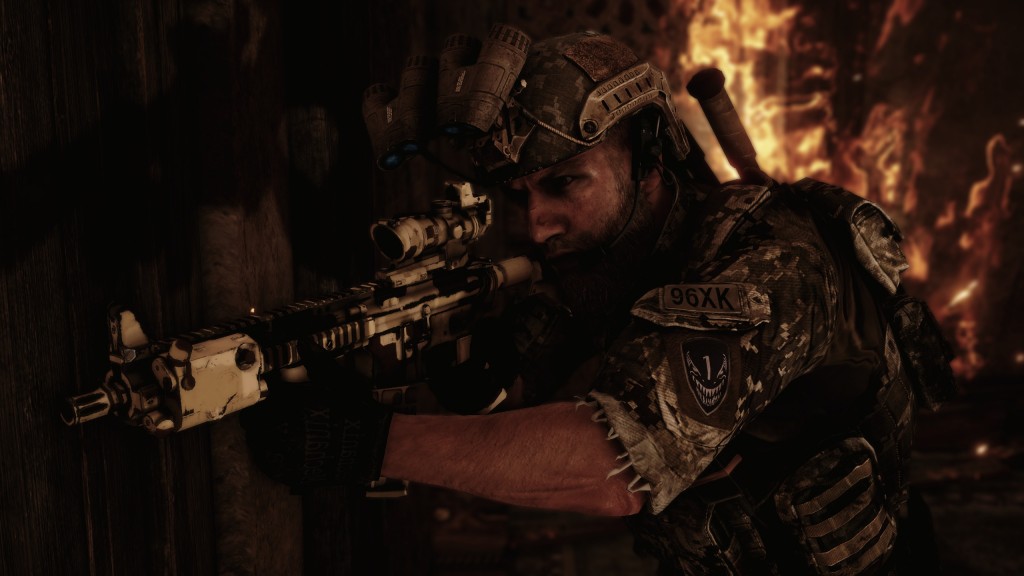 After my first play through of Warfighter, I wasn’t sure if I liked it as much as the previous game. I wasn’t even sure what the plot was even about, or why some of the cut-scenes weren’t rendered in the game engine, but rather, as some kind of quasi-movie scenes with actors that looked like characters out of a video game. But then, around halfway though my second play-through, I realised it was more than that, that the non-rendered cut-scenes served to separate the story from the gameplay. It was then it started to click: the story wasn’t all over the place any more and actually made sense, and I felt that I had a real sense of purpose during the game, that I was doing something that had a real impact on things. 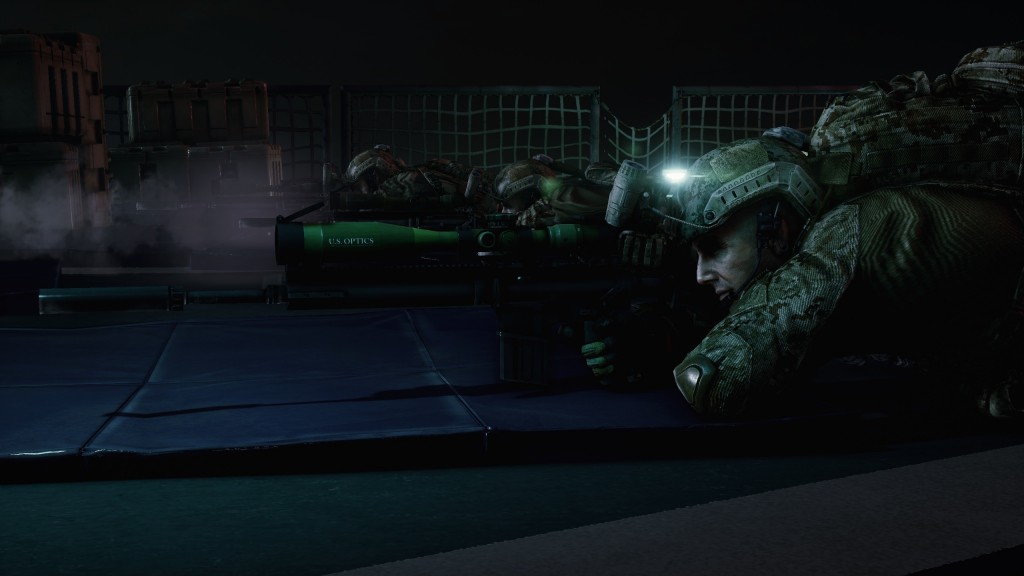 I don’t necessarily agree that Warfighter deserves the scores that it gets, but I can see where the critics are coming from. Warfighter isn’t a mind-blowing game in any respect, but it does tell a story, and it does feature some nice — if extremely linear — gameplay. There are the odd enjoyable parts, such as the epic car chase scenes, but it does lack what I consider essential to any first-person shooter: a black-in, black-out sniper mission. Just thinking about that snow level (“Evasion”, if you’re playing Spec Ops) in the second Modern Warfare is enough to send me to my happy place. 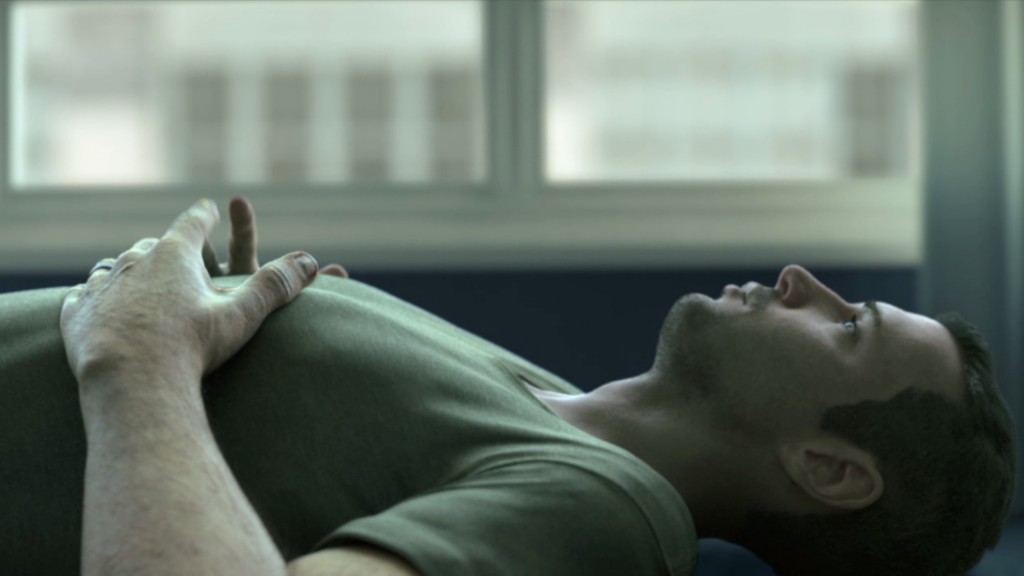 And for that, I thank them.