I got a real camera for Christmas, a Canon DSLR, and the perfect time to take it out was the fireworks spectacular on New Year’s Eve for some tripod-assisted long-exposure photography.

Of course, I don’t actually have a tripod yet, so I had to go with a friend who was also interested in doing a similar thing. I borrowed one of his tripods, and off we went…

First we had to actually find a spot. Nutgrove Beach seemed like a good candidate, but it turned out it might have been a little too far away.

We relocated to somewhere a little closer to Wrest Point, just on Sandy Bay Road. 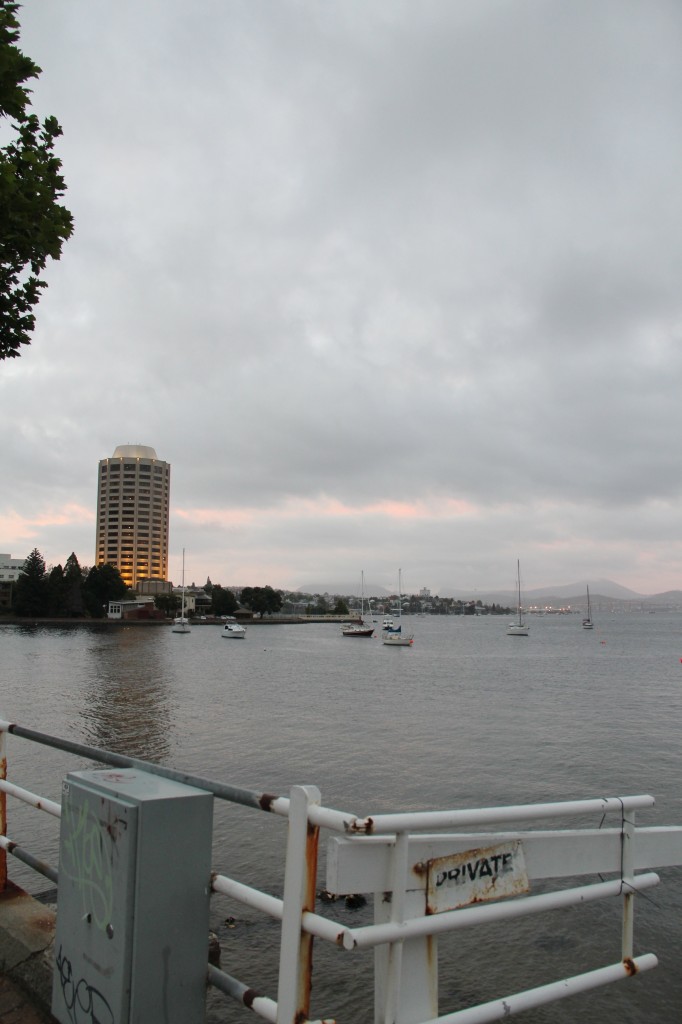 I’m not sure that would have been any better. Slightly, but still not all that great. 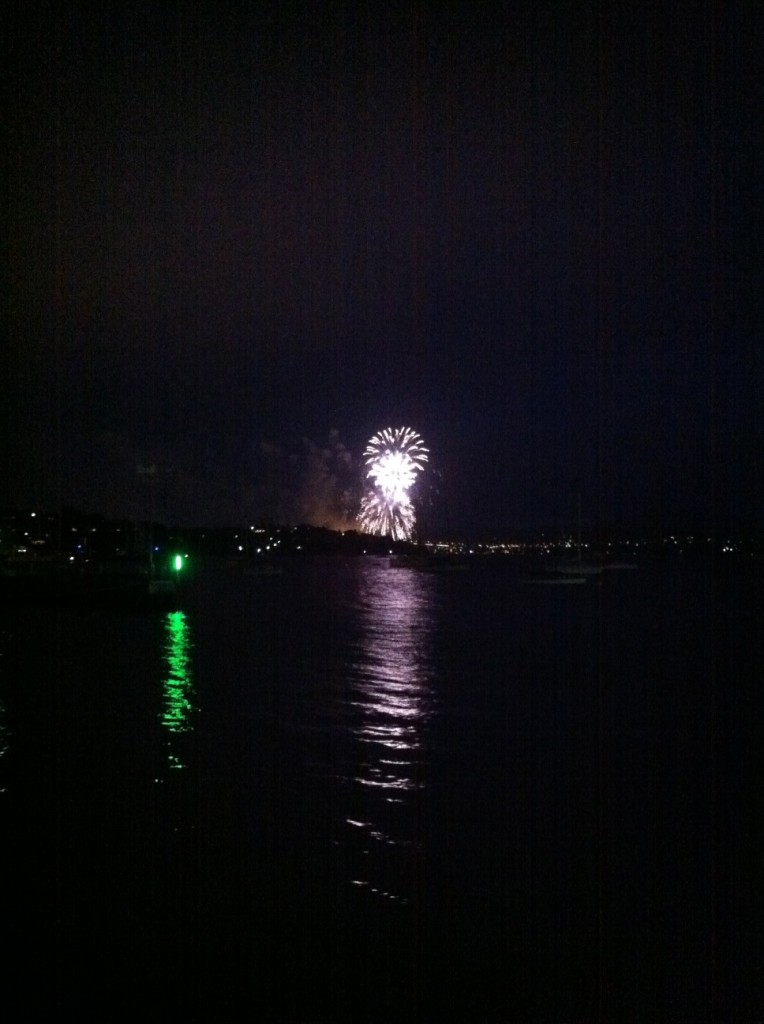 Gratuitous iPhone shot of the “family” fireworks from basically the Wrest Point carpark entrance. Not bad, but even better when done on a DSLR:

After that we had about a few hours until the actual fireworks started, so we decided to play around with some more long exposure photography. 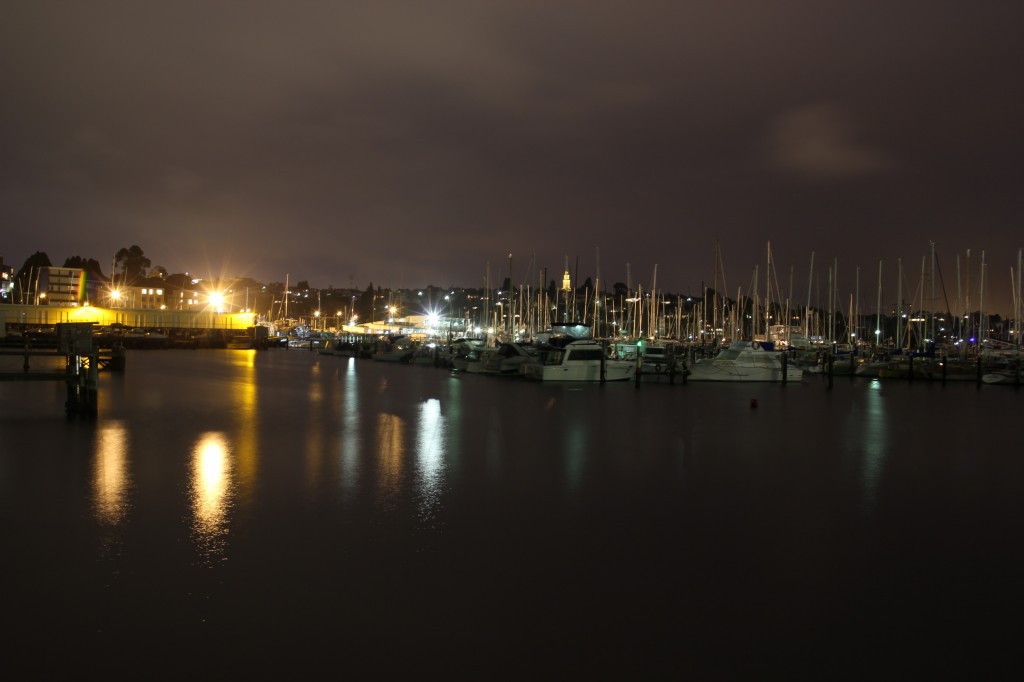 And then I did some shots I’ve always wanted to do… (They’ve been done to death, yeah, but I hadn’t shot them before.) 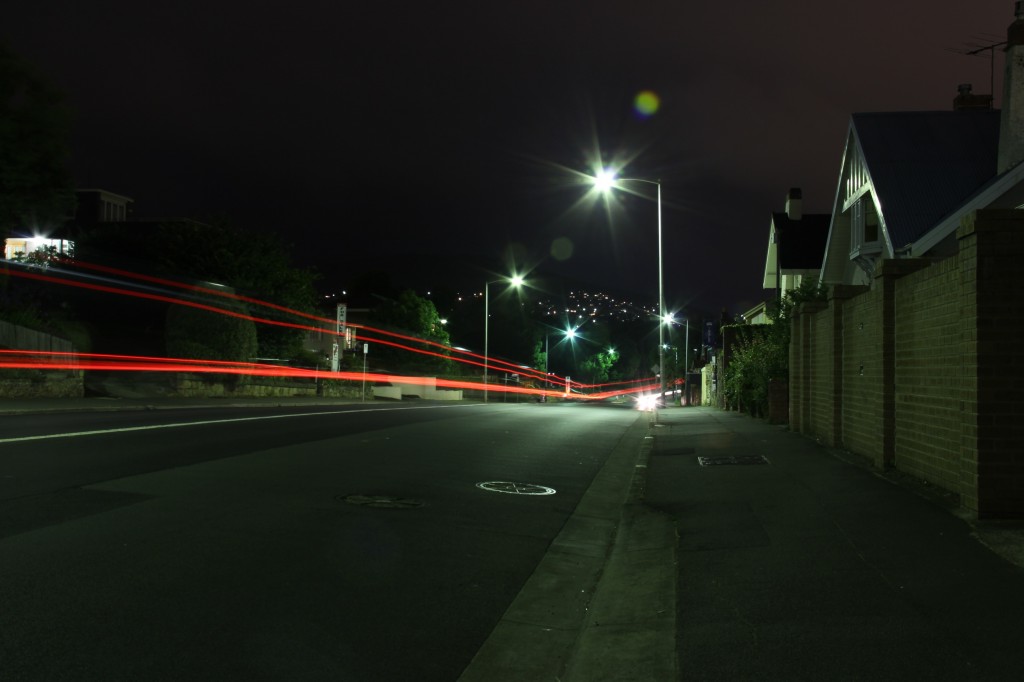 We looked at a few other places, but ultimately ended up across the river for the main event. 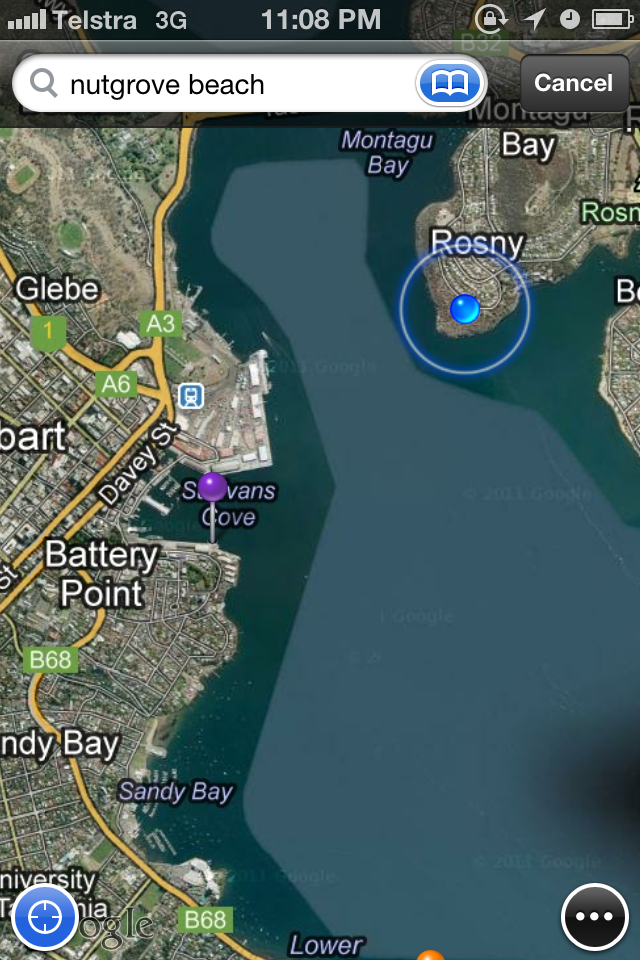 Blue dot is us, purple pin is where they launched the fireworks from (or thereabouts). We were right on the edge of the water, so a little closer than what the blue dot actually says we were… 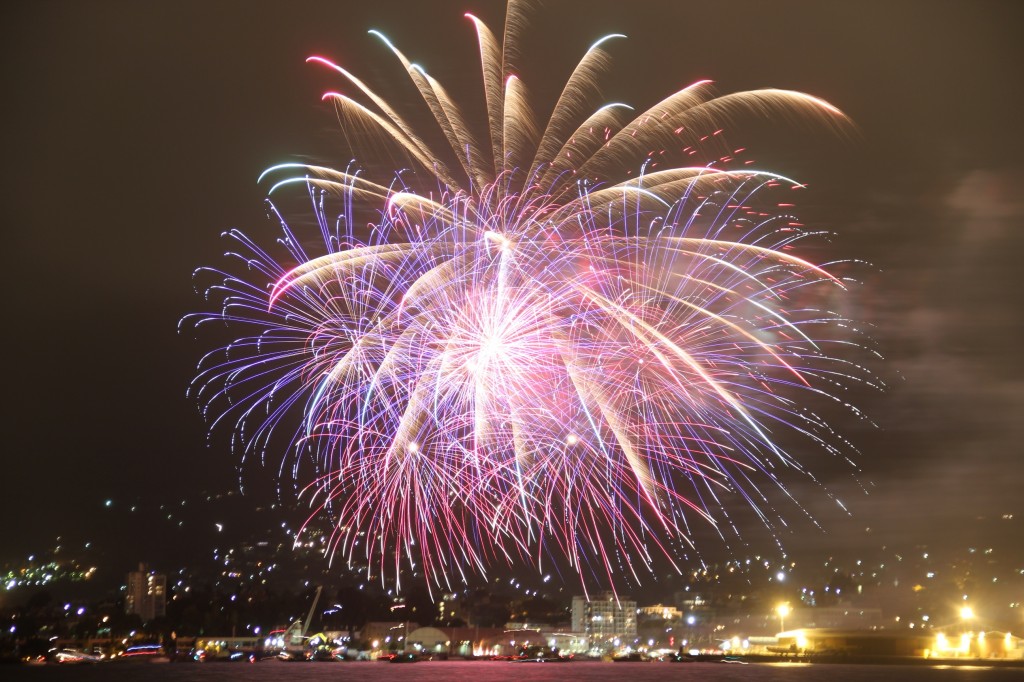