I got a day off work the other week, and I decided to go back to the Salamanca Markets. I really love the Markets for street, because there’s more than enough subjects to photgraph. Tourists pointing their DSLRs at locals, locals trying to sell their wares to tourists, buskers, people just enjoying the atmosphere, and more. Last time I went was back in February, and I took my DSLR that time. This time my Yashica would be tagging along for a bit of film action.

I managed to go trough four rolls in the space of two hours, for a total of 103 exposures. Once you get into the zone, it’s all just shoot, advance, shoot, advance. It’s a good feeling.

In any case, here are a few of the better ones. They’ve been knocked down by up to a stop — there were others, but these are the ones that turned out kind-of okay and didn’t have too much of an opaque white cast.

The good news is, I’ll have a few more days off the in future, so I’ll definitely go back. 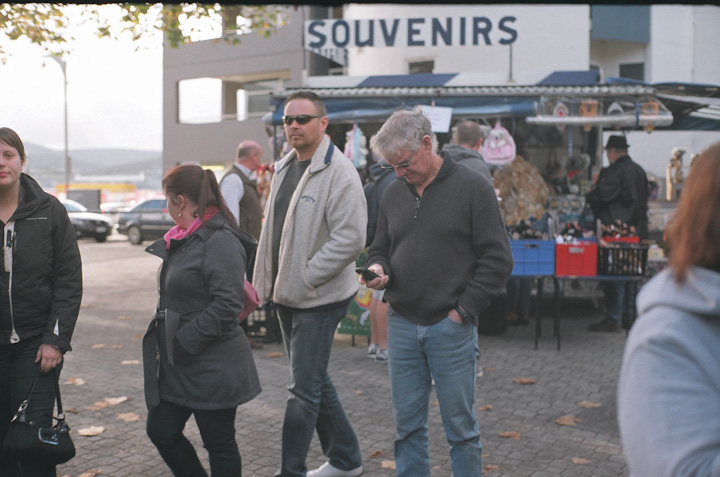 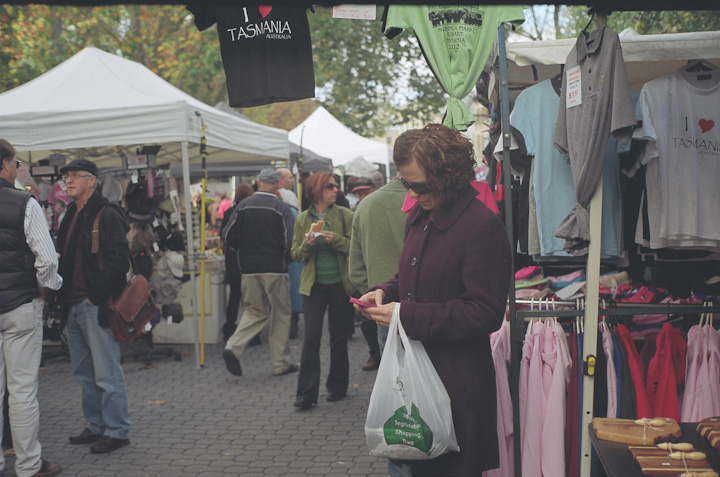 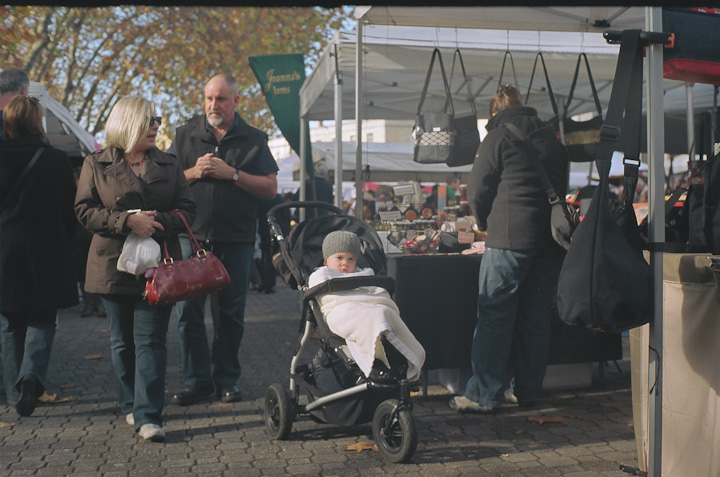 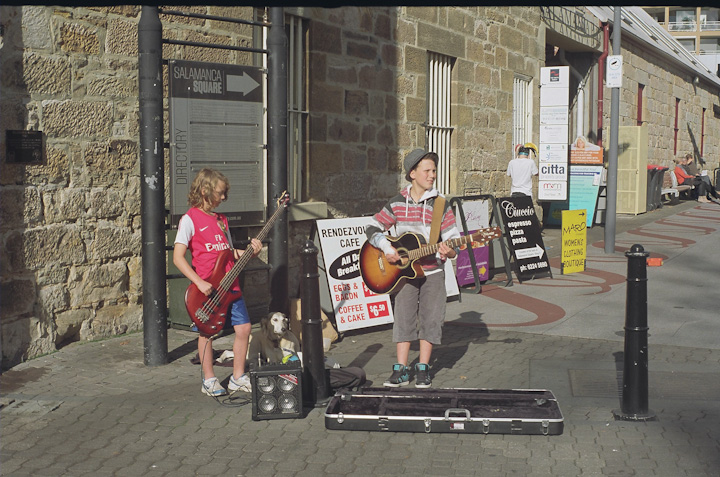 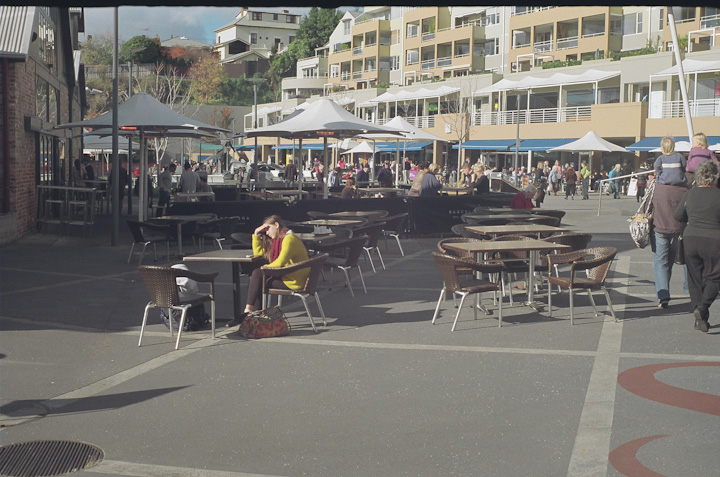