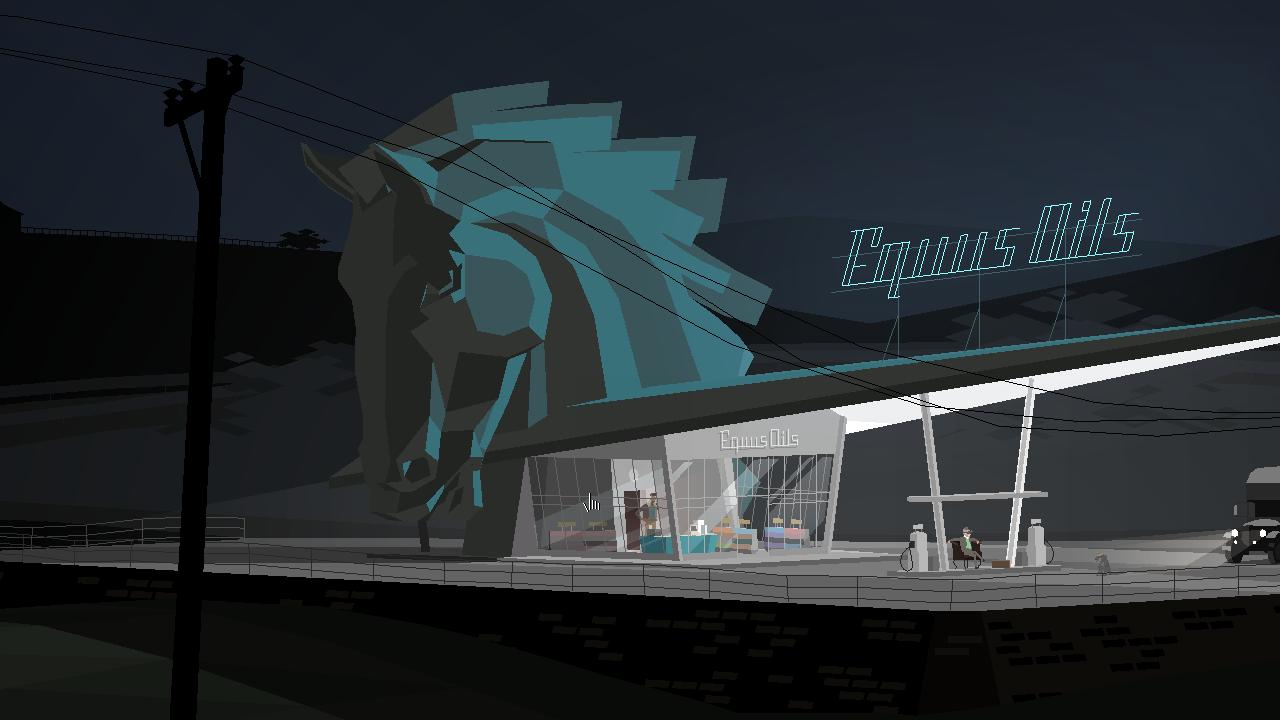 When Osmos was released for the iPad, people described it as amazingly immersive and beautifully executed. True, the same game had been released on the PC platform years before, but on the iPad, Osmos came into its own — something to do with the multi-touch experience offered by the iPad, perhaps. Marc’s video review from way back in 2010 described it as a game that probably wouldn’t have worked as well with a mouse, and there’s a certain truth to that; while it was good on the PC platform, it was even better on the iPad. It was an entirely new experience, one where you could sit down, hold a tablet in your hands, and experience the serenity like never before.

Kentucky Route Zero is kind of like that. Part point-and-click adventure game, part text adventure, Kentucky Route Zero is the story of Conway, a driver for some antiques company. Picture this: it’s the last delivery of the day, and the address you have is for an address that you can’t seem to recall ever seeing before. You pull into a petrol station to ask for directions, and what follows next is perhaps one of the most unnerving, almost surreal, experiences I’ve ever played through. You meet an old man who seems to know what he’s talking about, and he gives you directions in a roundabout sort of way, and from there, the real journey begins.

MacTalk – An Argument for Games as the Experience: Driving Down Kentucky Route Zero.

My review of Kentucky Route Zero — a game that’s more of an experience than it is an actual game— over at MacTalk.