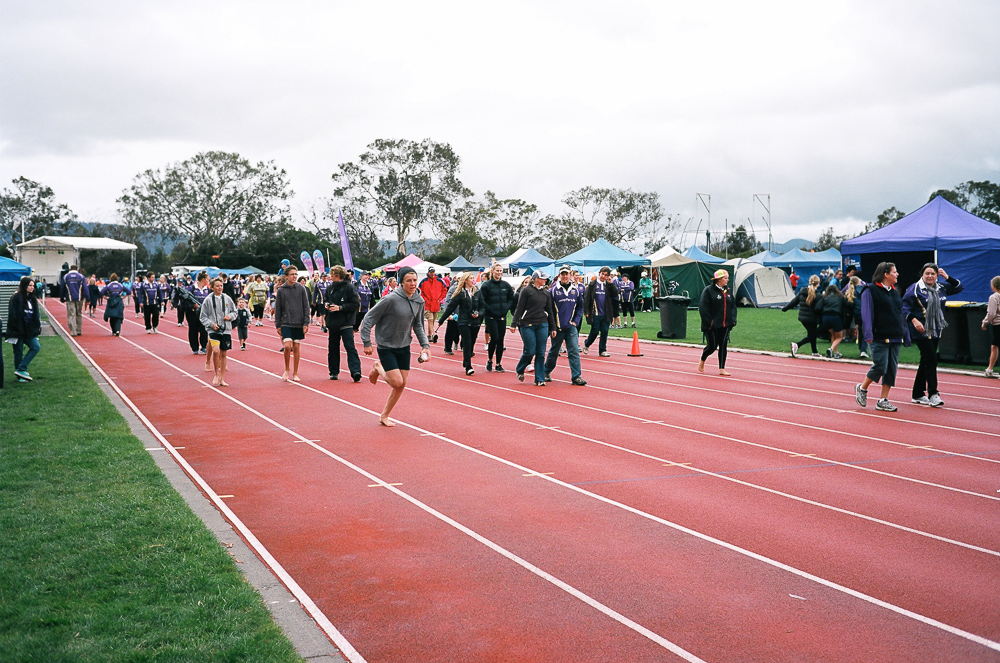 The 2013 Hobart Relay for Life might have been the first time I cracked 10,000 steps on my Fitbit One (and probably the one and only time I’ll crack 20,000), but it was also a time of realisation.

The vast majority of my recreational photography these days is film photography. If I had to put numbers to it, I’d probably say I do 85% film, 15% digital (which includes my iPhone, as well as my digital SLR). There’s just something about film photography that appeals to me — maybe I like it because it’s different to every other Joe who has a digital SLR, or maybe it’s because the photos taken with film all have their own unique character. Maybe it’s just because I haven’t experienced the very best digital photography has to offer, but these days — for whatever reason — I prefer film.

It was during a trip to Melbourne last year when I realised I could do all my recreational photography solely with my film camera. I only took my film-loaded Bessa over there, and it was perfectly adequate for my street photography and random snapshots. I missed focus on a few photos, and didn’t realise what my shutter speed had fallen to (resulting in a blurry mess) in another one or two, but apart from those random three or four photos, the photos I captured were totally fine1. After the trip, I looked back at my photos, compared them to the ones I took the last time I was in Melbourne, and realised: hey, this camera does a damn fine job of capturing the image I want it to, and, not to mention, it’s also a lot more enjoyable to use.

I took my film rangefinder along to Relay because it presented a unique opportunity for me: a chance to take photos of people I actually knew and in reasonable light conditions, instead of the usual street photographs of complete strangers. I took my DSLR along as well, expecting it would get used during the night, when my film Bessa had been retired in favour of the selectable-ISO of my DSLR — I even borrowed my friend’s Speedlite, like I had done the previous year — but as it turned out, I took a total of zero photos using my DSLR this year at Relay. 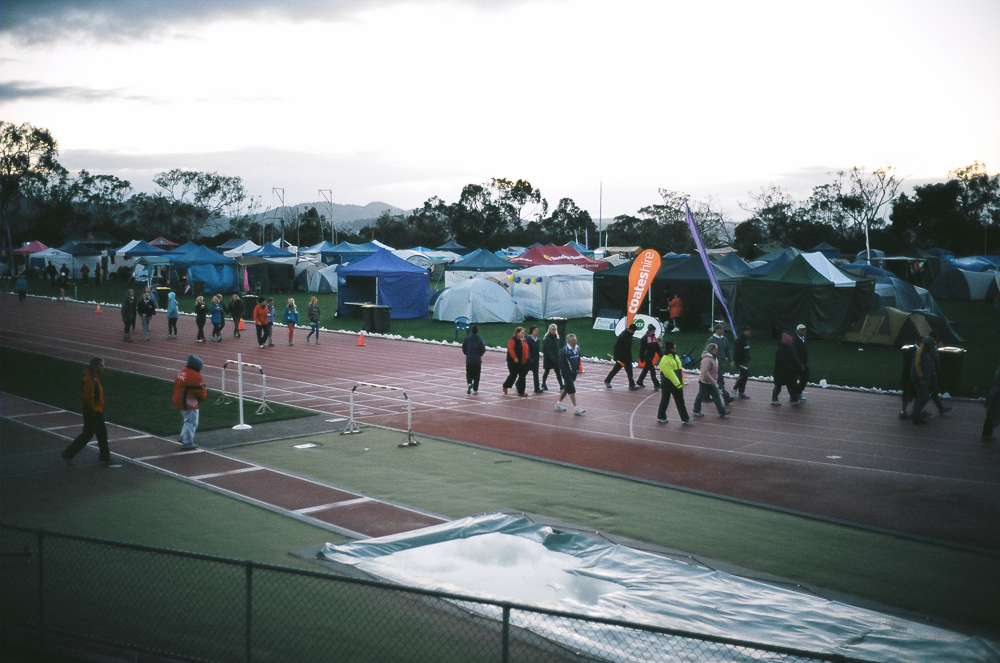 Straight out of camera, would you believe, in the early hours of the morning.

To be fair, the weather didn’t exactly help; it rained for much of the afternoon and evening, preventing any serious photography from taking place. Had the weather been nicer, like it was last year, then maybe things would have turned out differently, and maybe I would have experimented with long exposures. I had intended to do long exposures during the day, even bringing along my 10-stop ND filter to try my hand at daytime long exposure photography, but alas, the weather had other plans.

Like I’ve been saying all along, one format isn’t better than the other, and there’s room for both formats in my life. Both have their advantages and disadvantages. But when it comes down to which format takes the better photo, or which one I prefer for any given task, the answers to those questions are a little harder to come by. 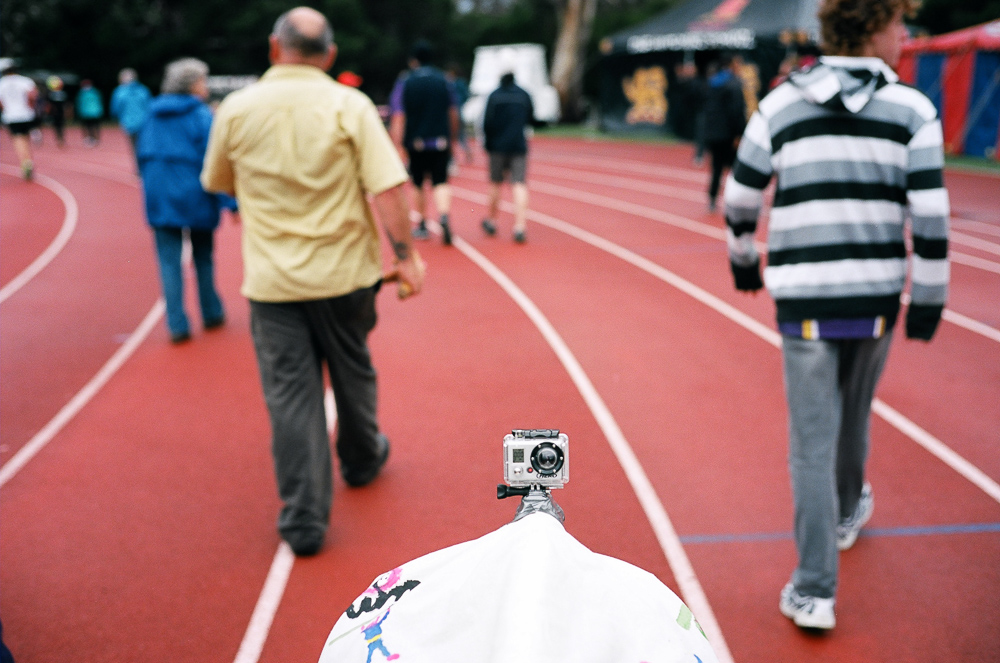 In any case, Relay for Life was good. Not great, because it rained so damn much, but good. Like last year, we put the GoPro on the Team Radi8 mascot (a pram adorned with our names and stick figures), only this time around I turned it around so it faced the people pushing the pram, and recorded a mix of video and time-lapse footage. The video was kind of a mistake as sitting through 7 hours of people pushing a pram around a track isn’t the most exciting thing in the world, but I still managed to capture a few nice moments here and there.

Unlike last year, though, that was pretty much all I did photographically. No time-lapse camera in the grandstand. No separate point-and-shoot for later tilt-shift intentions. All the digital frames that were taken were taken on the GoPro (with perhaps a panorama or two on the ol’ iPhone), but apart from that, it was analog all the way.

And honestly, if I was going to do it again, I would have done exactly the same thing the second time around.2.