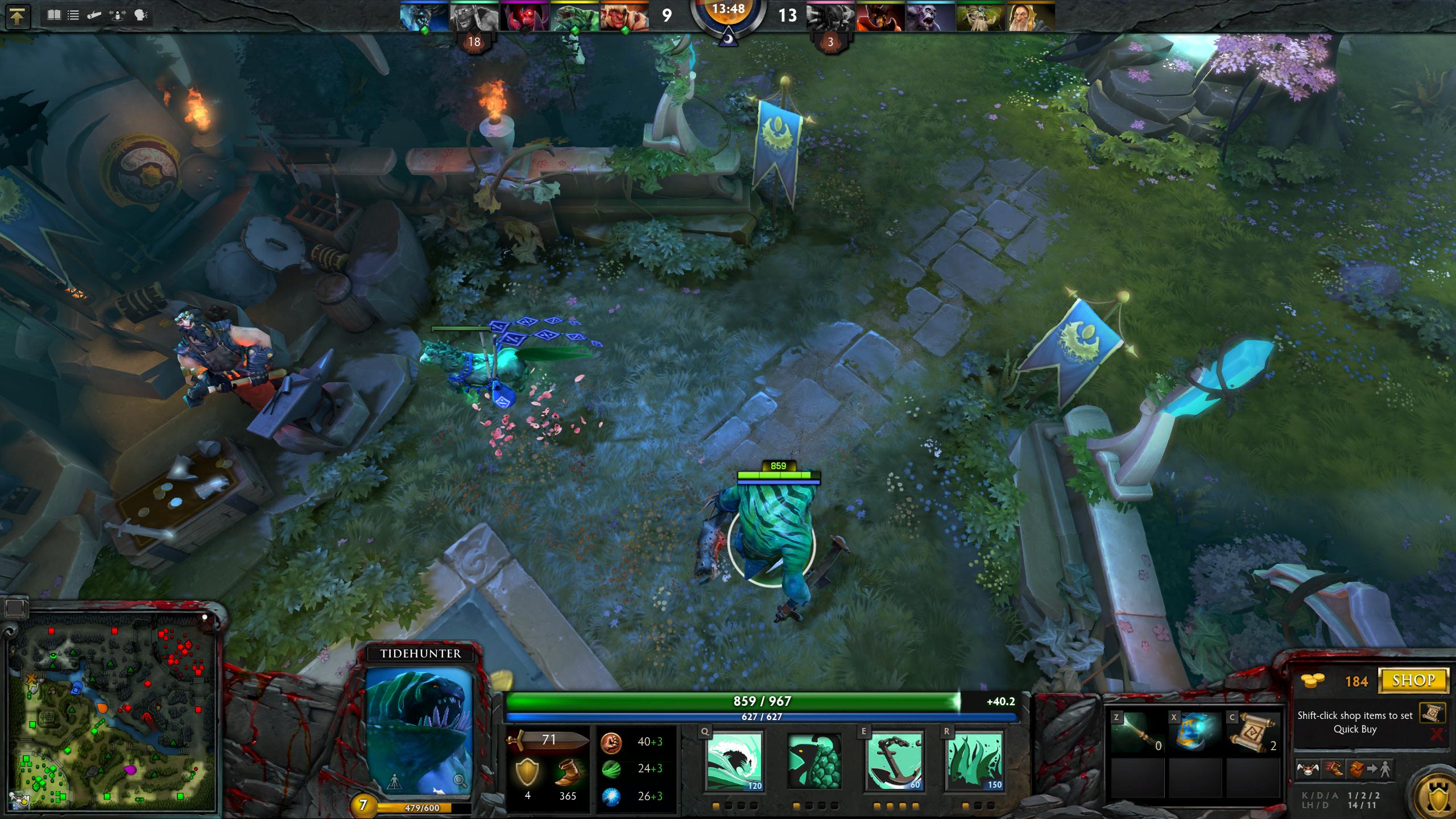 As part of my ongoing adventures in DotA 2, I’ve stopped playing ranked matches altogether. After experiencing how much they brought out the worst in people (and I include myself in that), I decided they were making gaming less fun, so I gave them the flick. Of the online games I am playing, I stopped choosing “All Pick” as a game mode and starting choosing basically everything else: Single Draft, Random Draft, All Random, Least Played, Captain’s Mode, and Captain’s Draft. The other game modes change things up a little by not offering the full hero roster, and do a decent job of teaching me to be a better player by playing with hero and team combinations I’m not necessarily familiar with. Ability Draft, on the other hand, is just… weird, and almost seems like an arcade version of DotA.

The thing I enjoy the most isn’t sledging my teammates when the carries can’t actually carry, despite what you may hear or read. No, it’s playing DotA with friends, either in friendly 5-on-5 matches, against bots in coop, or even online, when it takes our fancy. Work and other commitments mean we hardly get to see each other and catch up as often as we’d like, but playing DotA together means we can jump in Mumble or TeamSpeak and catch up with other while participating in some truly epic teamfights.

And at the heart of it, isn’t that what online gaming is all about? Having fun with people you know in real life, online? I’m no stranger to playing single-player games, but every now and again, I enjoy playing with friends. Multiplayer games like DayZ, Wasteland, DotA, and so many others just aren’t the same when you play by yourself. You could argue that there’s a time and a place for playing single-player games by yourself, but at the end of the day, there’s no denying that online gaming is infinitely better with friends.

But you know what isn’t fun? When friends get too serious about a game. I’ll admit straight up that I’m guilty of this, but aren’t we all? Our naturally competitive nature means that a disappointing loss hits harder than any elation from a convincing victory, which leads to blaming people we’re usually on very good terms with.

I remember this one time where a group of us would play DayZ almost every night. We started our own little 6-man community, which had a website and everything where we would discuss tactics, loot locations, and that kind of thing. Then, one night, it all happened. I wasn’t online and playing at the time so I’m just relaying what I heard, but from what I hear, a little friendly fire incident set off a powder keg which left everyone involved scorched. One person in particular didn’t take it very well, and ended up deleting our little website/community, removed us from Steam, and that was the end of that.

Needless to say, we don’t play with that guy anymore, and we stopped playing DayZ for a little while after that. After the dust had settled and everyone had time to cool off, I think that was around the time we started playing Wasteland.

And now that I think about it, DayZ hasn’t been the only game I’ve stopped playing because of other players. The OCAU Minecraft server (WhopperOhYeah) fell apart because of power struggles and direction disagreements between players and admins. Our own attempts (note the plural) to revive Minecraft between friends have been unsuccessful, but that may be more due to a lack of time than anything else.

The question is: how much longer am I going to tolerate some of my favourite games being irreparably spoiled by other players? That’s perhaps a little melodramatic, but I guess comes with territory of multiplayer games. What kills me is how petty it all is, how friendships can be ruined over just a game.

But I guess that’s online gaming, in a nutshell.