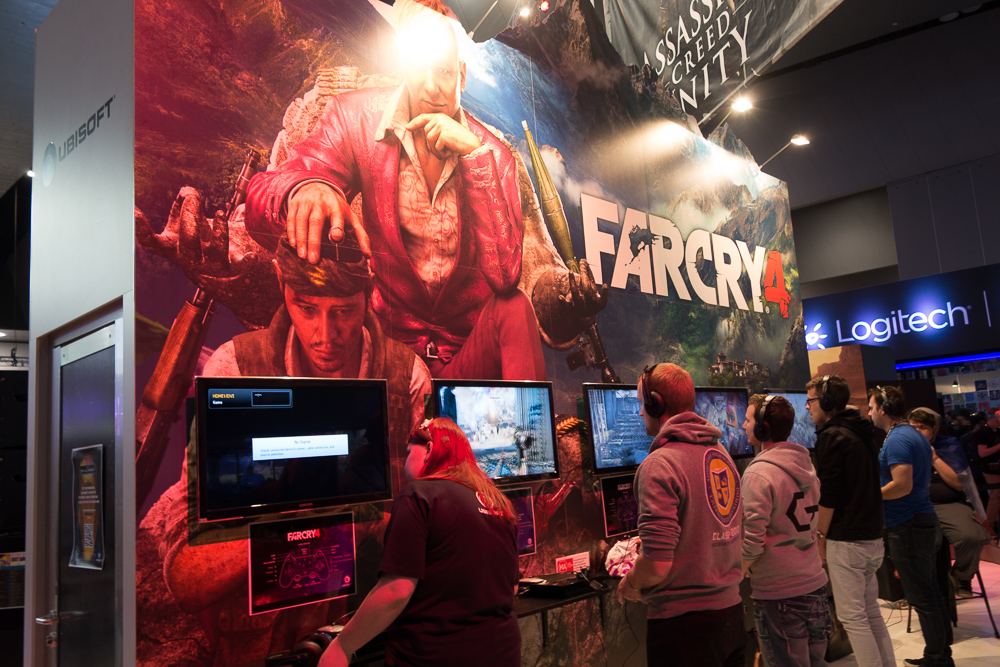 There was this one time at PAX Australia this year, when I was in the line to get some playtime with Far Cry 4. When you’re in lines there’s not that much to do — sure, if you’re queueing with a friend you can talk about what you’ve seen or are going to see next, but if you’re by yourself, you’re either smashing out some StreetPasses on your 3DS or doing something solo on your Vita and getting mocked for it on Twitter. But I digress.

Anyway, I was in this line, and it was almost my turn. There were perhaps 3 or so people before I was up, and the line was moving at a pretty steady pace — Ubisoft had between 8 and 10 consoles set up for the demo, and each person got maybe 10 minutes of play time, so it wasn’t too bad. From where I was in the line, I could see a girl playing the game.

I feel as though I have to preface this with “I’m not a sexist or anything”, because even though that should be pretty clear, what happened next could have easily happened to a guy, and I probably would have felt the same way.

With that out of the way, there was a girl playing Far Cry 4, and the thing I noticed was that she was dying, a lot. Like, over and over again. At first I thought she was just bad at the game, but then realised that wasn’t possible as the game wasn’t out yet, which meant everyone was bad at the game. My second thought was that she wasn’t familiar with console shooters — I know I’m definitely not, having two sticks to work with is confusing as all hell for someone who’s more experienced with a keyboard and mouse.

When I stepped up to the plate and had the PS4 controller in my hands, I was crazy bad at the game, too — I just kept dying, over and over again. Running into a guard unexpectedly and dying. Biting off more guards than I could chew, and dying. Trying to jump over something that couldn’t be jumped over, and dying. Glancing at the people who were doing the demo at the same time as me told a similar story, as they were dying a lot as well.

The interesting thing about the whole experience is that my brain automatically jumped to the conclusion that someone was bad at the game, even though no-one was particularly “good”, either. Like I said earlier, it could have happened to a guy or a girl, but it begs the question: did my own perceptions jump to a conclusion based on gender? Maybe. And if so, that’s kinda messed up.