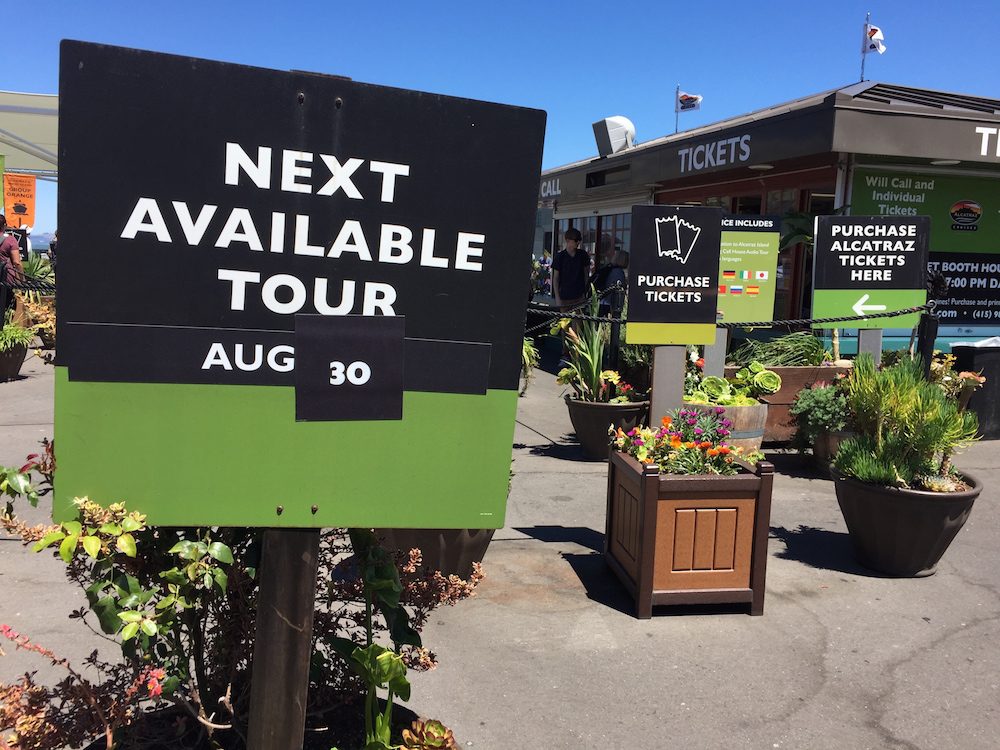 I haven’t written much about the time I spent in the United States, and I’m not really sure why. Waiting for the right time, perhaps, or just happy to let that time stay as a memory instead of being written down and recorded. But it’s been a few weeks since I last wrote something on this here blog, and in the absence of anything else interesting to write about, here goes.

It was an incredibly warm evening in Portland when I realised we still hadn’t figured out what we were going to do in San Francisco. With The International 5 behind us and our time in Oregon rapidly coming to an end, I began flicking through the pages of my Lonely Planet guide, looking for interesting things to do. I began reading up about Alcatraz, site of the notorious prison and also the location of one of my favourite films of all time, The Rock.

There was just one problem: the Lonely Planet guide recommended Alcatraz bookings weeks in advance, as the site was a tourist magnet. I quickly jumped on the laptop of my primary school friend Martin to check on booking dates, only to be disappointed at the rather sparse selection of dates available for tours. The only really suitable tour available was one a few hours after we were due to arrive in San Francisco, which would give us just enough time to get settled into our AirBnB and then make the trek over to the area of the bay where the tour began. With our options limited and us not wanting to miss out on one of the quintessential San Francisco tourist experiences, we booked tickets, and that was that.

We arrived in San Francisco on the 13th August 2015, and according to the sign posted at the Alcatraz tours information booth, the next available tour was on the 31st of August.

I’ve never been on an audio tour before, and while Port Arthur is a pretty cool prison experience, Alcatraz is an entirely different experience. While the audio tour was good enough, I kind of felt as though I was there simply to find places I recognised by their scene in The Rock. As I walked through the cell blocks and outside I kept having these flashbacks to different scenes from the film: the cell blocks that the soldiers walk through at the very start, the older cell blocks that Connery and Cage escape from later in the movie, and the outside courtyard scene where Connery confronts Harris. Granted, the last one is at night, but the shape of the building in the background and the steps in the foreground are unmistakable.

Right down to the grates on the windows that Cage and Connery hang off to observe a missile launch, there were so many recognisable details that all I could think about were scenes from The Rock. My only disappointment is that, as tourists, we weren’t given completely free reign of the facility. Understandable, but finding the shower room where things go to hell in a handcart would have been the holy grail. Or even the operations room where the bad guys setup their command post would have been cool. Or the morgue, if it actually looks like how it did in the film.

So yeah, Alcatraz was pretty cool. Remembering scenes from one of my all-time favourite movies and being where the scenes played out was even cooler, though.