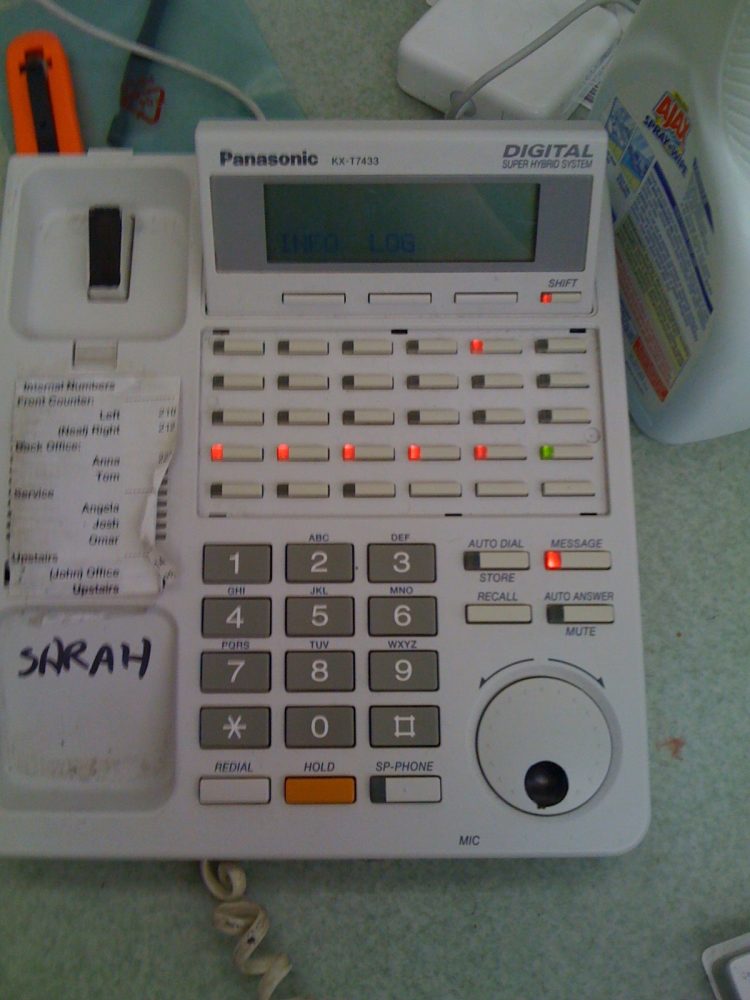 This was perhaps the only time I ever saw all six lines tied up with calls.
Two or three wasn’t uncommon, on busy days, but six was unheard of.

At its peak, Next Byte boasted upwards of 20 stores all around the country, and I spent the tail end of my high school and all of my uni-going years at just one: Next Byte Hobart.

Today, the Apple landscape in Australia is a lot different to what it was a decade ago. We now have more Apple retail stores than we ever had Next Byte stores. In a world of slim profits on Apple hardware and an unparalleled customer experience from the Apple owned and operated retail locations that’s nigh impossible for any reseller to match, any third-party Apple presence is either small enough to fly under the radar, or niche enough to carve out a market of their own. For the rest of us, Apple retail stores in every capital city besides Melbourne, Darwin, and Hobart means our in-person sales and service needs are fulfilled, with any gaps covered by Apple’s online presence.

I have plenty of stories from my time at Next Byte. Maybe one day I’ll even write about a few of them, once I’m a little more comfortable the statute of limitations has passed. The one I want to tell today is about this one time I answered the phone. I thought it was going to be like any other support call. It wasn’t.

It’s a regular day in 2014. Or close enough, anyway, for the purposes of this story. I don’t know the exact date.

The phone rings. I answer it, give the usual greeting, and find myself talking to a distraught girl. I brace myself for what I think is going to be a pretty standard support call. You know the type — “my iPhone won’t turn on”, or “I accidentally deleted all my photos from my computer”, or even “I’m 83, just bought my very first computer from you, and can’t remember how you told me to access my email”.

Now at the time, we weren’t, strictly speaking, supposed to provide technical support over the phone. Management frowned upon employees spending lengthy amounts of time on the phone, and you could see where they were coming from; we were employed to sell Apple products, not do Apple Support’s job for them. But being the local Apple brick-and-mortar, we’d often get calls for completely mundane things. In the interests of helping the customer out (and, ideally, an improved chance of their business at a later date), we were unofficially allowed to help out where we could, or where we didn’t think solving the customer’s problem would take very long. If it did, well, there was always Apple Australia’s support number, even though palming the customer off to them felt like a cop out, at times.

Anyway, at first I think it’s a regular support call, and even though we’re not supposed to provide technical support over the phone, I figure I’ll at least hear her out, and see if it’s something I can provide advice on, or point her in the right direction, if not.

But as she starts explaining the issue, I come to the realisation that the issue she’s describing isn’t, strictly speaking, a technical one. She says she accidentally swiped left on someone, and was wondering if there was any way to go back so she could swipe right instead.

Having come across pretty much every problem in the book, at the time I prided myself on my extensive technical knowledge of Apple products and services. Which is why I was unusually confused about this particular issue, and had no idea what this girl was talking about, at least initially. Her refusal to give any further details, or to even name the app in question, only added to my confusion. Eventually something clicked, and I realised that she must have been talking about Tinder, the dating/hook-up app that had come out a few years ago and had only just become popular on our remote, faraway island.

Not being a Tinder user myself and not knowing how the app worked, I remember providing some generic advice along the lines of deleting and reinstalling the app. The idea was to do a kind of reset, even though I had my doubts about whether it would have worked. In the back of my mind, I was thinking about how successful a reinstall would be probably depended on if Tinder stored its matches server-side and remembered who you had previously “liked” or “disliked”. I figured a reinstall was at least worth trying, especially if we were talking about this poor girl meeting the guy of her dreams.

She seemed genuinely upset by her accidental swipe left, and listening to her talk about it, it was almost as if the person she had swiped left on was her ideal type. Even after I told her I wasn’t sure how the app worked and couldn’t guarantee anything would work, she kept asking me if that was the only thing I could think of to try. Recalling something I had heard about the app, I even suggested making another Facebook account1, but she just really, really, wanted to go back in time and re-match with this person.

A few of my Tinder-using male colleagues had a good laugh over that one later, but sometimes I wonder what happened. Did the girl ever find the guy? Are they now living happily after after? Or was he just looking for something different?