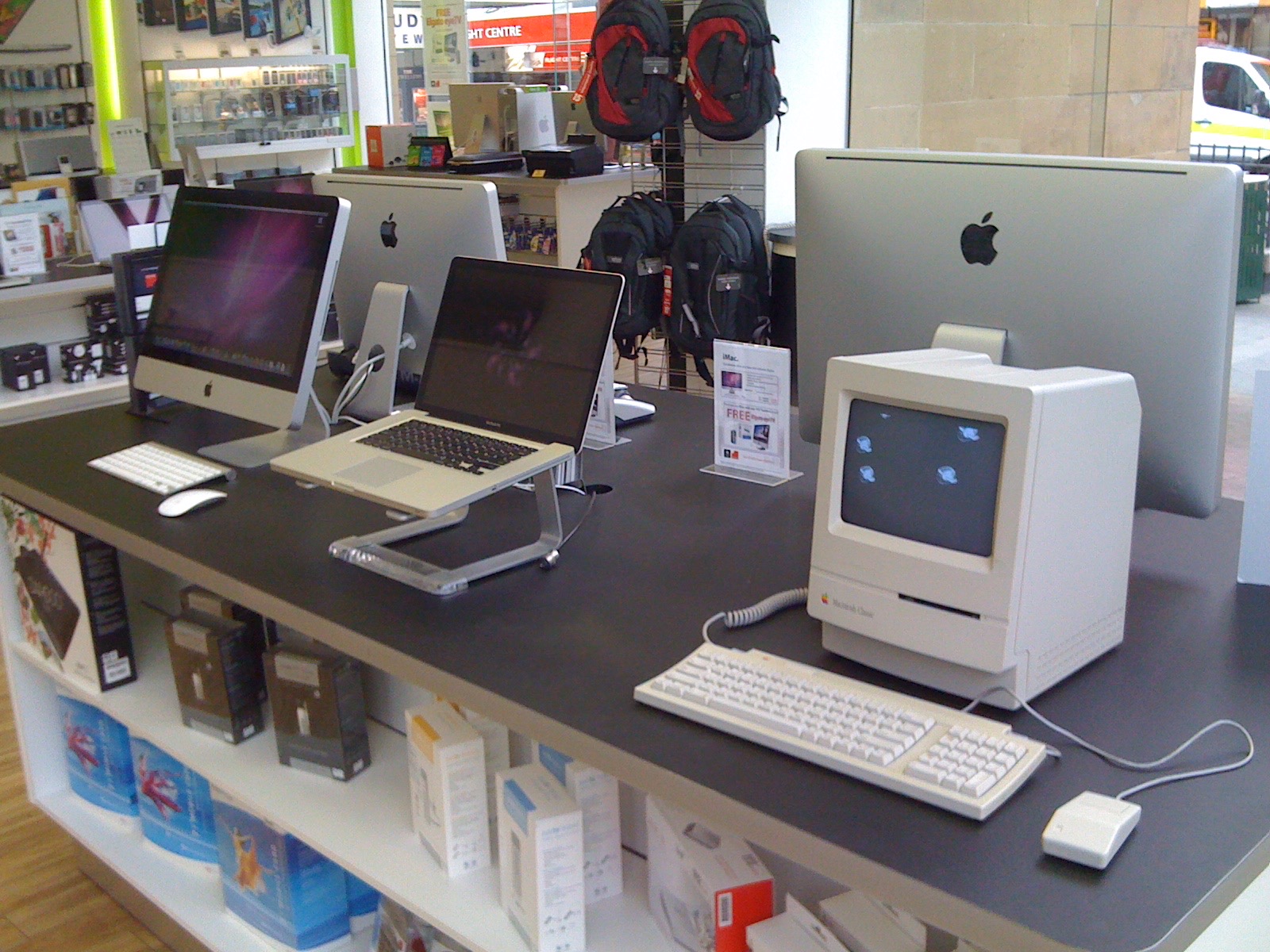 There was this one time, at band camp, when a customer brought in a working Macintosh Classic. We just had to display it next to the mid-2010 (?) iMacs for a few days. Wouldn’t be able to do that an an Apple Store.

Today, the Apple landscape in Australia is a lot different to what it was a decade ago. Borne off the back of the smartphone era and being one of the biggest companies in the world, we now have more Apple retail stores than we ever had Next Byte stores. In a world of slim profits on Apple hardware and an unparalleled customer experience from the Apple owned-and-operated retail locations that’s extremely difficult if not outright impossible for any reseller to match while maintaining some semblance of profitability, any third-party Apple presence is either small enough to fly under the radar, or niche enough to carve out a market of their own. For the rest of us, Apple retail stores in every capital city CBD besides Melbourne, Darwin, and Hobart means our in-person sales and service needs are fulfilled, with any gaps covered by Apple’s online presence and general electronics resellers. The latter of which are all too eager to carry products from one of the most popular brands in the world; even if that’s not where they’re making the majority money, it’s yet another drawcard in their fiercely competitive deck.

I have plenty of stories from my time at Next Byte. Maybe one day I’ll even write about a few of them, once I’m a little more comfortable the statute of limitations has passed. The one I want to tell today is about some of the stuff I learned while working there, and the confidence that came from some of those experiences.

In every sales role, there’s always some sales-specific training. Whether you’re a sales consultant1, associate, specialist, or whatever title your corporate overlords have decided to bestow upon you, chances are, at some point, you’ll get some training on sales technique. If you’ve been in the role long enough, you might even see significant changes in your organisation’s sales strategy, which usually goes something along the lines of attempting to move as much product as possible regardless of cost, focusing on metrics like conversions, to something that’s a little more nuanced, while still prioritising metrics like average invoice amount that prove you’ve really listened to the customer while selling them as much as possible. Then you’ll definitely have some sales training.

It’s a normal day in 2014. Probably. I mean, I could have made that up, but I think it sounds about right, if I think about the rough timeframe that I think these events occurred in. It was during one of these aforementioned sales training sessions that I learned about closing the sale and handling objections. You know, the business end of the sales conversation that you usually have. The part where you get to find out what, exactly, the customer has a problem with what you’ve sold them on, or perhaps that they’re just not interested in buying today.

This particular training session was big on roleplay, so we were paired off and practiced closing sales and handling objections. For the life of me, I can’t remember what the recommended approach to handling objections was2, but I can tell you that it didn’t match up with my own. If I had spent the last 15-20 minutes talking to a customer about a new MacBook Pro, for example, and they had been extremely non-committal about taking it today, then apparently you’re not supposed to straight-up ask the customer exactly what they’re hesitant about.

I know, right? News to me too.

But as it turns out, asking the customer about their hesitation is frowned upon. At the time, I didn’t really get it, and the people delivering the sales training were incredulous, mixed with curiosity: why would you directly ask a customer about their trepidations, instead of backing down, accepting their uncertainty, handing them a business card, and letting them go about their business?

As I explained, I thought that if you had determined that they were in the market for whatever they wanted to buy, answered all of their questions, assuaged their fears and concerns, and otherwise completely performed the full sales process, you had some right to know why they weren’t willing to take it then and there. I said that if you had done your job as a sales consultant, listening to their needs and wants, then pairing each of those up with a solution, then why couldn’t you know why they didn’t want to take it home today? It’s not as if that simple question removed their right to give you a perfectly valid reason in return, in which case yes, I would absolutely give them a piece of paper with my name on it, and then let them get on with the rest of their day.

And sure, I get that people have their own reasons for not wanting to drop a few thousand on a new Mac, especially at the drop of a hat. But if, during our sales interaction in the time they were in the store, I had correctly worked out that they were in the market, and was confident enough that I had done everything in my power, and given them all them all the information they needed to be more sure about their own decision, then I would have thought I have some ground to stand on when asking them about their reasons for not whipping out the plastic.

I think I remember the trainers agreeing with me. Perhaps somewhat begrudgingly, but agreeing nonetheless.

I like to think it was this same assertive confidence that let me approach every customer with aplomb. Safe in the knowledge that I would be able to handle every interaction, even if it were slightly technical or needed me to quickly demo some great new feature that was the best thing since sliced bread. I knew that as a fresh teenager and/or awkward unit student, even if I didn’t have the interpersonal skills needed to to quickly secure some kind of rapport within the first five seconds of our interaction, I would be able to nail any kind of product-question they threw my way.

I knew that sometimes, all it took was a enthusiastic attitude and a slight grin to connect with the customer in those first crucial seconds. But knowing when to ask about a customer’s objections? Knowing when to push and how? Now that’s assertive confidence.