I spose the iphone4 would be a good subjective test of screen tech like this – Cramming relatively big res into tiny screens.

I pointed out this monitor to a couple of my friends, and one made the comment you see above (along with something about a weird resolution for a computer monitor).

Before I continue I’d like to point out that most of this is a re-hash (albeit a pretty poor one) of Dustin Curtis’ thoughts on the issue — I’d suggest you go read his blog first, and then come back here when you’re done.

And that’s exactly where he’s wrong. It’s not like the iPhone 4, because while the iPhone 4 crams a relatively big res into a smallish screen, it does so in a way that doesn’t affect the size of on-screen elements.

Traditionally, what happens is that as pixel density gets higher, user interface elements get smaller. It’s got something to do with how large any specific UI element actually is, and how text has been traditionally rendered.

Over at his blog, Dustin explains:

More pixels crammed into a smaller space (that is, a higher pixel density), results in things becoming smaller. If you think about it, it makes sense — say you’ve got an image that’s 512×512, the size of an typical Mac OSX application icon. If your screen displays that at, say, 100ppi, it’ll appear to have certain dimensions on the screen if you chose to measure it with a ruler. Measure that same icon on a 130ppi screen, and it’ll appear smaller. Not because it’s lost any pixels, but because those same pixels have been jammed into a smaller space.

Then you hit the iPhone 4. It’s not quite resolution independence*, but what Apple have done works pretty well. Instead of using the same graphics resources as the iPhone 2G/3G/3GS, developers are encouraged to develop “retina-optimised” graphics — that is, graphics at double the resolution of their previous-generation iPhone counterparts. Why? Because such graphics will increase interface definition.

If you take that same icon that we had in above example, and instead of just scaling it up or down to suit different resolutions, what you can actually do is create a whole new version of that icon so that it displays at the same physical size — regardless of which screen you display it on. Obviously the icon will look vastly improved on a higher resolution display compared to the lower resolution one, but that’s only because we’re increasing image density alongside pixel density.

Dustin, again, sums it up best:

This means that when iOS scales the elements in physical size to fit the 3.5-inch iPhone 4 screen, they take up the same amount of space as the elements drawn on the iPhone 3GS but they use four times the number of pixels.

If that’s not mind-blowingly awesome, I’m not sure what is.

The whole “retina display” mentality of the iPhone is not about representing more things in the same space —  it’s about showing the same stuff, just at a better quality. Contrast this to the display above — because whatever you use on that display (Windows, or Mac) isn’t resolution independent (Mac OSX is to a degree), things will appear smaller, and that’s just how the cookie crumbles.

* okay, it’s not resolution independence at all. Without getting too technical, Apple are actually using two sets of graphics resources for everything — apparently they found that ahead-of-time resolution independence offered the greatest performance/resource benefit. More reading available here on the matter (thanks, Bjango!). 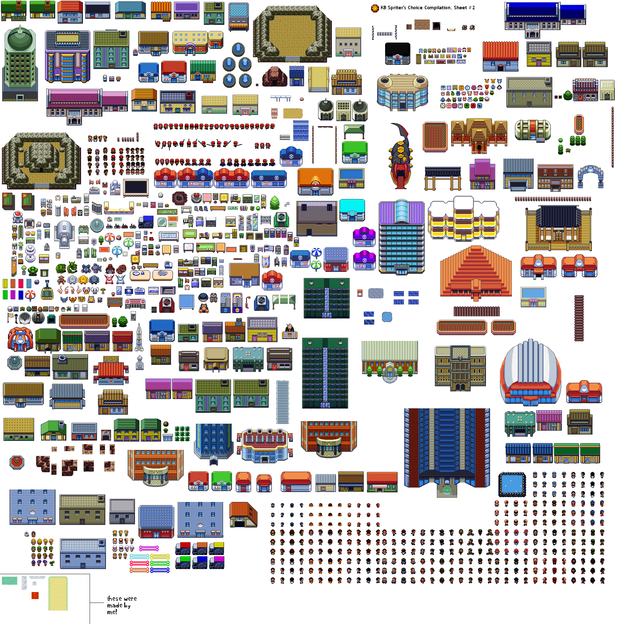 Pokemon deconstructed to its most basic graphic elements.

via One shot: Pokemon, pixel by pixel | Offworld.

This is awesome. Hit up the image for a HUGE version.