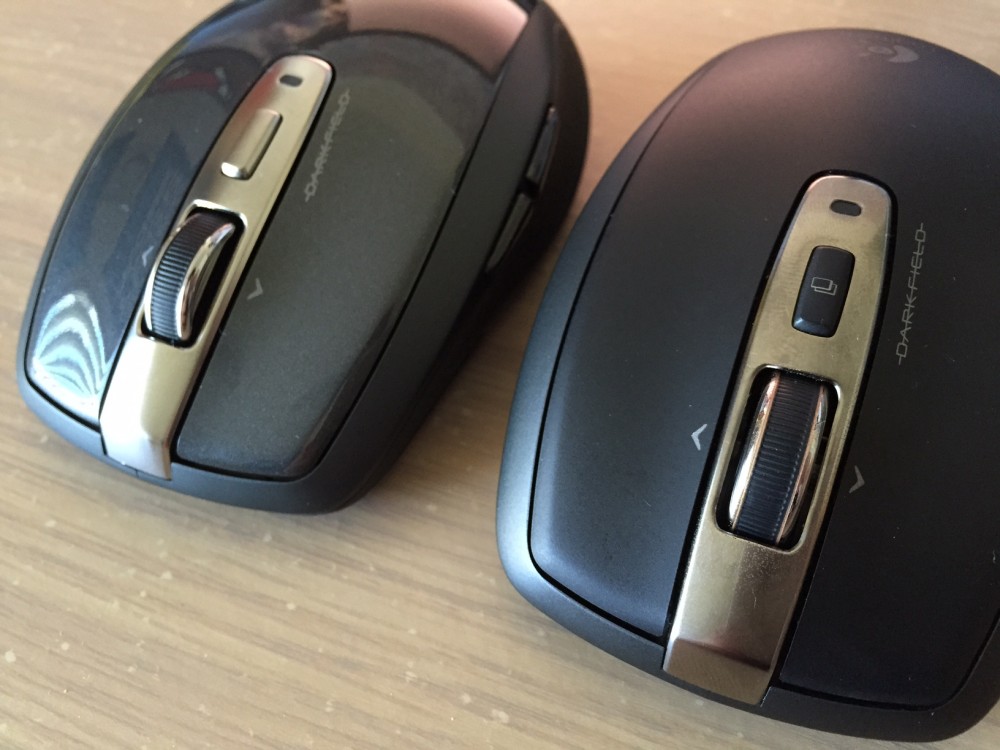 It all started when I noticed the scroll wheel wasn’t spinning as freely as it used to. I’d give it a light push and then it would just stop, like it had lost all momentum. I tried just rubbing it a little more vigorously, which had worked in the past, but this time it didn’t want to work; something was well and truly gunked up in there. So I broke out the can of solvent and gave it a good spray-down — after which, the scroll wheel started spinning freely again.

But then when I got back to my computer, I could tell something wasn’t right. The scroll wheel was working again, which was fine, but now the tracking seemed off somehow, like my on-screen mouse wasn’t what I was doing with the mouse. Having used the thing for years, I was fairly sure I knew what the expected tracking behaviour was like, but this was just inaccurate enough to throw me out. Movement in the diagonal left-to-right rising axis was almost non-existent in either direction, while everything else seemed sluggish. It made highlighting text or doing any kind of fine mouse work all but impossible, and at the last incredibly frustrating.

I thought perhaps something had happened while I was cleaning it, so I left it alone overnight. But when I came back in the morning, the issue was still there.

It wasn’t until today, after I had ordered and had delivered a new mouse of exactly the same model, that I saw the difference in the tracking mechanism in the bottom of the mouse. It was impossible to take a photo of, but basically there’s two pieces of transparent plastic there, presumably to reflect the light sensor back into the mouse (this is one of the few mouses that I know of that work on a glass or mirrored surface). On my new Anywhere MX, the plastic is perfectly transparent, as you might expect. On my old, inaccurate mouse, the plastic has either cracked or been fogged up — it’s hard to tell which. I’m not sure how it happened, but it’s definitely not the same as the new one. Part of the issue could be that’s it’s so old, granted, but the likelier explanation is that somehow it was damaged when I was cleaning out the scroll wheel. How, I have no idea.

In any case, I’m now the proud owner of two Anywhere MX mice. Interestingly enough, there are slight differences between the two models — the newer of the two has a glossy, reflective surface for the main mouse buttons instead of the matte surface of the old one. Besides that and the top button being made out of a different material, the two are identical as far as I can tell.

But why another Anywhere MX? With the entire world of wireless mice at my disposal, why did I choose to go for the same thing, instead of something with better features, longer battery life, or more programmable buttons?

I did consider other alternatives. After checking out The Wirecutter’s take on the best wireless mouse, their recommended mouse — the Logitech Marathon M705 — rated pretty highly on my list of replacement candidates as it had been vetted by The Wirecutter. My main reservations with that unit were that it was much larger than my current mouse, and I wasn’t sure about the shape, either — it looked comfortable enough, sure, but I’m kinda used to the mouse I have now, even if it has bad ergonomically.

As it turns out, their previous pick in the best wireless mouse category was actually the Anywhere MX. That was enough to seal the deal — I had used one before so I knew what to expect, so that was exactly what I ordered. Maybe next time I’ll be a little more adventurous in my mouse picks, but like I said, the Anywhere MX has been good to me, and in my book, that’s enough of a reason to buy it again as any other.