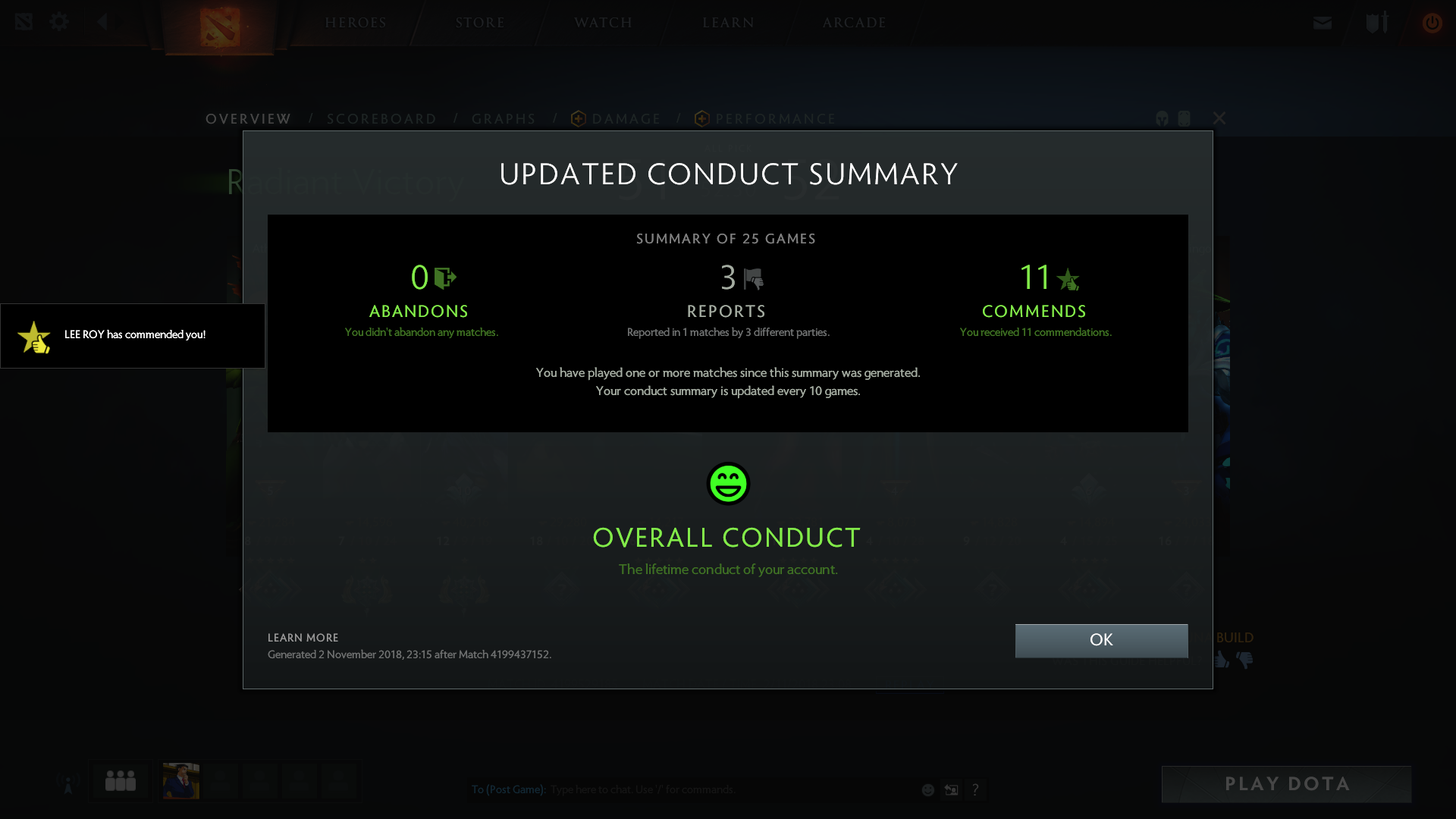 Unfortunately, I worked out a little while ago that I’m easily tilted from chat. I can count the number of times I’ve read relevant, useful information in chat on one hand, but the times I’ve read unhelpful, inane, and downright toxic comments has to number in the hundreds, if not thousands. I wish I could just ignore it, but in the intensely stressful situation of needing to do everything perfectly or lose the game and precious MMR, I’m not capable of taking everything seriously except for this one little thing. It’s just not possible.

People way more experienced than I have said that sometimes it’s good to to just mute everyone and play Dota. It’s a good idea in principle; people will rarely say anything useful, and you’re likely to disagree with whatever they say anyway, so instead of subjecting yourself to their terrible opinions on what items you should build, you should preempt any of that and just mute them when the game starts.

For a while, I was doing just that: muting everyone as soon as the draft was over, and playing my own game. You could make the argument that by muting everyone on your own team, you’re instantly giving yourself a disadvantage compared to the other team that has potentially good communication, and while that’s true, there’s always the possibility that you’re better off playing your own game instead of however the other four players on your team want you to play.

No, better to mute everyone and focus on your own game.

But instead of straight-up muting everyone, there’s a better way: the mute all incoming chat option in settings. It’s a bit overkill in that it blocks all voice and text chat from your allies and players on the opposing team, but it doesn’t block things like pings. And while muting individual players from the scoreboard blocks text and voice chat, you also don’t get any of their chat wheel responses, or hero/item/ability alt-click pings. That’s not the case with the mute all incoming chat option, meaning you can still get some useful communication with your team, while cutting out any time they decide to be “helpful”. Of course, your own chats and pings aren’t muted to them (unless they also have you muted), so you can still communicate useful information back.

It’s a good idea if, like me, you are easily tilted by what your allies say. I just want to play and get better at playing Dota without having to worry about the future of humanity as represented by the individuals who queue for, and play ranked.

After all, it’s just a game.