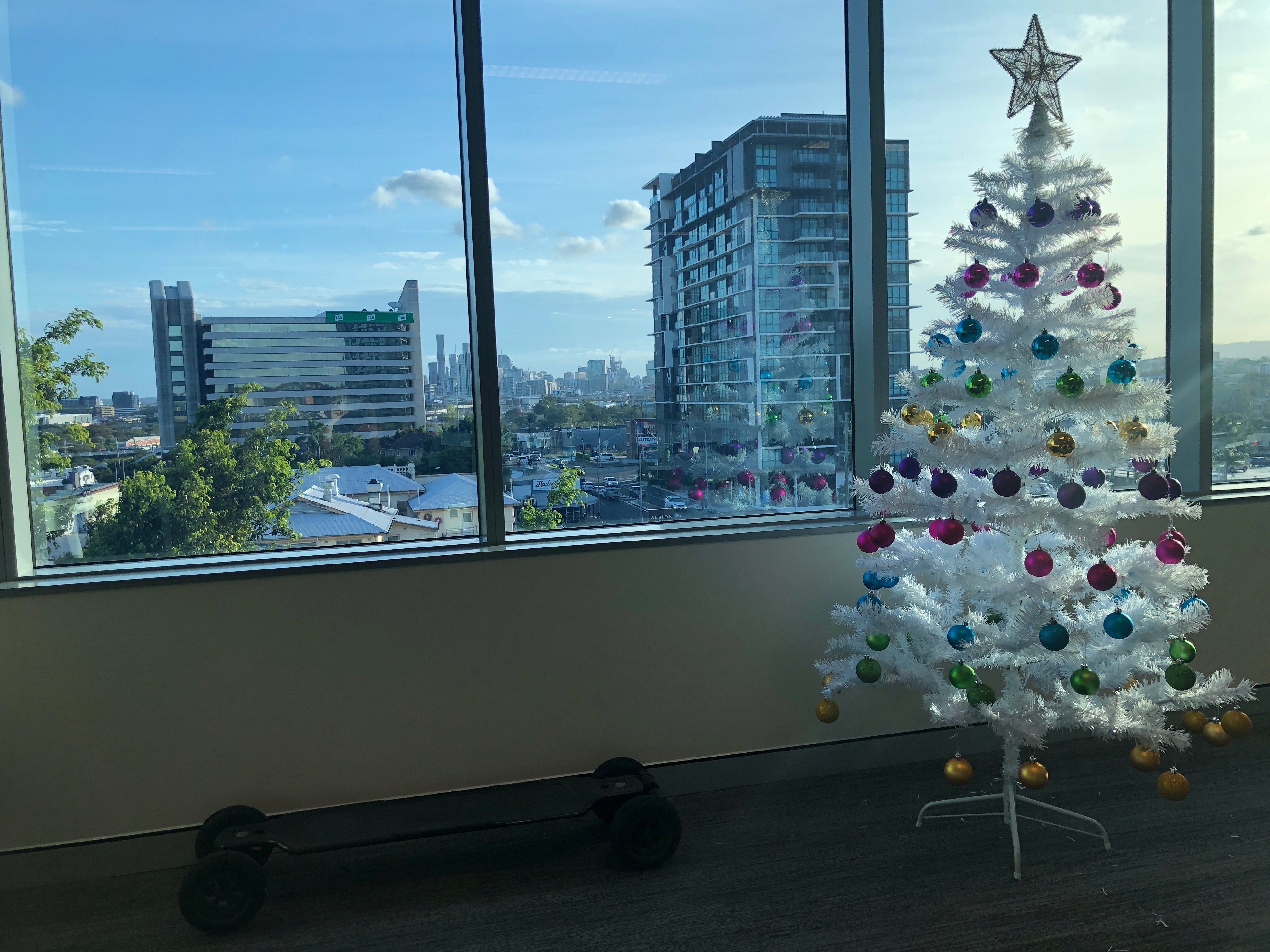 Unlike last year, I’m working through this year’s Christmas/New Year period. Mostly because I don’t mind working through what is one of the most chill (work atmosphere-wise, not temperature wise now that we’re in the middle of a hot and sweltering Queensland summer) periods of the year, but also because I really have nothing better to do, and no one to spend the time off with.

Anyway, I’ve been working full time for about four and a half years now. It’s not that long, when you think about it, but at the same time it’s also the longest period that I’ve ever worked full time, outside of a few weeks during school holidays and whenever I wasn’t too busy with university. And for the most part, it’s pretty great. Sure, work occupies most of my time, but it also gives me some degree of freedom, a degree of being truly independent that’s hard to put into words. On some level, there’s a part of me that enjoys the routine. Working full time has brought a certain degree of structure to what was previously a very haphazard arrangement of the things and events that made up my life.

But there’s a couple of things about corporate culture that I don’t really understand. For starters, what’s the deal with the unwritten law which says otherwise normal people who work full time have to hate weekdays and express this constantly to their colleagues? Everyone’s all “yay, hump day” and “finally, Friday” all the time, and I’m like, OK? Or maybe “yeah, haha”. I get that having a break from work is important, and there’s absolutely nothing wrong with looking forward to the weekend. But can’t you be enthusiastic about being at work and doing cool, interesting, meaningful stuff? Unemployment is hardly what it’s cracked up to be, especially when you have kids to feed, a house to pay off, and whatever other adult commitments/drug addictions you have. Hey, I don’t judge.

It’s as if all of these people who look forward to the weekend want time to go faster or something. As if they’re in some kind of a hurry to experience the weekend, their next big holiday, or whatever else they have to look forward to that isn’t work, instead of living in the here and now. On some level, I can see where they’re coming from. If I had some big holiday planned, or time off with my significant other, I probably wouldn’t want to be at work either. But here’s the thing: I don’t think looking forward to the weekend and wanting a few extra hours in the day so you can finish just one more thing at work are mutually exclusive. It’s entirely within the realms of possibility to enjoy what you do at work, put that little bit of extra effort in, and still be able to relax and enjoy your weekend/holiday/time off.

So, every time someone laments at how the week is going slowly, or how they wish it was Friday, I smile and nod. I don’t always agree with then, but then again, I haven’t been working full time for nearly as long as they have. Maybe in a few years I’ll be in their position, wishing time would pass faster so I could be doing what I really want to do. I doubt it, given that I already feel as though time is already passing fast enough, most of the time, but I digress — that’s for another time.

Like everyone else, I’d love to not work and get paid for it. But unless I somehow get extremely lucky, the realist in me says I’ll probably have to work until I’m old or dead, one of the two. Just like everyone else, really. And if I’m working, I might as well try and make something of it, right? I might as well try my hardest and put a little effort into what I’m doing, because what’s the downside here? It seems unlikely that I’ll get fired for trying my hardest, because that’s not really how capitalism works. Or so I’m led to believe, anyway.

There’s also a certain degree of personal independence that comes with working that is somewhat satisfying, even if it means my days are filled doing work for the man. I still have nights and weekends to myself, so it’s not all bad.

There are days when I wake up, have some breakfast, take a shower, get dressed, and then leave for work. Sometimes I mix up the order of the things in the middle of that particular sequence to keep things interesting. But as I’m walking towards the elevator in my apartment building, sweating in the awful heat and humidity of Brisbane weather in the summer, I ask myself: “how much longer can I do this? How much longer can I put up with this monotonous drudgery?”

A part of me tells me to suck it up, like it always has. After all, everyone else is in mostly the same position. What, you think you’re unique or something?

When I first wrote this draft, the first sentence of the second paragraph read that I had only been working for 18 months, as opposed to the almost five years I’ve clocked up now. A lot has changed during that time.

While I still work in IT, I’ve moved into a different team, doing more application support than pure break/fix type work. It involves a lot more thorough testing of changes, not just merely finding workarounds to problems until someone else can fix it. I try and be optimistic about the change, but I’m wary of the fact that at an organisation of any size, change takes time.

Most of the time, it’s not another day, another dollar. Well, it is that all of the time. But most days, I try and make a difference. I genuinely enjoy enabling others to do great work, whether that’s via more efficient/simpler tools and processes, resolving issues, or otherwise helping them understand something they didn’t before. That’s what keeps me coming back, day-in, day-out.

There’s a not insignificant part of me that hopes all of this is enough to make me stand out against the umpteen other brilliant people that could do my job just as well as I do, if not better, but at the same time, I realise I’m not perfect. I’m not without my own flaws, and that simple fact pushes me to be better than anyone else. Sure, there might be nothing saying and nobody telling me that I don’t have to stay back late, or go above and beyond in everything that warrants the extra effort. But if I don’t, someone else will.