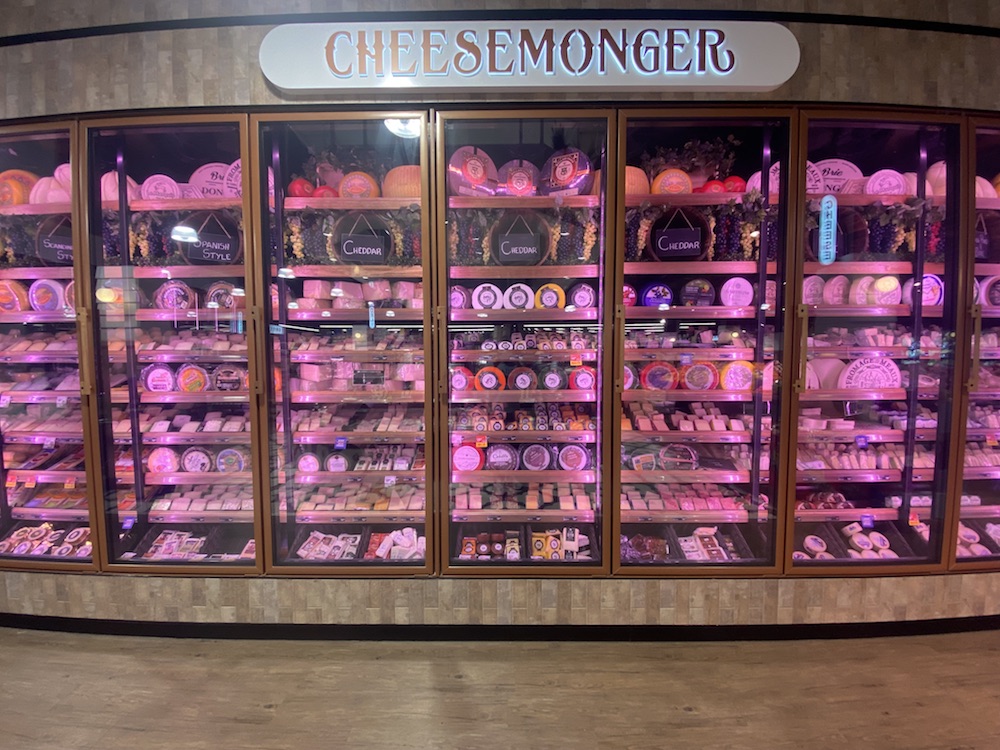 What you see above is most of the cheese wall, with the last doors on either side cut off. I wish I was able to get a photo of the entire thing; alas, the cheese wall is located prominently in the supermarket — almost like they want to show off their expansive cheese selection — and its proximity to the staffed deli meant that getting good photos is awkward at best. Notice the slight distortion of the iPhone 11 Pro ultra-wide as it is.

I know what you’re thinking. Another food post? I’m no foodie. For reasons that I’m not completely prepared to explore at the moment, I can’t write about anything else right now, so food posts are all I have. Safe, effective, and basically inoffensive to anyone — unless you’re a foodie, in which case I apologise in advance. Because I am not.

I moved into my own place at the start of 2020. Those were different times, before Covid. Before any of us really knew what a pandemic meant, the impact it would have on our lives, and how it would — some say irrevocably — change our lives. But I digress. When I moved into my own place, one of the first things I did was walk around the local neighbourhood to see where I could get food. Besides the obvious reason, this was important because I wanted to know where my local restaurants were, in case I ever decided I wanted to eat somewhere often enough to become a regular.

There was this one Indian restaurant about a ten minute walk away. Nestled in between an IGA on one side, and a Japanese restaurant on the other, it wasn’t particularly remarkable in any way, but I put it on the list anyway. Having another go-to Indian place meant there was yet another chance they would serve authentic, delicious naan, alongside other Indian staples like butter chicken and lamb korma.

As fate would have it, I never got to eat at that Indian restaurant. There were and are simply too many other places to eat within walking distance of my new place, and for exactly that reason, I never made it to that particular Indian restaurant. My go-to Indian restaurant was about a ten minutes walk in the opposite direction, and their naan and lamb korma is just as good as any other. It was probably something like late July or August 2020 by the time the stars aligned and I decided to go there and eat, but I was greeted only with disappointment. Disappointment, and a sign that said the restaurant was closed for renovations. I couldn’t help but think that renovations seemed like a particularly convenient excuse for “Covid-related impacts” like so many other businesses and restaurants, but all I could do was make a mental note to come back some other time.1

And with that, I kind of forget about it for a while. I walked past every couple of weeks or so, but either Covid has really impacted their renovation process, or they’re just taking their time. But it’s fine, I can wait, and in the meantime, there are plenty of other places where I can get takeaway. Fast-forward almost an entire year, and while I’m waiting for Japanese takeaway at the place next door, I notice that what was previously the Indian restaurant I was looking forward to eating at, is now an even bigger IGA than what previously existed.

While I’m initially disappointed that the Indian restaurant is no more, having an IGA within walking distance isn’t exactly a bad thing either. Out of curiosity, I go in. The first thing I notice when I walk in is that it’s not just any IGA. It’s a full-blown, supermarket-sized IGA. It’s incredibly modern, thoughtfully well-designed, and also huge. I’m not sure what these Seasons people are doing, but their IGAs — the single one I’ve been to, anyway — are top notch supermarkets.

And that, dear reader, is when I see it.

A entire wall of the already massive supermarket.

In thirty years, I’ve never seen so much cheese.

There’s cheddar, of course, but so many other varieties of cheese besides. Plenty others that I have no idea how to pronounce, and others still that I have never even heard of. All displayed behind glass doors covering what appears to be a temperature and humidity-controlled environment to ensure that the cheese stays at the ideal consistency.

It’s impressive, to say the least.

I’ll always lament the loss of what could have undoubtedly been a fantastic Indian restaurant, but having it replaced with an incredible selection of cheese is just about the next best thing.