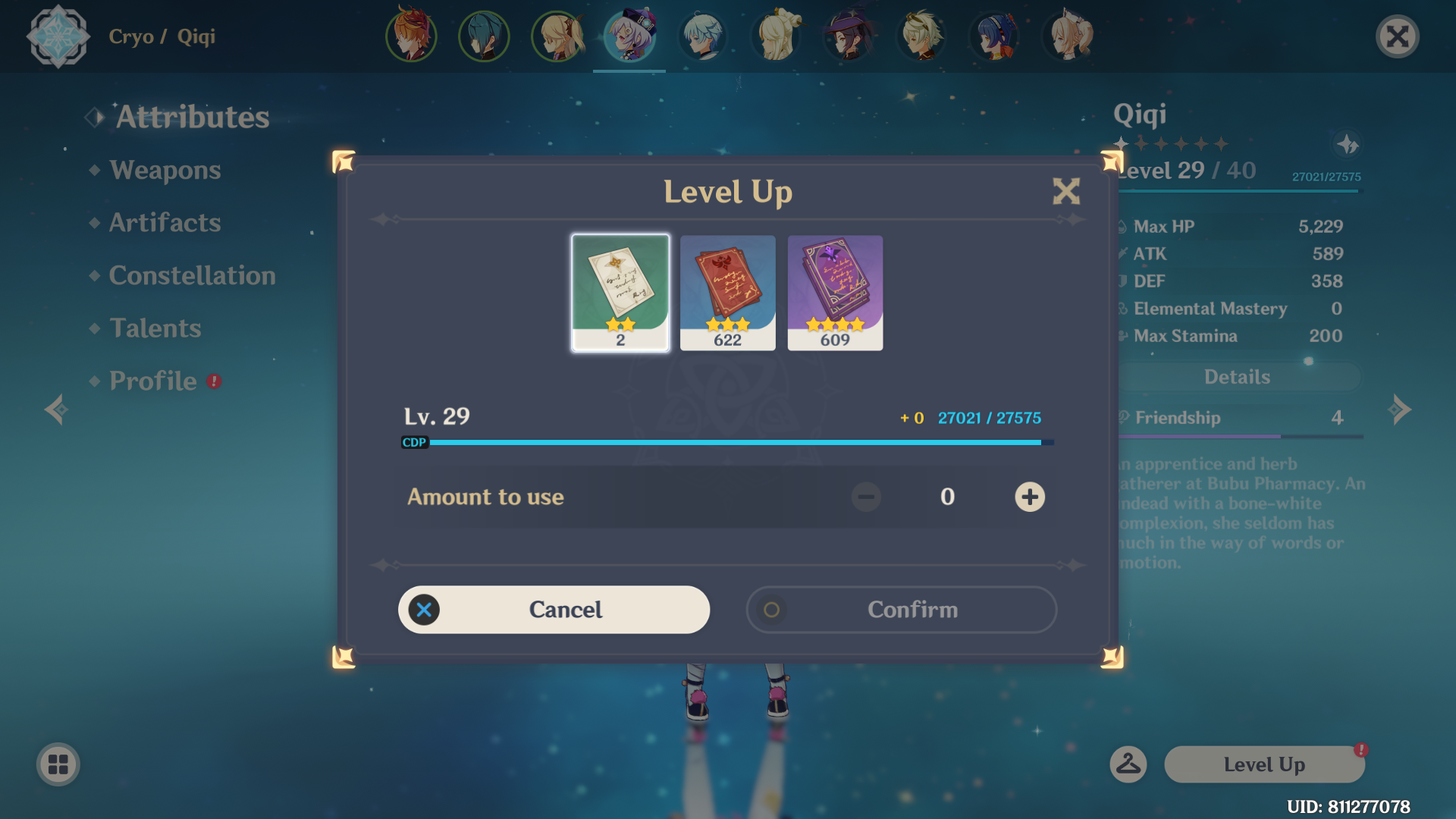 When did things get so hard?

With every year that passes, every birthday post that isn’t posted on my actual birthday because I continue to make up reasons as to why I can’t seem to post things on any sort of schedule that have nothing to do with the real reason I can no longer post on my actual birthday, I find myself becoming increasingly worried that time is running out. I don’t think it’s because I’m afraid of getting old, per se, it’s just that I realise have less time to do the things I might want to do.
No one wants to wait until they’re old and frail to travel the world, but when you’re young, you often have a different set of priorities which mean it can be hard to find the right balance between having a career you’re happy with and still have enough time to yourself to do the things you want to do. Everyone’s time is limited, and I get that, but it can be hard to find the balance between finding out who you are, and just being yourself.

But who hasn’t? Who hasn’t thought that they work too hard, and live too little? What, you think you’re unique or something?

It’s not as if I’m not doing things, either. I do things that help me accomplish my goals — executing strategies in real life, just like I do when I’m trying to destroy the other team’s ancient in yet another game of Dota 2 — but often, it feels as though I’m not moving fast enough. I know that there are no shortcuts a lot of the time, but it’s still frustrating to be moving at a glacial pace when you want to be sprinting. We’ve been through all of this before, so I don’t want to sound like a broken record, but it’s something I think about when I’m writing melancholic blog posts reflecting on another year gone by.

It’s 2021 now. This post was originally drafted in 2020, but after that year that was, it’s only getting posted now for certain reasons I’m sure you’ll understand. 2020 was a heck of a year, and definitely not for the right reasons.

As if 2020 wasn’t already hard enough, I asked myself some tough questions. How do I become a person that I’m proud to be? How do I stop being jealous, obsessive, or so judgemental? How do I become a loving husband and dedicated father, should I ever find myself in that position? Is there a book for that? Some Medium post I can read? How do I know what I want out of life? Can I watch some inspirational YouTube video and instantly get all the answers?

Of course not. That would be too easy, and as I’ve been saying, life isn’t really like that. Besides, YouTube is filled with conspiracy theories and algorithms that are designed with engagement in mind but somehow end up you showing you videos from Linus Tech Tips, and Medium, well, Medium is paywalled to such an extent that I have not one, not two, but several different methods of bypassing it.

END_OF_DOCUMENT_TOKEN_TO_BE_REPLACED

Never memorise what you can look up in a book.

Like I said, there are no questions anymore, only answers and Google.

A wise man said something along the same lines not too long ago, and I realised the other day how true his words actually were.

Scenario: you’re at a party or some other social gathering. Maybe out in town with a few mates or whatever, and you find yourself in an argument over, say, the Nexus 7 is the only tablet to be released thus far with Android 4.1, Jelly Bean. Your back and forth about how you know for sure that the Galaxy Nexus is the only phone that currently has Jelly Bean is for all intents and purposes, irrelevant, because you want to find out what current Android tablets can run Jelly Bean.

None of you know the answer for sure, so you pull our whatever smartphone you have, look it up on the internets, and find out that yes, indeed, the Nexus 7 is currently the only shipping tablet that runs Google’s latest OS.

There are no questions anymore, only answers and Google.

None of you know the answer for sure, so one of you decides to settle it by looking up the answer on the internet. Mobile data coverage is spotty where you are, but you managed to jump onto Bulbapedia and find that yes, “Pokémon native to Sinnoh and Hoenn can be found in various methods.”

Thanks to our constant connectivity, the proliferation of smartphones, and the basic need for burning questions to be answered in a timely manner, there are no questions anymore, only answers, and Google. In the old days, you might have had to wait until you were at home and at a computer before you could settle an argument — but by then, the moment would have passed, and no-one would likely care.

It’s a double-edged sword. Settling arguments is one thing, but such definitiveness (yes, that’s a word now) means that there’s no mystery. Of course, you could always not Google things right there and then, but where’s the fun in that?

This shorter post, apropos of nothing, proudly brought to you by random thoughts in Benny Ling’s brain.

Sometimes, stupid little questions, like: why did that girl stare at me? Is my fly undone? Do I have something unpleasant coming out of my nose? Is there something wrong with my face? Did I say the right thing? Did I act the right way?

These questions don’t really matter. I usually forget them after a few minutes, and then I move on to some of the more important stuff.

More important stuff, like: what kind of message do I want to convey when writing? What do I want to write about? Should I hit publish on this piece, knowing that it might not be my best work yet? Or should I publish that piece anyway, and just throw caution to the wind?

These questions matter a little more. They don’t really affect anyone apart from myself, and even then they’re usually forgotten the next day, or a few days later. There’s nothing wrong with these questions, per se, and sometimes they should definitely be asked, but the real, life changing questions are where it’s at.

Questions like: what should I be doing with my life? Am I really happy doing this Uni degree? Why can’t I seem to get the right work done? Why does the reward always seem to dictate the amount of effort I put into things? Where is the light at the end of the tunnel? How am I supposed to feel about various things? What kind of an effect does that have on my life? Where do I want to be in 5 years? Where do I want to be in 10 years? What is the meaning of life, the universe, and everything?

If only I could answer all these questions. I know no-one has all the answers to everything, but why are there so many unanswered questions anyway? Where do I get the answers from? How do I get out of this rut?

And finally, the most important question of all: what graphics card should I get for Battlefield 3?

Aardvark is a social search service that connects users live with friends or friends-of-friends who are able to answer their questions. Users submit questions via email or instant messenger and Aardvark identifies and facilitates a live chat or email conversation with one or more topic experts in the asker’s extended social network. Users can also review question and answer history and other settings on the Aardvark website.

When a user joins Aardvark, Aardvark is added to the user’s IM buddylist. Users submit questions by email or IM. Aardvark guides the user through the question process by providing messages that confirm receipt of the question and explain any actions required by the user. IM users are also able to use a variety of “IM commands”–one word messages that can be used to fine-tune the question parameters, invite new users, or get help.

If you need an invite link, feel free to use mine, available here.

Some people have responded to Aardvark by saying that it’s example questions can be answered using Google – and for the most part, I agree – increasingly, I find that people who use Aardvark are just damned lazy.

For example, I got this from some guy in Sweden:

How do I printscreen when using Parallels Desktop on a Mac?

Not having used Parallels before, I decided to Google it – I eventually stumbled across a couple of forum threads that suggested using XP’s built-in on-screen-keyboard with it’s printscn key worked a treat. It took me what, 30 seconds to look on Google? For crying out loud.

Another one I got was:

At the time Lifehacker hadn’t released their article detailing free data recovery tools, so Google proved fruitless. Of course, I wasn’t searching for “linux data recovery”, so I have to brush up on my Google-fu.

Last one I thought was pretty stupid:

How can i nstall the newest version of ICQ on my Windows 2000?

I mean, COME. ON. HAVE YOU HEARD OF GOOGLE?!

No, Aardvark is best used for those personal questions. “What’s the best way to ask out a girl?”, “Where’s the best place for a good meal on a saturday night in Hobart?”, “How do I tell my girlfriend of 15 years that I’m gay?” Okay, I’m kidding on the last one. But really – those personal recommendations that you can’t get though Google work a treat on these so-called “social networks”.

To each his own, I guess.

Anyways, if you need an invite link, hit up mine: available here.