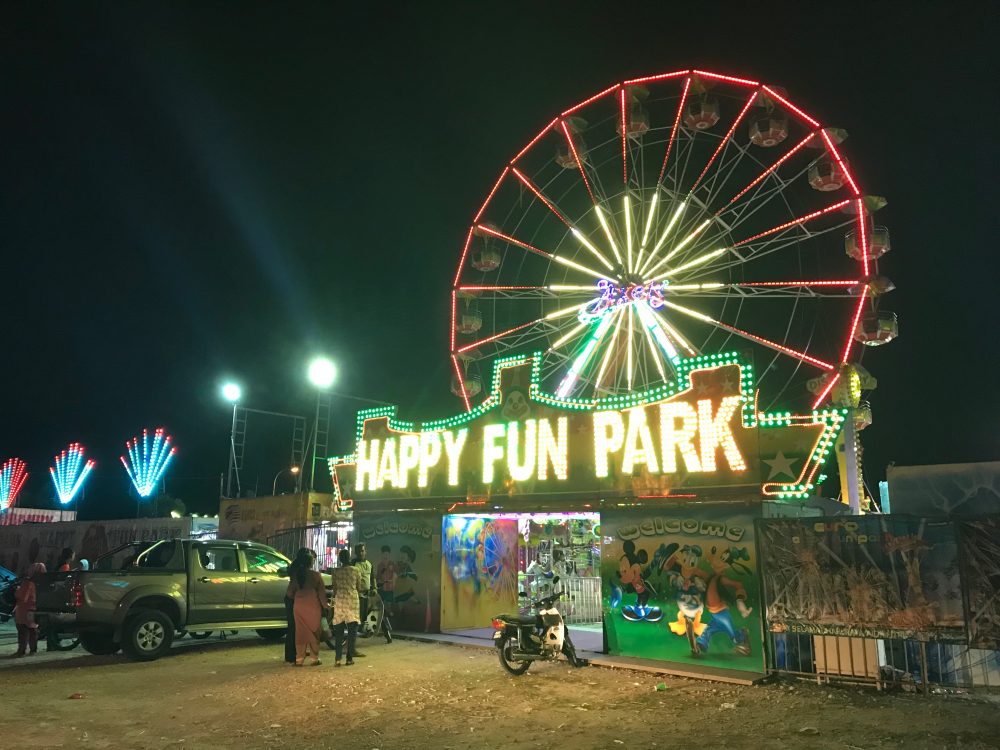 We had passed it a few times. Driving to Aeon, you could see it from the highway. In the daylight, it looked abandoned and near-derelict, a collection of small-time amusement park fare. A merry-go-round, bumper cars, and a bunch of those games of skill that tempted you with stuffed animal prizes. Nothing permanent, but a collection of the kind of amusements you might find at the show of a small, regional town. Which made sense, this being Sitiawan and all.

The sign on the front said Happy Fun Park, but I wasn’t so sure.

We went back when it was actually open, at night. While it looked abandoned during the day, that changed completely at night. Flashing neon lights and fluorescent lighting lit up the rides and small booths, and some generic dance/electronic music added an almost cool vibe. My cousins weren’t too interested in any of the rides — they seemed mostly designed to entertain teenagers, not semi-independent twenty-somethings — but we went on the Ferris wheel anyway, in the hopes that it would give us a decent view.

One of the rides was the swinging-hammer type that did a fulled 360-degree rotation around its centre. I had ridden one of those in Hong Kong in what would have been nearly a decade ago, so I wasn’t really interested in riding it again, and especially not alone. Eventually, I convinced one of my younger cousins to ride the swinging ship with me. You know the type; it’s a gentler ride, but can still make you feel a little funny. Unfortunately, the novelty wore off after about 30 seconds, but the ride seemed to go on forever, or at least entirely too long. I thought my cousin was going to throw up, but she just looked mildly sick — this was after we just had a massive banquet dinner, so I’m not sure I blame her.

I tried my hand at a game of skill with another cousin. I didn’t completely understand the rules, but the idea was that you had to pop balloons with darts. Having played electronic darts at a bar a few nights prior, we gave it a half-decent go and got pretty within one or two balloons of a prize, but we ended up missing the last one and ended up winning absolutely nothing.

The way you paid for rides and amusements was with these small purple tokens, and I ended up keeping one of the tokens as a memento.

A reminder of simpler times, perhaps. Or maybe to just have fun every now and again. 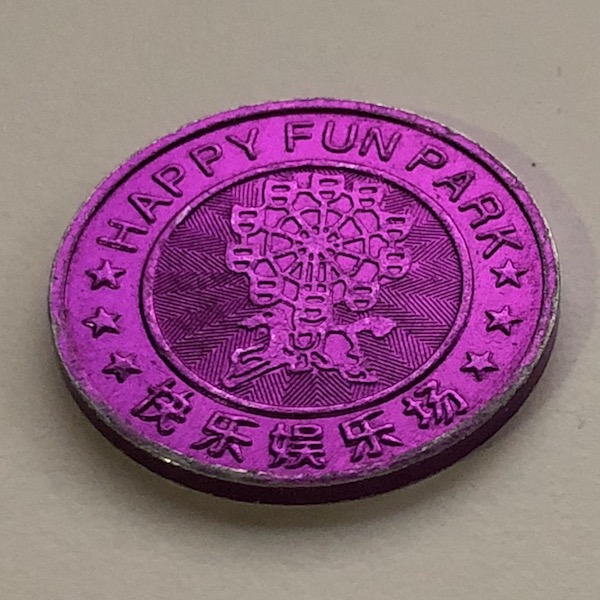