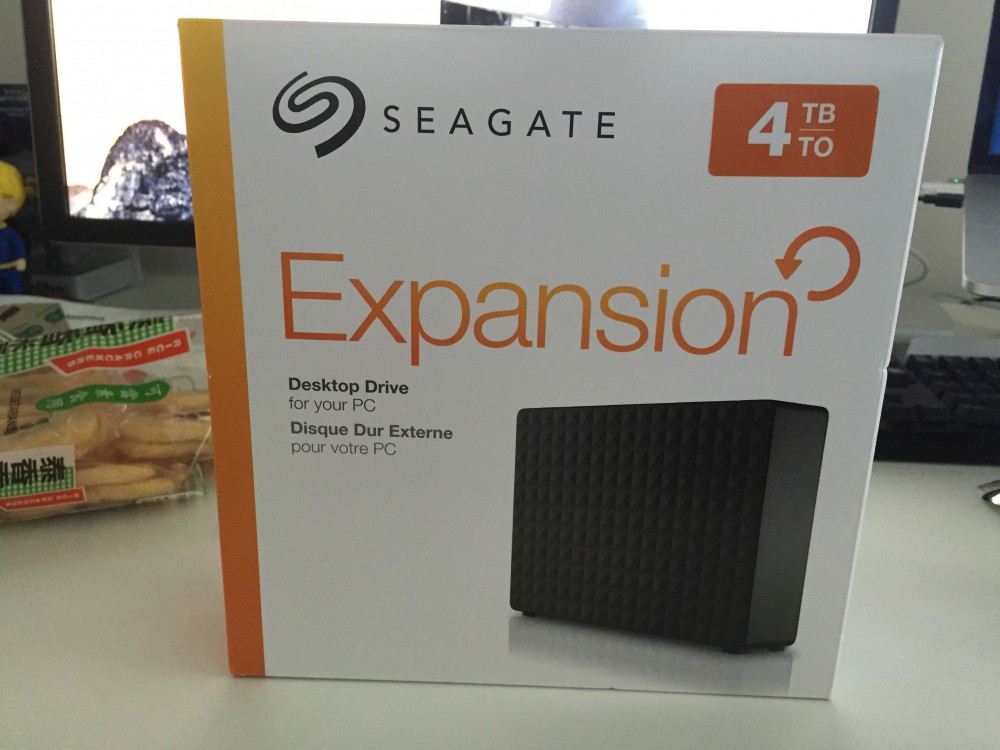 When I moved to Brisbane, I decided against bringing my NAS with me. I can’t remember my reasoning at the time, but it was probably something along the lines of “my external storage requirements won’t be as extravagant if I’m living alone, without an NBN connection”. Besides, I had my directly-connected external USB hard drive if I needed to store anything, the same external hard drive that I’m using for Time Machine. With that mindset, I loaded up a couple of my favourite TV shows and things I thought I’d be able to watch, and figured I could either re-acquire the rest or collect it the next time I was in Hobart.

It’s been long enough that I’m starting to miss my media collection. I’ve re-acquired a bunch of stuff in the meantime, but it’s just not the same, you know? My ad-hoc acquisitions aren’t of the same calibre as my carefully-curated collection back home, and what’s more, I’m starting to worry about the ever-shrinking space on my external hard drive. Plus, there’s the stuff that just isn’t available anymore, or is enough of a pain to re-acquire that I haven’t bothered.

Which is why I’m thinking about another NAS. A NAS solves all my problems: it lets me access all my media from a device other than my Mac, it helps alleviate the storage situation on my external hard drive, and if I bring a NAS back home and make another copy of all my media, then I’ll be able to access all my old media, like nothing ever changed.

But it’s 2016 now, and NAS devices are a touch more complicated than buying a $200 HP MicroServer, stuffing as many drives as I can in it, and calling it a day. I can still buy a MicroServer, of course, but they’re a touch more expensive now, so what else is out there?

If you’re looking for a fully-featured NAS (one that can not only store network-accessible media but also act as a Plex server, downloading machine, and whatever else you want it to be), then you’re going to either look at Qnap or Synology. From what I can tell, there’s much of a muchness between the two brands: both do more or less the same thing, although if we’re being forced to separate the two, you could say that Synology’s are more consumer-oriented than the Qnaps, but Qnaps also feature from-device media playback capabilities the Synology units don’t.

The Qnap range of devices appear to have more advanced features, such as the ability to run a full-blown OS via virtualisation thanks to their more powerful CPUs, while the Synologys lag behind in that regard. On the other hand, I’ve heard that Synology NAS units are more user-friendly in the user interface department, and also have more apps for you to access your media from a variety of devices. Other than that, the two are basically identical in terms of speed, power, noise, heat, etc.

I guess the decision will come down to what I’ll mostly be using it for, and that will be accessing media from my iOS devices. My Mac can just mount the file share and check out files that way, so no worries, but if I’m running a Plex server on the thing and want the best possible transcoding performance1, then surely a Qnap would beat Synology devices hands-down.

And once I’ve decided on which brand of NAS to go with, do I go for a four-drive or two-drive solution? I’d immediately fill two drives due to my desire to run them in RAID-1, but by the same token, I’m wondering if I need four drives.

Of course, deciding between Qnap and Synology is also going off the fact that I’m not interested in administering my own home server any more. I don’t have an NBN connection in my tiny unit, so there’s no need to run a Minecraft server for a few friends, or share media with my sister. Plex and a thing that downloads stuff is all I really need, and at a stretch, not even Plex — just some network-accessible storage.

While we can debate all this until the cows come home, if I don’t have any more information, it’s time to make a decision — which is why I’ve ordered a Qnap TS-453 Pro and two 6TB drives. I might not need the four drives now, but maybe I will in the future. And while I might not need the transcoding performance, maybe it’s better to have it and not need it, than to need it and not have it.

We’ll just have to wait and see how all this pans out.